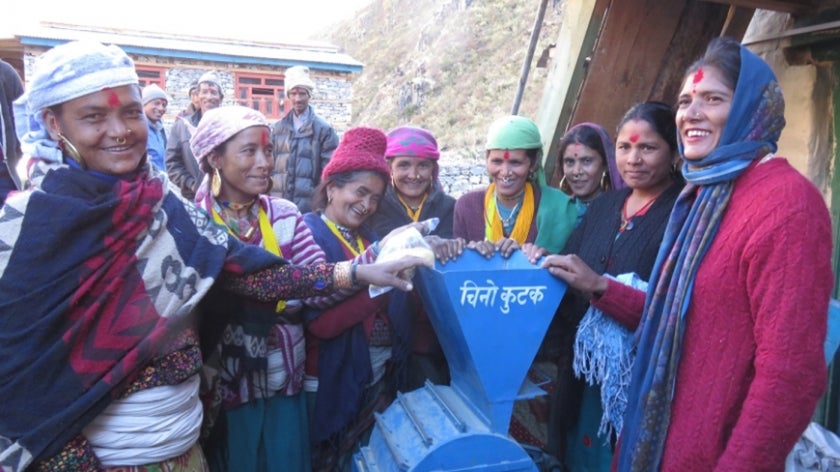 Remote mountainous regions of Nepal are harsh places in which to survive and make a living.

To tackle some of these challenges, the UN Environment Programme (UNEP) and partners are working with the local community to conserve biodiversity of crops, to boost food security and resilience.

The 2014-2020 GEF-supported project was implemented by UNEP and executed by Bioversity International in collaboration with national partners—the Nepal Agricultural Research Council, the Department of Agriculture, and Local Initiatives for Biodiversity, Research and Development.

“The project is truly for the community, by the community,” says Manoela Pessoa de Miranda, a UNEP biodiversity expert. “It is helping improve food security and livelihoods, while bringing people together to conserve agrobiodiversity.”

The project faced two major hurdles in five years: devastating earthquakes in March and April 2015, which badly affected two of the four sites, as well as a major administrative reform which saw the introduction of a new federal system in 2017.

Despite the disruptions, government officials believe the project has made a difference. “The project has developed the foundation for promoting and mainstreaming traditional crops,” says Deepak Bhandari, Executive Director of the Nepal Agricultural Research Council. He also hailed the launching of the national project website.

“The project made us aware of the value of local crops,” says Depsara Upadhaya, a farmer from Chhipra village in the northwest of Nepal. “We received support to establish a community seedbank in the village, and electric machines were made available to process finger and proso millet. This brought great relief to women in my village by reducing the physical strain of manual threshing.”

“Crop biodiversity contributes to nature, which is an essential source of many drugs used in modern medicine. Globally, nearly half of the human population depends on natural resources for its livelihood,” says UNEP biodiversity expert Marieta Sakalian.

Since its inception in 2014, the project has been boosting mountain crop biodiversity for the benefit of local communities and farmers. Results include:

Planting for the future in Colombia's tropical dry forests