The ASA Wright Nature Center is the owner and guardian of approximately 1,500 acres of land in Trinidad's Arima Valley.

April 7, 2016 - Located in the lush Arima Valley in the northern region of Trinidad, the Asa Wright Nature Centre (AWNC) is a nonprofit trust established in 1967 and one of the first established in the Caribbean. Its goal is to "protect part of the Arima Valley in a natural state and to create a conservation and study area for the protection of wildlife and for the enjoyment of all."

To further its mission, in 2012 the center received a grant of US$50,000 through the GEF Small Grants Programme (GEF SGP) , implemented by the United Nations Development Programme (UNDP), to fund the Biodiversity Conservation, Ecotourism and Community Development in the Arima Valley project. The project aimed at enhancing conservation education, ecotourism and research, community development, and national efforts in biodiversity and watershed protection.

Friendly staff, bird-watchers and dozens of birds, especially iridescent hummingbirds attracted by the nearby feeders, welcome guests on the famous veranda.

Since then, the center has achieved great results in environmental conservation and education and protected over 1000 acres of tropical montane rainforest in Trinidad's Northern Range.

In partnership with the University of the West Indies, AWNC has improved its research and now studies insect biodiversity. Other research includes oilbird and bat monitoring through GPS tagging, mammalian camera traps, and bird and butterfly surveys. Gathering valuable data on the island's flora and fauna contributes towards Trinidad and Tobago's biodiversity conservation goals and helps inform the country's environmental agenda. 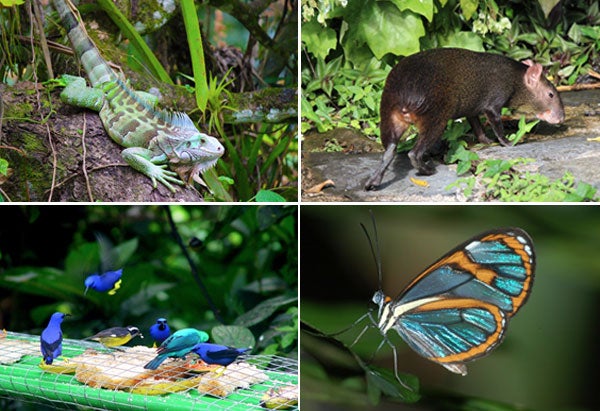 AWNC is home to thousands of species, including the Trinidad motmot (an endemic species), agouti, deer, ocelot, quenk, oilbird, lappe and tattoo, as well as 12 fern species, 42 butterfly species, 181 vertebrate species, over 150 species of birds, and approximately 23 species of bats.

The education and outreach program is another successful part of the project. Between 2012 and 2014, 1,495 students were reached in schools, and over 2,000 children visited the AWNC. It helped children learn about the importance of biodiversity conservation and ecosystems. The center also started vacation camps to establish links between children and nature at an early age.

"We teach our children the importance of what we have here at Asa Wright and [what] this represents for their future. They will bring home the education they receive at school that, hopefully, will help them see that new job opportunities can be created by caring for and maintaining their environment," said Ms. June De Gale, AWNC Deputy General Manager. 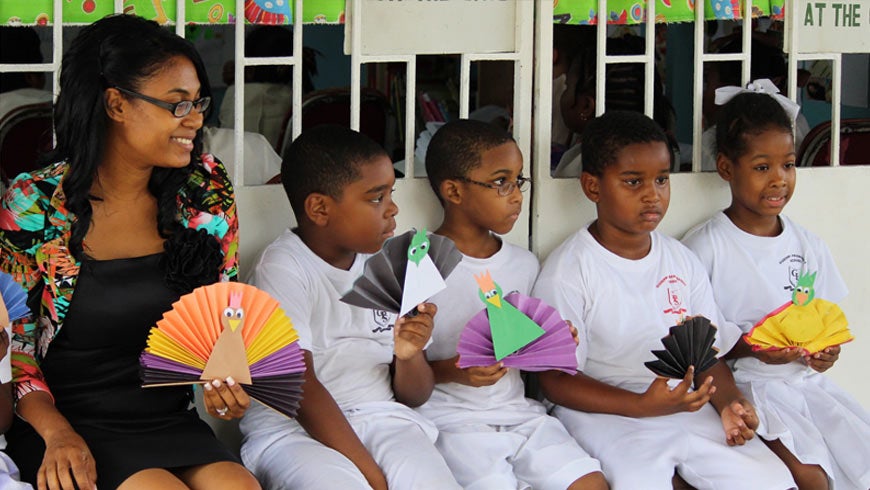 Ms.Villafana's students at the Giuseppe Preparatory School in Arima, Trinidad, have no doubts: the nature that surrounds them is amazing, and they know it's important to take care of it. Like their schoolmates, these third-graders also know the meaning of the three Rs that stand for Reduce, Reuse, and Recycle. All of this thanks to the teaching of Ms. Johanne Ryan, a conservation officer at the AWNC who works with local schools to educate children about environment conservation.

Building awareness, however, is just one part of the social impact the project is making on the communities. To strengthen their skills and increase their income, local entrepreneurs participated in workshops on grant proposal writing, building with bamboo, chocolate-making, customer service, and tour guiding. Some of them have already developed their own chocolate or coffee-based delicacies or make jewelry and other crafts that they sell to locals and visitors.

"Strong community involvement is key to the success of any SGP project. Through regular interventions such as phone calls, emails and site visits, links with the participating communities were maintained. Their involvement is key at every stage of the project including design, implementation, reporting, and knowledge sharing," said Rissa Edoo, Trinidad and Tobago GEF SGP.

Through financial and technical support to AWNC, GEF SGP demonstrated that community action helps people and the environment to live in balance supporting each other.

The Learning Goes On

The GEF Expanded Constituency Workshop (ECW) for the Caribbean Region, held in Port of Spain, Trinidad and Tobago in March 2016, created an opportunity for the valuable lessons emerging from this GEF project to be shared among GEF stakeholders.

The ECWs provide an opportunity for GEF political, operational, national convention focal points and NGOs representatives to discuss and plan GEF programming and strategy at the national and regional levels.

As part of the Trinidad's ECW, a GEF Knowledge Day allowed participants to visit the AWNC and interact with project managers and beneficiaries. About 120 participants learned about key project components such as education, eco-tourism, conservation and research, community development, and finance and scale up.