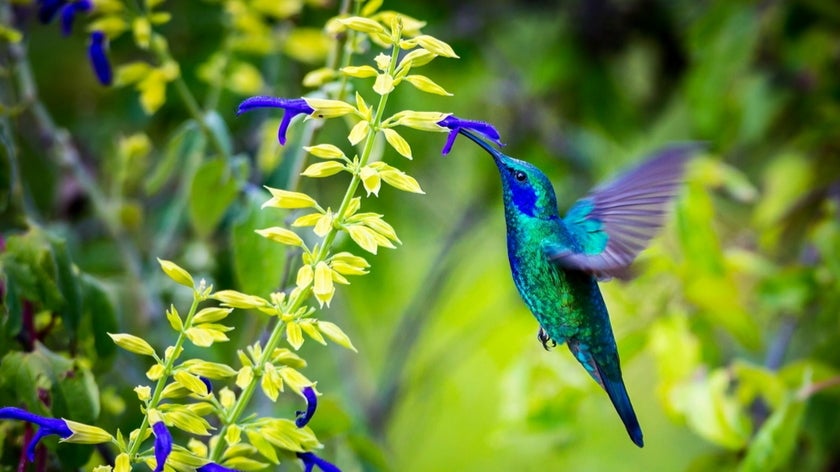 The Global Environment Facility’s member countries are approaching broad consensus about expanding the size and scope of its support over the next four years.

Meeting virtually, representatives of the multilateral fund’s donor governments found significant common ground on proposed policies and programming priorities for the GEF-8 funding period, which covers the period from July 2022 to June 2026.

They expressed support for a scaling up of the GEF’s efforts to enable Least Developed Countries, Small Island Developing States, and other developing countries to meet their international environmental commitments and make progress toward critical 2030 goals, including targets to protect 30 percent of the world’s land and ocean.

GEF CEO and Chairperson Carlos Manuel Rodriguez welcomed their signals of support for a more ambitious approach to address the world’s environmental challenges, in collaboration with Indigenous Peoples and local communities, the private sector, and other financiers.

“Momentum is building for an ambitious GEF replenishment with a strong emphasis on biodiversity, chemicals and waste, and renewed efforts to tackle climate change, pollution, and other threats to nature in a coherent, consistent, and integrated way,” Rodriguez said. “I am very optimistic about what the GEF partnership can deliver.”

The GEF trust fund replenishment occurs every four years. In 2022, they are occurring in parallel with high-stakes negotiations on biodiversity, chemicals, climate change, desertification, mercury, and other environmental conventions that the GEF financially supports, many of which were delayed because of the COVID-19 pandemic and its restrictions on travel.

This week’s discussions were co-chaired by the World Bank, which as the GEF’s trustee has responsibility for the mobilization of resources for the trust fund. World Bank Vice President of Development Finance Akihiko Nishio welcomed the constructive engagement from participants on topics including the proposed programming scenarios, policy recommendations, and global environmental benefits targets that will determine the level of support the GEF provides to developing countries in the coming four years.

“Thank you everyone for this extremely productive and positive meeting building lots of consensus in the GEF-8 replenishment negotiations. This is bringing us closer to the conclusion of the GEF-8 negotiations,” Nishio said.

The GEF is the only multilateral fund dedicated to biodiversity conservation and is one of the largest and most trusted sources of financing for environmental initiatives in developing countries. Over the past 30 years, it has distributed nearly $22 billion in grants and mobilized an additional $119 billion in co-financing for pioneering efforts to protect nature and address climate change.

To date, the GEF has set up and sustained protected areas on the land larger than the size of Brazil and is now helping countries establish even larger protected areas at sea, while also investing in healthier and more sustainable cities, food systems, forests, and waterways.

Over the course of GEF-7, which concludes in June 2022, the trust fund distributed about $1 billion a year to help developing countries meet their international environmental commitments, and scaled up efforts to work with the private sector and capital markets to fill financing gaps related to nature protection. Priorities for GEF-8 include building on these efforts with a concerted push in biodiversity protection in addition to increased programming related to climate change, chemicals and waste, land degradation, and international waters.

Also planned for the upcoming funding period are efforts to reduce the concentration of agencies working to implement GEF-funded projects and policies, to update the Small Grants Programme to empower local-level action on a wider range of environmental challenges, and to increase investment in capacity building and knowledge sharing to ensure lessons learned across the partnership are continually built upon.

In addition to donors, the March 8-9, 2022 meetings brought together representatives of recipient governments, international conventions, and implementing agencies, which create project proposals and manage them on the ground alongside government and civil society partners.

Caroline Eugene of Saint Lucia, addressing the virtual session on behalf of Small Island Developing States, welcomed the progress towards an ambitious replenishment and said the GEF’s upcoming funding period was an important opportunity for all states.

“SIDS are committed to contributing to environmental sustainability despite our minimal contribution to the degradation of the planet,” Eugene said. “Increased support from the GEF will make a big difference in our ability to take action on critical environmental needs, and to share lessons that we can all learn from and add to as we build a more sustainable world this decade.”