Apia, Samoa —Samoa is set to adopt a whole-of-government approach to climate change adaptation through a US$12.3 million initiative, in partnership with the United Nations Development Programme (UNDP). 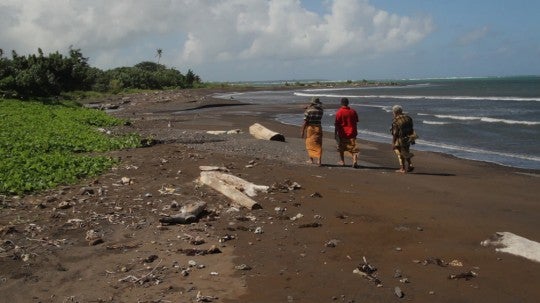 With financing from the Least Developed Country Countries Fund (LDCF), the Government will take critical steps to incorporate medium and long-term climate change and disaster-risk management priorities into the planning and budgeting processes of key economic sectors. It is expected that this will enable Samoa to better manage fast changing climate conditions that are eroding development gains achieved in the past decade.

“We can no longer grow or develop as a nation unless we ensure that every investment, whether it is in infrastructure, food security, watershed management, health improvement, or tourism, is informed by the most up-to-date data on climate change projections and expected impacts, particularly related to extreme weather events and resultant disasters.” said Suluimalo Amataga Penaia, CEO of Samoa’s Ministry of Natural Resources and Environment.

Climate change is already affecting all economic sectors in the country and may cause more frequent and extreme rainfall and longer drought, increased air and water temperatures and sea level rise. About 70 percent of Samoa’s population and infrastructure are located in low-lying coastal areas.

The Ministry of Natural Resources and Environment, and the Ministry of Finance will lead the initiative and ensure that comprehensive approaches to climate change risk management are strengthened and effective.

The project is the largest national project ever funded by the Least Developed Countries Fund of the Global Environment Facility (GEF) and it is considered a strategic move for Samoa as it shifts out of its least developed countries (LDC) status.

“For every tala invested in climate change adaptation and mitigation today, there will be savings of thousands of tala tomorrow.” said Tupa’imatuna Iulai Lavea, CEO of the Ministry of Finance.

“The UNDP is cooperating with the Government of Samoa to reduce vulnerability to climate change while focusing on women and youth. Small businesses supported with LDCF financing can thrive despite climate change, providing opportunities and employment for the future,” said Lizbeth Cullity, UNDP Resident Representative in Samoa.

“Through the project, women, youth and other vulnerable population groups will have a chance to express their views on how this can be done. Their participation in decision-making will be a priority,” she added.

The Least Developed Countries Fund of the GEF focuses on reducing the vulnerability to climate change of those sectors and resources that are central to development and livelihoods.
Financing from the Fund will serve to advance Samoa’s National Adaptation Plan (NAP) process, as established under the UN Framework Convention on Climate Change, which integrates climate change adaptation into national development plans, budgets, and strategies.

Samoa is among the vulnerable Pacific nations exposed to climate change. The most recent catastrophic event, cyclone Evan hit Samoa in 2012, affecting 7,500 people and destroying about 2,000 houses. 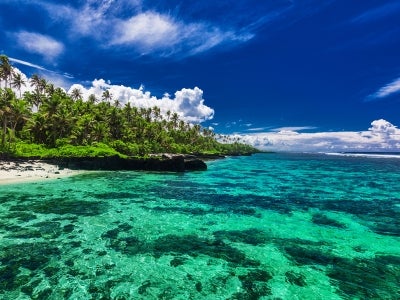