How can we avoid another pandemic? 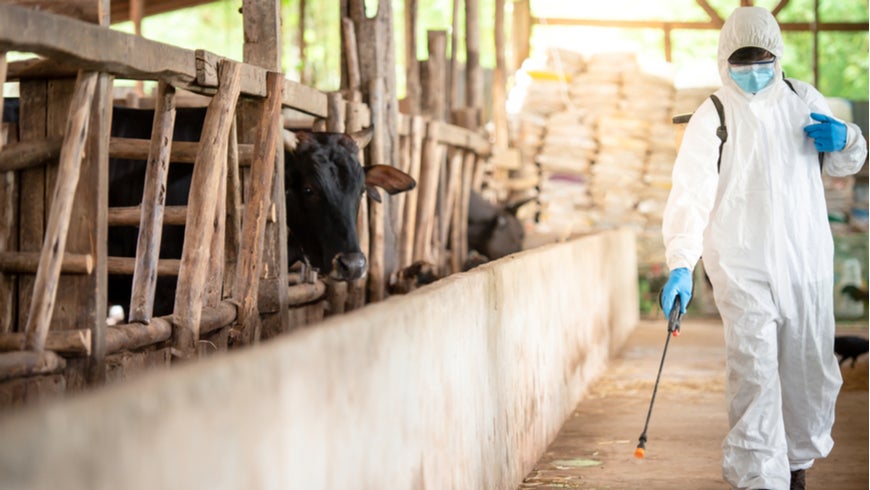 There are three steps governments must take to demonstrate their commitment to safeguarding global commons and reducing the risk of cascading catastrophes.

It cannot be hammered home too often: the root cause of the COVID-19 pandemic is the unsustainable world that we have built. It is a world in which surprises – usually unpleasant ones – are going to be the new normal.

So great is the pressure that we are putting on the planet that our era has been defined as initiating a new geological epoch: the Anthropocene, in which the dominant force of change is humanity itself. Its most obvious feature is a new risk landscape, one that is directly linked to a scarcity of global public goods such as disease control – and to the overuse of global commons such as clean air and water, a stable climate, biodiversity, and intact forests. The coronavirus, infecting millions of people around the world and massively disrupting the global economy, is merely its latest manifestation.

As a result, without rethinking our economy, the rest of this century will be characterized by speed, scale, connectivity, and surprise – with global pandemics, climate chaos, deforestation, and mass extinctions of species invariably interacting with and reinforcing one another. If the short-term measures now being drawn up to reopen economies do not simultaneously promote long-term economic resilience through effective governance of the global commons, the next disaster will be only a matter of time.

Beyond the current threat to global public health loom the climate and biodiversity crises. We are seriously at risk, within just 30 years, of exceeding the 2°C limit of global warming since pre-industrial times. And we are in the midst of the sixth mass extinction of species since the arrival of complex life on Earth, 540 million years ago. Crossing those two tipping points could have devastating and irreversible effects on all the world's people.

Indeed, these three crises are linked. Recent research on the ecology of diseases, for example, suggests that climate change, biodiversity loss, and deforestation are contributing drivers behind pandemics, which become more likely as we continue to transgress the planetary boundaries that control Earth’s stability. Rapid deforestation accelerates global warming and degrades natural wildlife habitats. And scientific evidence shows that viruses are likelier to leap from animals to humans when deforestation destroys wildlife habitats and species are traded and exploited.

No wonder such zoonotic illnesses are on the rise. Add high-risk behavior (such as so-called wet wildlife markets) and low emergency-response capacity – and mix in high levels of global trade, travel and high-density living – and conditions become ripe for diseases like COVID-19 that spread from animals to humans and then spiral into catastrophic global pandemics.

So, as the crisis passes and they try to shore up collapsing economies, governments must resist the temptation to lessen their commitments to protect nature and the climate. Instead, the long-term priorities must be to improve the provision of global public goods, to build resilience into our global commons, and to find ways to mitigate the inevitable economic shocks.

I and my colleague Ottmar Edenhofer, the director and chief economist of the Potsdam Institute for Climate Impact Research, have together identified three reforms that are essential as policymakers seek to kick-start the economy.

First, governments must integrate their multi-trillion-dollar rescue packages into a green recovery plan that follows certain key principles. For a start, this should increase carbon prices to steer public and private investment toward renewables and conservation. Some governments may regard higher prices as further obstacles to investment in roads, bridges, and power plants. But infrastructure investments without the right incentives would further lock the world into a high-carbon economy, making future adjustments more costly if not impossible.

At the same time, G20 governments should use 50-year bonds to establish an investment fund to finance projects aimed at boosting economic sustainability and resilience. Such a fund would signal political solidarity and reduce uncertainty, removing a critical barrier to innovation and entrepreneurship. It should implement clear sustainability criteria and provide credits at below-market interest rates.

Meanwhile, global supply chains should diversify geographically, and accumulate reserve stocks, in order to become more resilient to pandemics and natural disaster. They should be designed to incorporate security, health, and sustainability considerations so as to help ensure flexible, reliable, and safe provision of goods and services, such as through local food and clean energy production.

The second set of reforms should focus on generating human prosperity within planetary boundaries, thus avoiding the catastrophic effects of global warming, environmental degradation, and outbreaks of zoonotic diseases. This would also improve air quality, significantly cutting the toll of seven million people who die prematurely from air pollution every year. And it would reduce the risk of droughts, floods and fires – and of the food insecurity that often accompanies them.

This implies that policymakers should adopt science-based targets. The Paris climate agreement’s goal of limiting global warming to 1.5°C should be augmented with global targets for halting biodiversity loss and keeping land and ocean ecosystems intact.

Lastly, we must strengthen the governance of our shared global commons. Our atmosphere is one of these, because emissions from one country affect all the others. So are human interactions with wildlife, which affect the likelihood of zoonoses. And we urgently need to strengthen the capacity of international institutions such as the World Health Organization and the United Nations Environment Programme in order to be better prepared for future pandemic outbreaks and other emergencies.

Today’s multiple catastrophic global risks call for urgent collective action by all countries so that we become true stewards of the planet as a whole. That is not asking for the impossible, but rather for a recognition that everyone’s individual health and prosperity depends on our ability to respect planetary boundaries and properly manage what belongs to us all.

This is an unprecedented opportunity to move away from unmitigated growth at all costs, and the old fossil fuel economy, and deliver a lasting balance between people, prosperity and the planet.

This piece was originally posted for the GEF-Telegraph Partnership.