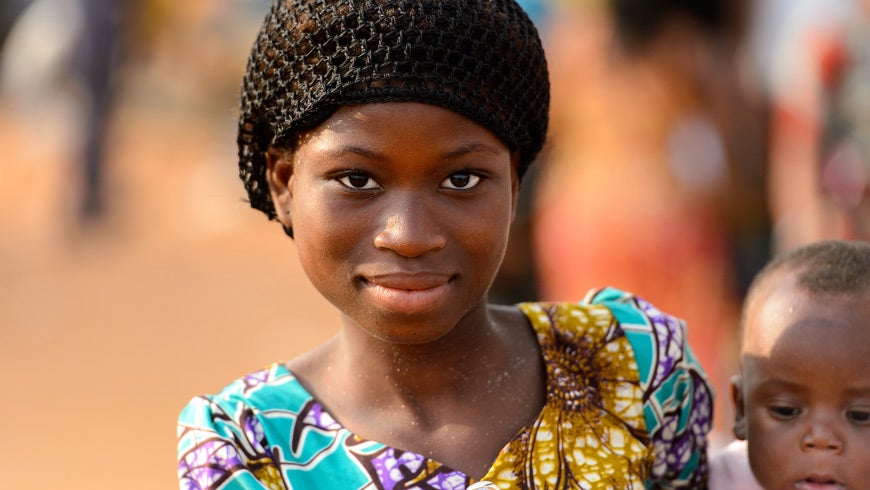 Environmental threats represent the greatest challenge we face. Waters recede in some places, drying lands and livelihoods out while sea levels and hurricanes inundate and sweep others away. Temperature changes threaten entire species and agricultural economies, challenging the resilience of communities. Though these impacts affect all people, women are disproportionately burdened due to their marginalized social, economic and political status in many countries. Photo: Shutterstock.

Waters recede in some places, drying lands and livelihoods out while sea levels and hurricanes inundate and sweep others away. Temperature changes threaten entire species and agricultural economies, challenging the resilience of communities.

Though these impacts affect all people, women are disproportionately burdened due to their marginalized social, economic and political status in many countries. Their exclusion, which prevents them from contributing to plans, policies and actions tackling environmental threats, makes our collective efforts to conserve the environment unachievable.

This is an unbelievable missed opportunity, as evidence shows that women’s empowerment and the advancement of gender equality can deliver sustainable results across a variety of sectors, such as increased food, health and economic security as well as innovation and efficiency in forestry, water and clean energy management and use.

As the Global Senior Gender Advisor and Director a.i. on Governance and Rights for the International Union for Conservation of Nature (IUCN), I have seen gender equality and women’s empowerment in the field of environmental sustainability and conservation take shape over the last few decades.

When the Global Environment Facility (GEF) adopted its Policy on Gender Mainstreaming in 2011, gender considerations in environmental projects and programs worldwide were the exception rather than the norm. The 2011 Gender Mainstreaming Policy mandated that all GEF-financed projects and GEF Partner Agencies have gender policies, strategies and/or action plans, setting minimum requirements to ensure the meaningful inclusion and participation of women throughout GEF partnerships and projects. This inclusion of gender considerations to such an influential finance mechanism has revolutionized the field.

In fact, prior to the 2011 Gender Mainstreaming Policy, 18% of GEF projects had considered gender or conducted gender analyses. Since then, this policy has transformed the sector while delivering improved environmental outcomes through the promotion of women’s empowerment and gender equality, with 98% of projects including gender considerations over the last few years while the number of gender-blind projects fell to 1.3% (from 64% prior to the 2011 Policy’s implementation).

But the GEF didn’t stop at its own projects and partnerships: it also created the GEF Gender Partnership, which convenes experts from dozens of international and civil society organizations to share experiences and identify entry points on making further progress for advancing gender equality in environmental programs and projects.

I have marvelled at the incredible work the GEF has done through this Partnership: in my view, they have set the industry standard for how to work in a truly participatory way.

As a gender advocate myself, I cannot underscore how significant this has been. The Partnership not only talks about policy but has also truly shaped how we implement them. With thanks to the GEF’s leadership, other financial mechanisms and conventions were brought in and encouraged to develop gender mandates and requirements of their own. Today, the Secretariats of all major Multilateral Environmental Agreements and finance mechanisms have strong and precise gender mandates.

The results of the Mainstreaming Policy speak for themselves: the studied and recorded decline in the number of gender-blind projects and portfolio reviews show that approaches adopting gender considerations connect gender equality and women’s empowerment with environmental benefits.

Today in Washington DC, the GEF has adopted a new Policy on Gender Equality.

This Policy comes at a critical time where international consensus is being codified into mandates that agree -  it is not enough to simply recognize the vulnerability of women against environmental threats nor pay lip service to their potential to enact change.

Rather, we are agreeing that we must give these principles substance by ensuring there is access to mechanisms that will help women worldwide tap into their unique experiences, knowledge and capabilities; concretizing their agency in the fight against climatic threats.

The new Policy on Gender Equality is a welcomed update and I look forward to working closely with the GEF as it begins implementation. It truly takes all the best practices and lessons learned from its previous iteration, pushing the dial further forward. With a proactive approach focusing on gender equality results, together we will cultivate a greener, more equitable world.