Safeguarding the global commons is the wisest investment we can make 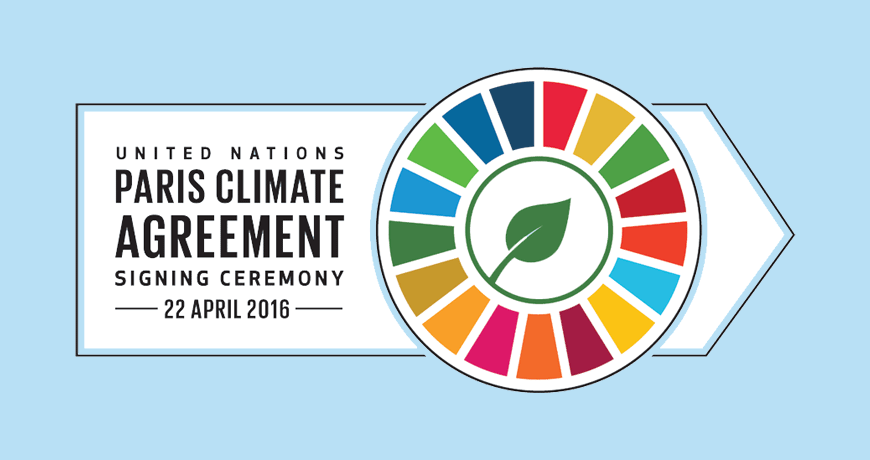 On Earth Day April 22, 2016, with a record number of countries signing the Paris climate agreement in New York, Naoko Ishii, CEO and Chairperson of the Global Environment Facility looks ahead at the G7 meetings next month and outlines why safeguarding the global commons is the wisest investment we can make.

Scientists tell us that the biophysical processes that determine the stability and resilience of Earth, our “planetary boundaries” that allowed our societies to thrive during the past 10,000 years, are being pushed to their limit.  Evidence is mounting that the miraculously, favourable Earth conditions that scientist call the Holocene– the only ones we know can support a human population of 7.4 billion and more – risk coming to an end.

We are at a defining moment for the future of our planet and its peoples.

The greenhouse gases that cause climate change are at higher levels than at any time in at least 800,000 years.  2015 was the hottest year on record, and 2016 may be hotter still.  Globally, species are being lost at a rate only seen before during mass extinctions.  The health of our oceans is declining rapidly.

The alarm bells are ringing.  On the current trajectory, the worsening global environment will be an ever increasing threat to our global aspirations for economic growth, jobs, security and prosperity.  There is an enormous amount of work to be done, and success remains far from certain, but now is the time to tackle the world’s most pressing environmental and social problems

Our fate is in our own hands.  As the world moves out of the Holocene into what is being gradually recognised as a new Anthropocene epoch—an epoch where humans are the largest driving force of change on planet Earth —it is our common responsibility to change our ways of operating to ensure that this vital system continues as our essential global commons.

The world's Governments took the firsts steps in that direction last year.  In September, nearly 200 nations, gathered in New York, pledged their commitment to 17 sustainable development goals (SDGs) to guide growth over the next 15 years in ways designed to end poverty and ensure prosperity while respecting planetary boundaries. Three months later in Paris the same governments adopted an agreement to combat climate change, committing to achieving zero net emissions of greenhouse gases in the second half of the century.

Shifting to a low-carbon and resilient trajectory will require coordinated, integrated solutions to catalyze the transformation of three key economic systems: energy—how we power our homes, offices and industry, and move goods and people; urban—how we live in cities and build new ones; and land use —how and where we produce food, and what we eat.

As an institution dedicated to ensuring the health of the global environmental commons, we at the Global Environment Facility recognise that while we have won some battles the war to maintain the conditions for future prosperity and well-being is still being lost. There have been many good individual actions, but they have not added up to the systemic changes that are needed.

Transformational change will require actions on multiple fronts and at all levels of society.   It will require political and social mobilization and bold leadership.

It is our hope that this new effort will lay the foundation for a new paradigm for the global commons.  We need a new way of thinking that enables transformational change, new alliances, social and economic opportunities, and provides the stable conditions necessary for sustainable growth, poverty reduction, peace and security.

It will be a journey not just to avoid disaster, but to build lasting prosperity. Operating within the planetary boundaries is not just the only way to ensure healthy economies, but has the potential to provide much greater and better shared growth than sticking to business as usual. Safeguarding and enhancing the global commons is therefore the wisest investment we can possibly make.  The G7’s renewed focus on the global environment could not be more timely.