Time to double down to reach net zero

Chairman of Liebreich Associates and Advisor to the Board of Trade 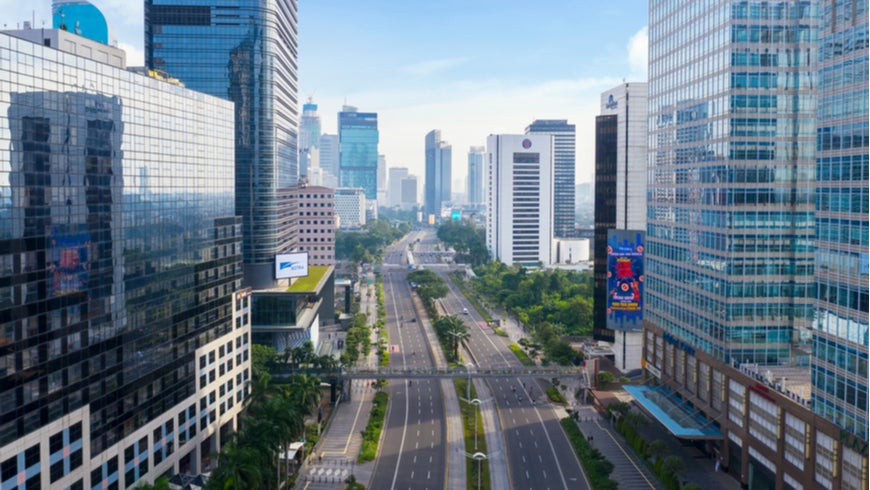 As the world begins to ease coronavirus restrictions, global emissions must continue on a downward trend. Photo: Creativa Images/Shutterstock

In the early weeks of this year, before all our lives were turned upside down by COVID-19, the International Energy Agency announced that global carbon dioxide emissions had flatlined in 2019. Everyone was surprised. They should not have been. Even before the pandemic, we were much closer to peak emissions than you might think, even if you have been following trends in the energy sector pretty closely. In the six years from 2013 to 2019, global GDP increased by 23 percent while global energy-related CO2 emissions only rose by 3 percent.

Those arguing that we must shut down our economy in order to halt climate change prefer to use a time series dating from 1990. But this is heavily distorted by the fact that, during the first two decades of that period, China’s economy grew elevenfold. The world will never see anything like that again.

As we start this decade, we inhabit a world in which two-thirds of the population live in places where wind or solar photovoltaics are the cheapest sources of additional power, even without subsidies. A world in which battery costs have dropped nearly 90 per cent since 2010, making electric cars, buses, and delivery vehicles competitive with internal combustion vehicles. A world in which, since the 2015 Paris Agreement, corporations have known that carbon-intensive businesses are risky businesses, and markets are telling CEOs they must reduce emissions or be shunned; a world in which more and more consumers are voting for climate action with their wallets as well as their ballots.

A number of countries have made sterling efforts but no major economy has achieved more than mine – the UK – to reduce emissions. Since 2010, we have cut them by 29 percent, despite economic growth of 18 percent (even adjusted for imports, the reduction from 2010 to 2017 was still 11 percent).  Successive Conservative-led administrations since 2010 have delivered the most rapidly decarbonizing economy in the G20 and the EU, and they have done so while delivering – before COVID-19 struck – an increase in employment from 29 million to 33 million jobs.

Neither Prime Ministers May nor Johnson have shown any sign of using Brexit as an excuse to resile from the UK’s environmental responsibilities. The opposite, in fact: since 2016 the UK has ratified the Paris Agreement, proposed some of its most progressive environmental legislation, won the right to host the next round of international climate negotiations (COP26) and become the first country to legislate for net zero emissions by 2050.

And no wonder – because the faster the world moves to net zero, the better it will be for UK plc. The country is among world leaders in practically every sector of the green economy – clean energy, electric vehicles, architecture and design, professional services – and in underlying sciences like electrochemistry, industrial biotechnology, advanced materials, and machine learning. In addition, the City of London already handles more sustainable finance than any other financial center in the world.

None of this is to say that the UK, or any country, should be complacent. It may no longer be credible to claim that the world is on track for the most lurid climate disaster scenarios promoted by journalists and activists, but it is clear that we are already seeing the fingerprints of climate change in our disrupted weather systems. If we don’t act, we will see a catastrophic 2C to 4C of warming by the end of this century.

The challenge is to ensure that the world continues to bend the arc of emissions downwards through the peak, investing to get to net zero as near to 2050 as possible. And, of course, we need to do this while recovering from the economic damage wrought by COVID-19, which will require smart policy across the board.

We also need to pay renewed attention to the question of international trade and its impact on the planet and our natural systems. Nearly 40 percent of all the carbon that ends up in the atmosphere passes across at least one border before it is burnt. The UK finds itself at the heart of the debate on how that trade is to be managed. Despite its commitment to net zero, the UK has a substantial fossil fuel sector. It will be hosting the next round of climate negotiations in November 2021. And, of course, it is in the process of resetting all its trading relationships in the aftermath of Brexit.

The day after the UK claimed its seat at the World Trade Organization, Prime Minister Johnson promised that his country “will not engage in any kind of dumping, whether commercial, social, or environmental.” That is a great start – but the UK must do everything in its power to reduce the risk of a new era of mercantilist competition between the US, EU, and China, which would be catastrophic for the planet.

WTO negotiations over a free-trade deal for environmental goods collapsed in 2016. A group of five countries, led by New Zealand and Norway, have restarted negotiations on an Agreement on Climate Change, Trade, and Sustainability. The UK and others should join those talks.

The EU’s Green Deal and Joe Biden’s Climate Plan for the US both include carbon border adjustments, levies designed to stop countries that don’t price carbon emissions from unfairly competing in carbon-intensive industries. But how should they be implemented? Implemented poorly, they could spark trade wars or create barriers to trade for developing countries. Let's play a leading role in designing them.

The developed world must invest more in Aid for Trade, which helps developing countries escape the aid trap by trading their way to wealth. And all countries need to dismantle their fossil fuel subsidies, which still dwarf clean energy ones, with enormously distortive impacts on trade.

In summary, the world is much closer to peak emissions than the doomsayers would have us think. Indeed, if we embrace the right policies as we come out of the COVID-19 recession, we may already have passed the peak. It is now time to double down, get the global economy on a trajectory towards net zero greenhouse gas emissions as close to 2050 as possible.

A mix of smart regulation, innovation, and a modernized global trade regime can put us on track – capitalism is not the problem – while at the same time securing continued improvements in the lives of billions of people. There is everything to play for.

Welcome to the Anthropocene