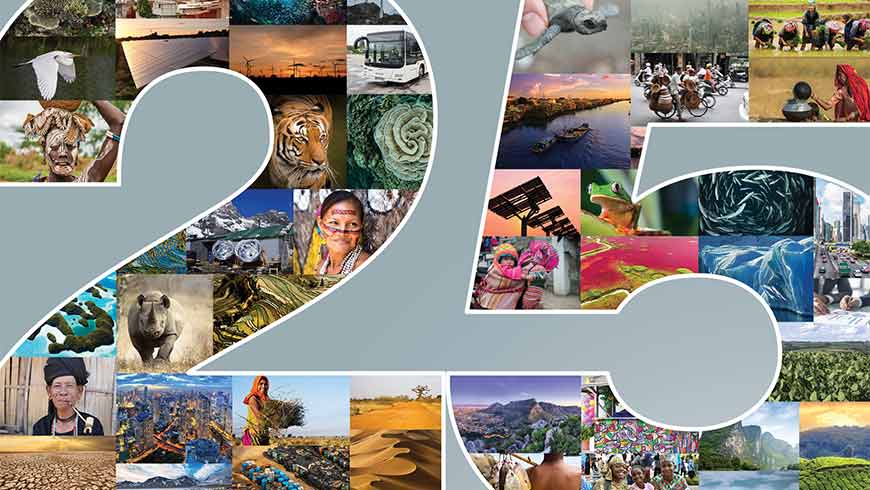 Back at the turn of the millennium what were supposed to be wetlands in Belarus caught fire. Between 1999 and 2002, big conflagrations swept across peatlands which had been drained over the previous decades – over 1.5 million hectares nationwide were dried out for agriculture, forestry or peat mining between 1960 and 1980 – turning them into powder kegs.

The peatlands badly needed “renaturalisation” and “rewetting” and the Government, the Global Environment Facility (GEF) and the United Nations Development Programme (UNDP) started to do just that. So far some 50,000 hectares of them have been restored, under various projects, and the aim is to multiply that area tenfold, recovering 15 per cent of the country's damaged peatlands, by 2030. None of the rewetted peatlands have caught fire, even in very dry years, a rich biodiversity has returned to them, and emissions of carbon dioxide into the atmosphere have been cut by almost half a million tonnes.

The story is one of many about the effects of the GEF's funding told by governments, partners, agencies and convention secretariats in a new book published this week, to mark its 25th anniversary, and launched at the 51st meeting of its Council.

Another tells how, until relatively recently, nearby Moldova was believed to be bereft of tourist attractions  with even many of its people failing fully to appreciate the beauty and cultural richness of its Orhei region, 50 km from its capital city. Then, in 2008, its Government – with UNDP help and GEF finance – began to establish its first National Park there. This has become a magnet for visitors and part of it is now in the process of being included in UNESCO's World Heritage List.

Meanwhile Kiribati's Phoenix Island Protected Area (PIPA) – which has also benefitted from GEF funding and other partners like Conservation International - has already become a World Heritage Site, the largest and deepest on earth. Its eight islands – just 25 sq km of land scattered through 400,000 sq km of ocean – are home to rare birds and plants (five are designated as Important Bird Areas), while the sea hosts one of the world's last intact oceanic coral archipelago ecosystems. The project enabled the eradication of rats, which had devastated species on land, and last year the PIPA was fully closed to commercial fishing.

In all -  as Naoko Ishii, the GEF's CEO and Chairperson, reports in her forward to the book, 25 Years of the GEF  - the Facility has supported the creation of 3300 protected areas, covering an area larger than Brazil – and conservation-friendly management for another 350 million hectares; 790 projects for  mitigating climate change – contributing to reducing greenhouse gas emissions by 2.7 billion tonnes - together with adaptation measures to reduce the vulnerability of more than 15 million people in 130 countries; sustainable management of 34 transboundary river basins in 73 countries; improved co-operation and governance for one-third of the world's large marine ecosystems; and the sound management and disposal of 200,000 tonnes of highly toxic persistent organic pollutants.

Over the last 25 years it has invested more than $14.5 billion, leveraging in excess of $75.4 billion for some 4000 projects in 167 countries, implemented through a network of 18 agencies. Scores of those countries and agencies testify in the book to the effectiveness of its interventions. Brazil, The World Bank Group and the Brazilian Biodiversity Fund, for example, all cite its contribution to reducing deforestation in the Amazon region; Togo, its work in helping communities combat soil erosion and improve harvests; Bhutan, its success in reducing the risks of devastating flooding from glacial lakes in the Himalayas; the Philippines, its enabling the establishment and strengthening of at least 50 protected areas; Argentina, its work on social inclusion; Ethiopia, its restoration of farmers' crop varieties that had been lost for over 28 years; and India, its quadrupling the annual area of solar collectors installed in just five years.

Christiana Figueres, Executive Secretary of the UN Framework Convention on Climate Change at the time of the groundbreaking Paris Agreement, recounts that “many of the national climate change action plans that underpin (it) were made possible by the GEF.” Jim Yong Kim, President of the World Bank Group, describes its “tremendous impact”. And Erik Solheim, Executive Director of UN Environment says that it has been “outstripping our expectations.”

Taro Aso, Japan's minister of Finance, praises the GEF's current course, singling out its “unique role “in tackling“ the issue of sustainability of the 'Global Commons', our planet's finite environmental resources.”  Børge Brende, Norway's Minister for Foreign Affairs, testifies that it has “demonstrated its ability to address and adapt to new challenges”. Shi Yaobin, Vice Minister at China's Ministry of Finance, says that “the GEF is needed more than ever for a more sustainable world”. Cho Kyeung-Kyo, Minister of the Environment of the Republic of Korea, says he “cannot over-emphasise the GEF's future importance. And Pierre Gramegna, Luxembourg's Minister of Finance, testifies: “I am convinced that every cent invested by the GEF will continue to make out planet a better place.”

“As the only mechanism that insists that projects generate global – and not just local and national – benefits, the GEF is, and will remain, a champion of the global commons,” writes Naoko Ishii.  “It will continue to insist that there can be no separation between development and environment, that safeguarding these commons is, quite simply, the wisest investment we can make.”