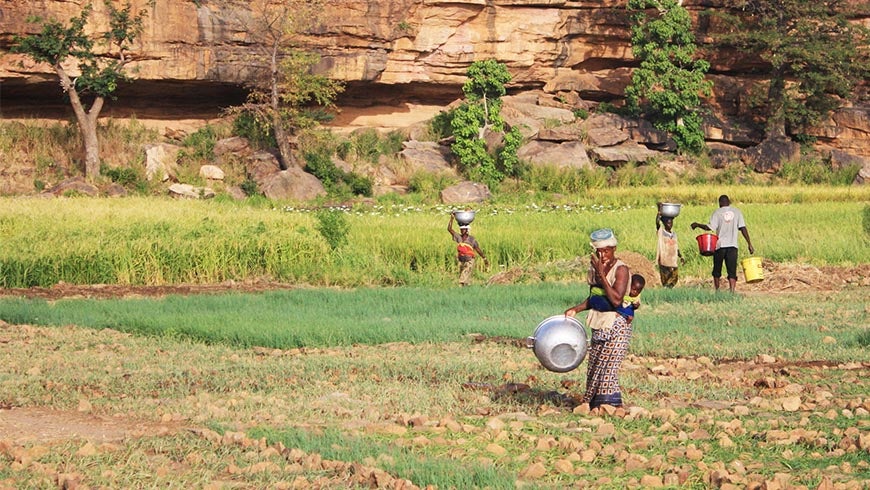 A group of people working in a field in Mali, one of the most vulnerable countries to the impacts of climate change

Belgium has announced an additional €7 EUR million for adaptation support to some of the most vulnerable countries on the planet impact by climate change.  The new money for the GEF managed Least Developed Countries Fund (LDCF), comes less than two months after Belgium announced new funding to the LDCF of EUR €24 EUR million over three years. In addition, the Walloon Region of Belgium also announced a contribution of €3.25 EUR million to the fund at COP-22 in Marrakesh.

“Belgium is very happy to be able to step-up its support for activities that address the negative effects of climate change,” said Jozef Buys, Attaché, Ministry of Foreign Affairs, Belgium.  “In line with its development co-operation policy priority to provide assistance to the most vulnerable and needed, an additional €7 EUR million is granted to the Least Developed Countries Fund of the Global Environment Facility, which Belgium, as a long-time contributor, believes is an excellent funding mechanism of a trustworthy organisation.”

Thanking Belgium for its increased support to the LDCF, Naoko Ishii, GEF CEO and Chairperson, said, “This injection of new money from Belgium sends a positive signal about donor support for this critical fund that helps some of the most vulnerable countries in the world.  Given that we’re already locked into climate change trajectories for many years to come, increased investment in adaptation is central to the implementation of the Paris Climate Agreement.”

Demand from developing countries for financing from the LDCF remains strong.  Droughts, violent storms, sea-level rise and other consequences of our rapidly warming world are already impacting the poorest and most vulnerable countries and communities.

The new financing will enable the GEF to respond to existing requests for support ranging from investments in new approaches to agriculture to national adaptation planning and building resilience against climate change variability and disasters.

Since 2001, the GEF – through the LDCF - has provided over $1 USD billion in grant financing and mobilized more than $4.3 USD billion from other sources for over 180 adaptation projects in 51 least developed countries, including 12 Small Island Developing States. These projects are expected to directly reduce the vulnerability of roughly 40 million people.

Alongside the 51st GEF Council meeting, a progress report on the Least Developed Countries Fund (LDCF) was approved by the 21st LDCF/SCCF meeting on October 27, 2016.