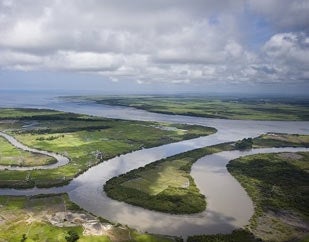 March 23, 2011- On March 22 the BioGuinea Foundation was officially established with the objective of promoting the conservation, protection and improvement of the environment and biodiversity of Guinea Bissau prioritizing the country’s national system of protected areas. The Foundation will serve as long-term financing mechanism for managing Guinea-Bissau’s parks and biodiversity through a conservation trust fund, an idea long supported by the GEF.

Guinea Bissau’s efforts investing in conservation and sustainable livelihood started in the early 1990s. The government developed a strategy to build a protected area network to conserve biodiversity. Many partners supported this vision such as the International Union for Conservation of Nature (IUCN) and the Swiss government. In 2005, the World Bank and the European Commission established the Coastal and Biodiversity Management Project (GEF: $4.8 million; co-financing: $6.31 million) which consolidated management responsibility for protected areas in Guinea-Bissau under a single umbrella: the Institute for Biodiversity and Protected Areas (IBAP). The project also funded local initiatives to create environmentally friendly development programs in communities in and around the parks. 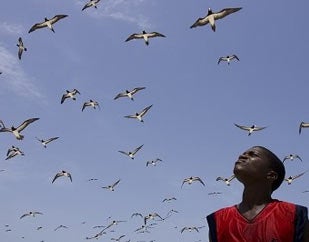 With GEF support today, more than 70,000 people living around the five national parks benefit directly from project investments that have developed income-generating activities, such as fish processing or sustainable wetland rice production. Project monitoring and evaluation procedures have shown that 78 percent of grants have satisfactorily achieved their objectives.

Thanks to example set by Guinea Bissau, local leaders now understand firsthand that there are huge economic as well as environmental benefits to conserving biodiversity. Economic development and biodiversity conservation need not be mutually exclusive, provided the development of a national strategy is a country driven process, with the coordinated support of donors and partners.

With the continuous support of the GEF and its partners, Guinea Bissau announced that they will go beyond the Nagoya-Aichi targets agreed over the last Conference of Parties of the Convention on Biodiversity, and will extend its network of protected areas currently from 15% to 24% by 2012.