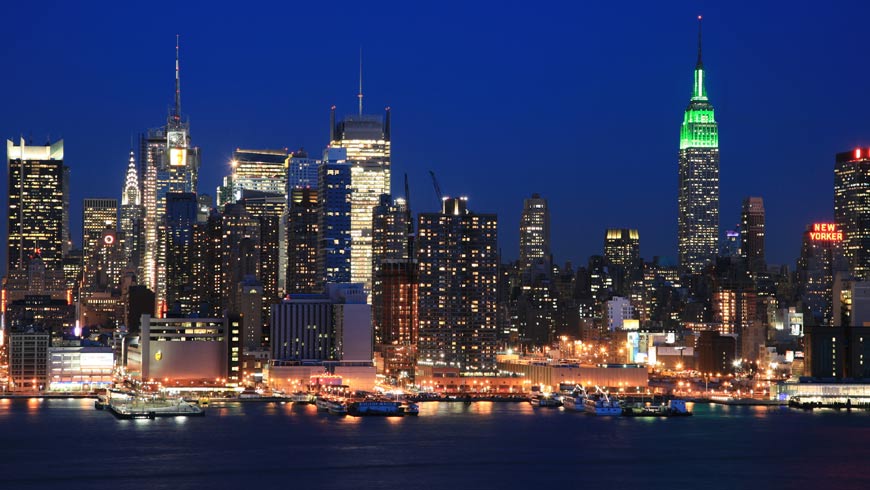 From heads of states and business leaders, to environmental activists and avant-garde artists - the 8th NYC Climate Week features events to gather them all and deliver a single critical message across all levels of society - we have been pushing our planet to its limits for far too long. The time to act and change the course is now.

Central to the high-profile activities of the Climate Week is a special event on September 21 with the United Nations Secretary-General Ban Ki-moon. On that day, the Secretary-General will invite leaders from all countries to deposit their instruments of ratification of the Paris Agreement on climate change.

In his invitation letter to world leaders, Ban Ki-moon said, “The next step in our collective journey to a low-carbon, climate-resilient future is to ensure the rapid entry into force of the Paris Agreement. Doing so will create incentives for early implementation of nationally determined contributions and build support within markets and societies for increased climate ambition.”

With the recent formal ratification by China and the United States, the UN communicates its positive outlook that the Paris Agreement might enter into force by the end of the year 2016.

Adopted by 195 parties last December at the 21st Climate Conference (COP21) in Paris, the agreement calls on countries to combat climate change and to accelerate and intensify their own nationally-driven actions and investments needed for a sustainable low carbon future.

This November, at COP22 in Morocco, nations of the world will continue their work on strengthening the global response to the threat of climate change, with the central focus placed on enhancing ambition, promoting implementation and providing support.

“The solidarity and trust built in Paris must be indicators of the success in Marrakech. COP22 needs to be an action COP. It needs to strengthen tangible solutions and actions whilst maintaining the spirit of Paris,” said Hakima El Haite, Moroccan Minister of Environment and COP22 President at the Bonn climate change meeting in May.

As a financial mechanism for the UN Framework Convention on Climate Change, the Global Environment Facility (GEF) was called upon to serve the Paris Agreement and to help the countries deliver on their climate change commitments.

In particular, the GEF was requested to consider how to support developing countries in formulating policies, strategies, and programs and projects to implement activities that advance priorities identified in their respective climate action plans, or INDCs, in a manner consistent with the operational policies and guidelines of the GEF, starting in 2016.

In the report to the 22nd session of the Conference of the Parties (COP 22) to the UNFCCC, the GEF presents its achievements as well as initiatives relating to Paris Agreement and the Sustainable Development Goals (SDGs), the Capacity Building Initiative for Transparency, the Technical Review of the Program Priorities of the Least Developed Countries Fund (LDCF), integrated approaches and innovations in blended finance, and the results of its support for climate change mitigation and adaptation.

They also include projects with multiple mitigation objectives that have direct impact on GHG emission reductions and preserve the global commons.

One of the projects from the GEF’s Climate Change Mitigation portfolio is a project on Integrated Adoption of New Energy Vehicles in China. This project will scale up the deployment of new energy vehicles and facilitate the integration of renewable energy and electric vehicles. The proposed project is a good example of the GEF 2020 vision – promoting innovative technologies and approaches. It will not only demonstrate advanced charging technologies and vehicles-to-grid technologies, but also explore innovative business models such as electric vehicles sharing scheme to promote the uptake of new energy vehicles in China. The project will greatly contribute to the goals set by the Urban Electric Mobility Initiative, launched at the NY Climate Summit in 2014. Estimated GHG emissions reductions are 8.3 Mt CO2 eq.

Achievements in Climate Change Adaptation
Since 2001, the GEF has provided over US$1.3 billion in grant financing and mobilized US$7 billion from other sources for 320 adaptation projects in 129 countries, including all Least Developed Countries (LDCs) and 33 small island developing states. These projects are expected to directly reduce the vulnerability of at least 17 million people.

In Chad, for instance, the GEF, through the LDCF, is supporting a National Adaptation Plan, to integrate climate adaptation considerations into development policies and plans across economic sectors, which is crucial for long-term sustainability of adaptation actions in the country. By strengthening the capacity of Ministries of Planning, Finance and Environment to integrate medium- and long-term climate change risks into existing planning and budgeting processes, the project will advance a country-driven, gender-sensitive, participatory and fully transparent approach toward addressing medium- and long-term adaptation needs.

Chad is among the most vulnerable countries to the adverse effects of current and expected climate change. It is expected to experience a hotter climate with a likely increase in the frequency and intensity of extreme rainfall events.

At present, planners in these key sectors lack the means, information and coordination systems to integrate climate change risks and concerns into decision-making processes. Communities reliant on economic sectors that are highly sensitive to climate change, such as agriculture and fisheries, also lack access to such data and means to take climate change risks into account in their planning processes. With Chad having recently undergone a civil war in 2010 and with rebuilding efforts well underway, increasing institutional capacity to cope with climatic changes through the development of a NAP process for Chad is especially timely.

Transparency within the Paris Agreement

Many developing countries still lack the necessary capacity to effectively monitor and report their progress vis-à-vis national greenhouse gas emission reduction, and track progress made in the implementation of their Nationally Determined Contributions under the Paris Agreement.

Thus, as part of the Paris Agreement, Parties agreed to establish the Capacity-building Initiative for Transparency (CBIT), aiming to strengthen the institutional and technical capacities of developing countries to meet the enhanced transparency requirements in the Paris Agreement. Parties requested the GEF to support the establishment and operation of CBIT as a priority reporting-related need.

“The Paris Climate Agreement represented a watershed moment for the global commons,” said Naoko Ishii, GEF CEO and Chairperson. “One key success factor to the Agreement is its bottom-up approach, building on countries’ INDCs. Transparency of reporting is the linchpin to the credibility of, and mutual confidence in, the agreement.”

The report also covers steps taken by the GEF to establishing CBIT in response to this request by the COP.