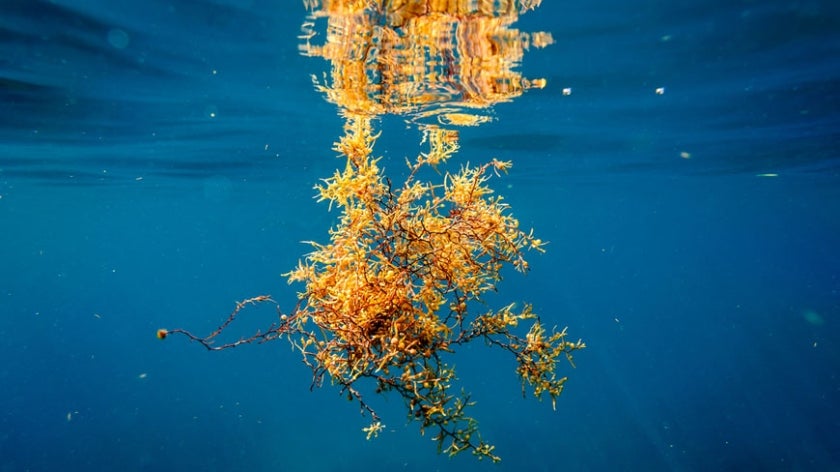 Sargassum is free-floating brown macro-algae that lives in the temperate and tropical oceans of the world. In the open ocean, the floating seaweed provides important ecosystem services by acting as habitats for a diverse group of marine animals. It provides food, shade, and shelter to many types of specialized fish, crustaceans, and turtles. When it reaches the coastline, it provides fertilizer for the plant ecosystems that protect the shoreline from erosion and promotes biodiversity of marine bird and wildlife.

Since 2011, excessively large quantities of Sargassum have accumulated in the Caribbean Sea, only to wash ashore in several Caribbean countries. Massive Sargassum seaweed blooms are becoming increasingly frequent in the Caribbean. The seaweed covers the beaches in huge, stinking blankets that sometimes measure up to 10 feet in depth. As it rots, the seaweed emits a toxic gas known as hydrogen sulphide, which smells of rotting eggs.

The seaweed creates an extreme lack of oxygen in the sea close to shore, killing off native species and resulting in dead zones by first robbing the water of nutrients before they die and absorbing oxygen out of the water to decompose.  It fouls the beaches, not just for the visiting tourists who contribute to the local economies, but also for several endangered species of marine turtles. The turtles have to dig through several feet of seaweed to lay their eggs or climb beyond the seaweed mats to find clear sand. Later, their hatchlings get entangled in the seaweed on their way to the ocean and die.

On the east coast of Saint Lucia, a local youth by the name of Johanan Dujon noticed how the piles of seaweed were causing trouble for the local fishermen by damaging their equipment and boat engines, as well as complicating their daily lives by making landing difficult upon return from fishing trips. The budding entrepreneur recognized an opportunity to capitalize on this freely available resource to create valuable organic agricultural inputs, which could in turn reduce and eventually replace the environmentally harmful synthetic chemicals used to grow food in St. Lucia. In 2014, Dujon founded Algas Organics and began experimentation with formulations to make this idea a reality.

Dujon successfully formulated the Algas Total Plant Tonic after several rounds of experimentation in 2015. This all-natural, seaweed-based bio-stimulant optimizes plants’ nutrient uptake through strong root development. Algas Organics, the Caribbean’s first indigenous biotech manufacturing company, made its debut with the Total Plant Tonic on the St. Lucian market in August 2015, and was warmly received by the gardening and farming community of the island.

With demand for the product on the rise, Dujon recognized the positive impact this could have on the livelihoods of fishermen as an alternative source of income.  Dujon approached the Saint Lucia Fisher Folk Cooperative Society, Ltd. to partner with him in order to scale up the initiative, and to provide the fishermen with some relief from the vexing seaweed. The partnership received technical and financial support from the Global Environment Facility Small Grants Programme (GEF SGP), the Inter-American Institute for Cooperation on Agriculture, and the Government of Saint Lucia.

Algas Organics and the Saint Lucia Fisher Folk Cooperative Society Ltd have removed over 298 tonnes of wet seaweed from the beaches in eastern Saint Lucia since the start of the partnership in 2015. This has provided a livelihood for 6 local community members, who have been trained in harvesting and drying techniques, as well as fertilizer processing, packaging, and quality control. The product has since become well known in Saint Lucia’s agriculture sector and was recently introduced to Barbados.

To verify its efficacy, Algas Organics has had its fertilizer tonic tested by a recognized ISO 9000 laboratory, and the results show that the product holds its own against similar top international brands of fertilizer. In 2017, Algas Organics sold a total of 1680 bottles of fertilizer, up from 289 bottles sold between 2015 and 2016, which constitutes a 481% increase in sales. A projected 5,000 bottles will be sold in 2018.

The strong partnership between Algas Organics and the Saint Lucia Fisherfolk Cooperative Society Ltd has led to the establishment of the first Sargassum Seaweed Processing Facility in the Caribbean, and Algas Organics is currently pursuing a certification from the Organic Materials Review Institute.

In the next phase of the project, the Sargassum Seaweed Processing Facility will be further expanded in terms of community members hired and fertilizer production capacity. A Research and Development Lab will be established to continue research into improved formulations and to begin scientific enquiry into other indigenous plants from Saint Lucia’s vast biodiversity treasury. This research facility will also develop partnerships with reputable and ISO certified laboratories whose role would be to enable international certification. The vison for the future is to develop this community facility as the core of an emerging bio-stimulant and bio-fertiliser industry in Saint Lucia.

In addition to the capacity expansion, the processing facility will also be fully solarized by 2018, and rain water harvesting systems will be installed to augment the existing water supply as a means of increasing resilience to climate change and reducing the average cost of production.

The A to Z of the SGP: A Guide to the GEF Small Grants Programme 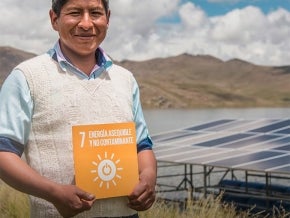 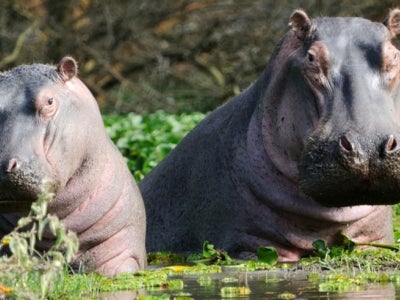 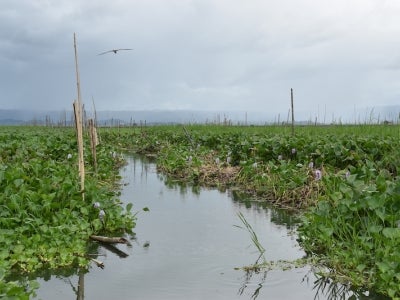 Paralyzed by growth: A lake under siege