The dangers of modern magic: the growing black market in medicinal use of toxic chemicals 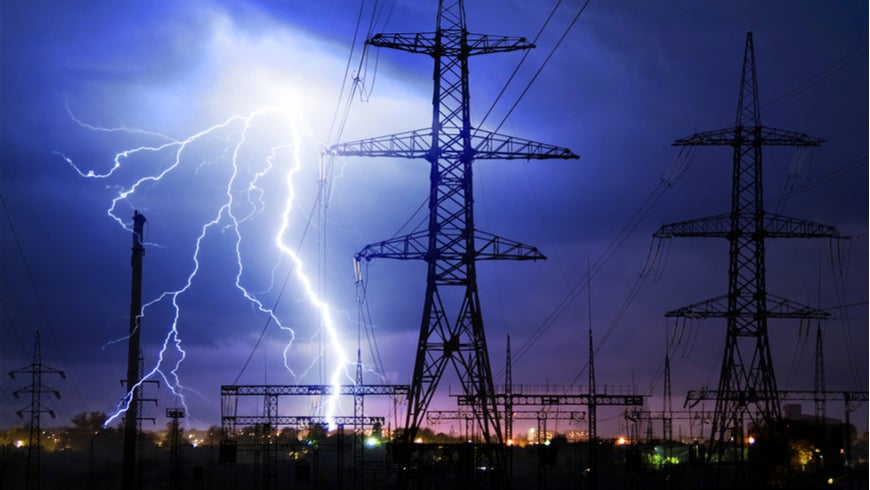 These ‘magic’ oils are Polychlorinated Biphenyls (PCBs)—a group of industrial chemicals that have been banned across much of the world since the 1980s due to their acute toxicity. But it is in the power industry where their use has proved most enduring—and dangerous. Photo: yevgeniy11/Shutterstock.

In the world before modern medicine it was up to the local shaman, monk or wise woman to treat injury and disease, often with remedies based on local medicinal plants.

Today, many of these time-worn cures remain popular around the globe, but in some countries, traditional healers have extended their arsenal to include not only nature’s gifts, but the products of human industry, amongst them an oily liquid, clear to yellow in colour with neither smell nor taste, that often spills or leaks from electrical equipment.

“It’s believed that if you apply the oil all over your body, lightning won’t strike you,” Constance van Zuydam, health and safety specialist at the Eswatini Electricity Company, says.

“It’s used as cream to cure diseases. Tradition says that instead of going to the doctor, you can use the oil and your wounds will heal faster. Illnesses from worms to swelling or even a limp are all believed to be cured by it.”

These ‘magic’ oils are Polychlorinated Biphenyls (PCBs)—a group of industrial chemicals that have been banned across much of the world since the 1980s due to their acute toxicity. They are carcinogenic and have been linked to developmental disorders in children—and no antidote or specific treatments exist for chronic exposure. They’re also the basis for a thriving black market around Africa, where they are stolen from both active and decommissioned electrical transformers for use as medicine, fuel and even cooking oil.

One of the initial 12 persistent organic pollutants restricted under the Stockholm Convention, prior to the 1980s, PCBs were widely used as insulators in electrical transformers, as well as gaining popularity as coolants and fire retardants—finding a place in products from adhesives to insecticides, lubricants, plastics, paint and even as a coating for carbonless copying paper.

But it is in the power industry where their use has proved most enduring—and dangerous.

“Approximately 1.7 million tonnes of PCBs were produced between 1929 and 1989, and a lot of electrical equipment containing PCBs is either still in use or stockpiled for disposal,” UN Environment programme manager Eloise Touni says.

Touni is coordinator of the Global Environment Facility-funded Disposal of PCB Oils Contained in Transformers and Disposal of Capacitors Containing PCBs in Southern Africa (SADC PCBs) project, a five-year, US$34-million initiative to support the safe storage and disposal of PCBs in line with the Stockholm Convention across 12 southern African countries.

With as many as 2,500 individual transformers, containing a minimum of 1,000 metric tons of contaminated oils, currently awaiting disposal across the project countries, and thousands of in-use transformers awaiting contamination testing, Touni says improving management of this equipment is vital to ensuring PCBs can be safely destroyed.

“Once PCBs are released into the environment, they don’t break down,” Touni says. “These chemicals vaporize and can travel long distances, contaminating soil and water and accumulating in the fatty tissues of people and animals. The ubiquitous presence of low levels of dispersed PCBs means exposure reaches well beyond people living near polluted sites, making these chemicals a real threat to life and biological diversity, with links to conditions from reproductive impairments to endocrine effects and immune system changes.”

Today, the damaging reach of PCBs has never been clearer, with the pollutants found in the deepest part of the Pacific Ocean–the 10-kilometre-deep Mariana trench, while a 2018 study has revealed that the chemicals threaten up to 50 per cent of the world’s killer whale populations.

Along with working through the project to enable countries around the region to meet the Stockholm Convention targets of phasing out the use of PCBs by 2025—and safely disposing of remaining stocks by 2028—the Africa Institute and national government partners are spreading the word on the dangers of PCBs, putting an end to practices like unprotected metal reclamation from transformers and the theft and sale of PCB oils.

“The main problem we face regarding PCBs is exposure to contaminated equipment or when PCBs are not stored correctly,” van Zuydam says. “People also steal oil from the storage facility as they believe it cures diseases.”

For van Zuydam and her colleagues, the risk of PCBs goes beyond their supposedly ‘magical’ properties—making internationally supported efforts to contain and dispose of these chemicals all the more vital.

“Workers within the utilities are at risk because they work with equipment likely to contain PCBs. The same applies to community members living around the area where PCBs are stored,” she says. “School children are exposed too, because they play in the grounds near infrastructure with PCBs. People working in ports or at border gates can be exposed when they receive contaminated material for import or export.”

PCBs might be hard to free ourselves from entirely, but ultimately, van Zuydam believes that knowledge—not magic—is the key to a non-toxic future.“For communities, it’s important to raise awareness. We need to let them know when they are at risk and when they are not.”