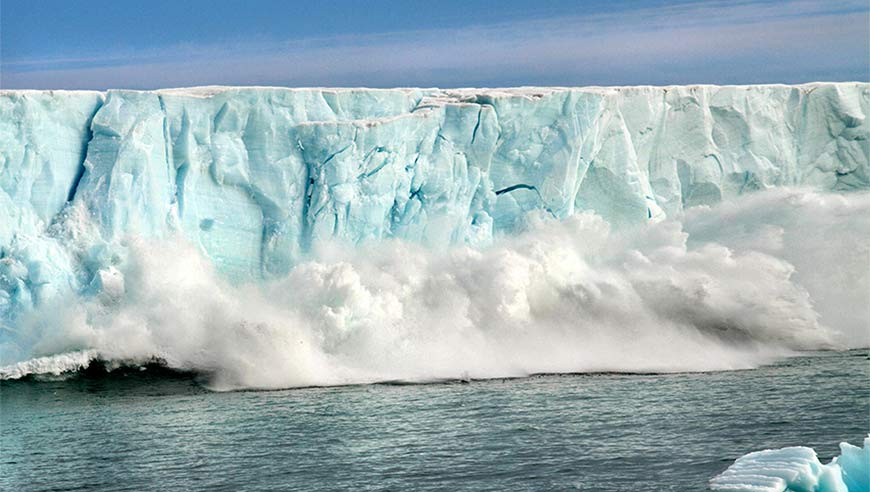 "Business as usual will guarantee disaster. Incremental change will not suffice to avoid it: the challenge is just too great for that. The only solution is transformational, systems change." Naoko Ishii, GEF CEO and Chairperson

We stand at a defining moment for the future of the planet and human well-being. Our global commons – the land, seas and atmosphere we share, and the ecosystems they host – are under severe threat from ever more powerful human activities.

Several planetary boundaries, within which human society has become established and thrives, have already been transgressed as we have taken the global commons for granted. On this trajectory, the threat – not just to the environment but to global aspirations for economic growth, prosperity, jobs and security – risks escalating out of control.

Business as usual will guarantee disaster. Incremental change will not suffice to avoid it: the challenge is just too great for that. The only solution is transformational, systems change.

To get on the right path to a better, safer future, we need to work together on common and systemic solutions, and to address the drivers of environmental degradation.

Three global megatrends will lead to further major degradation of the global environment under a business as usual scenario: a growing population, which will exceed nine billion by 2050; a rapidly rising global middle class resulting in a tectonic shift in consumption and diet patterns; and rapid urbanization which is expected to add one billion new residents to the world’s cities.

To “de-couple” the impact of these megatrends, we must fundamentally transform our key economic systems. We need to change the systems that support how we live, how we eat, how we move and how we produce and consume. In other words, four revolutionary shifts in social and economic life are needed: transforming cities, re-thinking food and agriculture, decarbonizing energy systems, and investing in the circular economy.

With its unique mandate across multiple multilateral environmental agreements – and its financing, holistic approach and wide network of partners – the Global Environment Facility is particularly well placed to help catalyze the required transformation.

Established on the eve of the 1992 Rio Earth Summit, the Facility was set up to help tackle our planet’s most pressing environmental problems.

Its strong, diverse, and expanding network of partners includes 183 governments, together with civil society organizations, academia and private companies, as well as its implementing and executing agencies.

Since its inception, it has accumulated a vast body of experience and knowledge. It has a key role in bringing together multiple stakeholders and in catalyzing the private sector to form sustainable partnerships. And it has also always been ready to innovate.

But the uncomfortable truth is that we, like the rest of the international community, are failing to reverse the sharp downward trend in the global environment. We have won battles, but the war is still being lost. There have been many good initiatives, but the Facility's projects, too often fragmented and isolated, have come up short in shifting the needle in the right direction, let alone in bringing about transformational change.

It’s increasingly clear that the Facility cannot afford to stand still. In the face of the scale and the urgency of the threats facing the planet, the emerging global momentum for change, and the evolving global financial landscape, the Facility needs to seize opportunities to make a bigger difference.

It is high time for the Facility to change and – with the full support of its Council – it is doing so. Three years ago, the Council agreed on the GEF2020, the organization’s first-ever long term strategy, which we are now implementing. We are switching the focus of our operations to address the underlying negative drivers of environmental degradation – rather than merely its effects – and to support innovative and scalable activities that cost-effectively deliver the highest impacts.

We have a golden opportunity ahead of us. We are currently in the middle of discussions on the seventh replenishment of the Facility's Trust Fund. Participants will assess what works and what does not, and what strategy we should embrace at this critical moment. It’s a chance to raise our own ambition.

The emerging overall programming architecture of the Trust Fund is aimed at advancing the 2020 vision by addressing the drivers of environmental degradation and contributing to systems change in key areas that impact our mission.

It is increasingly evident that it is simply not possible to address a particular environmental issue in isolation, as if it inhabited its own silo. Instead we need to address complex challenges in an integrated manner.

Some of the Facility's recent activities have provided clear evidence of the need to go deeper into the fundamental causes of environmental degradation. If we are to protect biodiversity, for instance, we should invest not only in protected areas but also make integrated investments in reforming land use and food systems, the major drivers of biodiversity loss. This in turn will meet the goals of multiple conventions and deliver more global environmental benefits, with greater impacts.

We all want to live on a healthy planet, and enjoy the beauty of nature. The world is responding to the threats we face, but not fast enough. With the Sustainable Development Goals and the Paris Climate Agreement, the world’s nations have provided momentum and direction that must be seized. And multi-stakeholder sustainability platforms have proliferated, reflecting a growing recognition from business of both the risks and the economic opportunities that exist.

But, important as this all is, it is only a start. Much more is needed, and it must happen fast: we are at a tipping point, for good or ill, for the world's environment and prosperity.

The replenishment of the Trust Fund should be more about looking forward than back. And, grave though the current threats may be, future development in harmony with the planet is within our grasp.

We need to act swiftly, and at scale, to realize it – and that is just what the Facility intends to do.