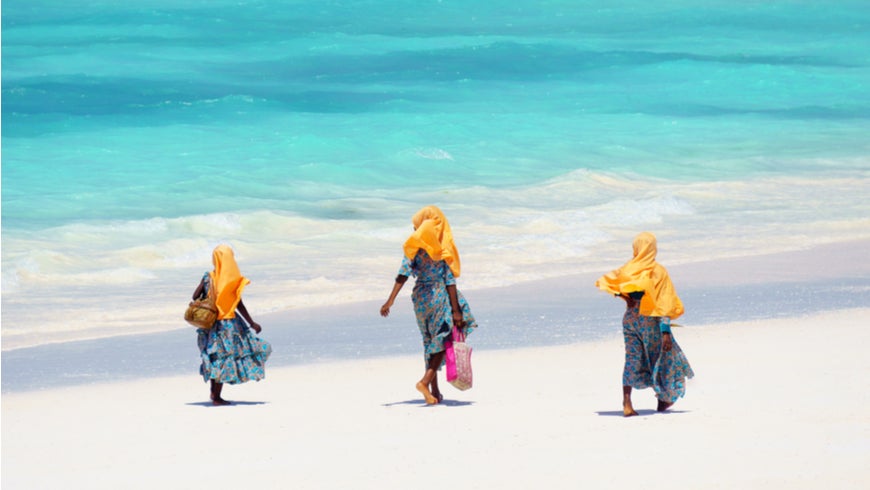 Since fish provide the main source of animal protein for more than a billion people in the developing world, are food security and better nutrition even possible without first achieving SDG 14, which entails conserving and sustainably using the oceans? Photo: Catalay/Shutterstock

Several years has passed since the world’s governments agreed on the sustainable development goals (SDGs). But as the theoretical rubber of their targets and indicators meets the road of practical policy reform to implement them, we are hearing a discordant sound.

The noise does not in any way resemble the well-crafted orchestral score that might be expected while implementing such long planned goals. This is a familiar challenge for sustainable development: policymaking typically follows the mandates and administrative boundaries of government ministries rather than “whole system thinking”.

Implementing the SDGs will add more dimensions to this challenge. It will, for example, involve drawing and navigating a map showing how they are interlinked across different economic sectors and policy domains – and understanding how policy responses that target one goal will help or hinder progress towards others.

Food and agriculture illustrate the point well. For a start, SDG two is about ending hunger, sustainable agriculture, and achieving food security and improved nutrition. Yet, since fish provide the main source of animal protein for more than a billion people in the developing world, are food security and better nutrition even possible without first achieving SDG 14, which entails conserving and sustainably using the oceans? At present, we seem intent on competitively mining fish stocks to depletion and destroying underwater life in defiance of both common sense and good economics.

The relationship is similarly strained when it comes to life on land, the subject of SDG 15. We already use around 40% of available land for growing our food – three-fourths of it for growing meat and feedstock for livestock. That is projected to reach a staggering 70% under “business as usual”, which would ring the death-knell for many terrestrial ecosystems and significantly threaten land-based biodiversity. Our food system also generates more than a quarter of the greenhouse gas emissions driving global climate change, the subject of SDG 13. This connection also works dangerously in the other direction: some of our most important staple crops are vulnerable to a changing climate.

Nor do these interlinkages stop with the SDGs’ ecological foundations – life on land and under water, and climate change – they continue through their “social” layer as well. Food systems are undermining human health, and permitting – even promoting – inappropriate diets and unsafe foods. As last September’s Global Nutrition Report states: “Diet is now the number one risk factor for the global burden of disease”.

This defines perhaps the biggest health challenge of our times, and takes us to the heart of SDG three, which aims to ensure healthy lives and promote wellbeing for all ages. While an estimated 0.8 billion people remain hungry, another 1.9 billion consume over 3,000 kcal/day – well above the World Food Program’s recommended 2,100 kcal/day. Far from reducing inequalities – as envisaged by SDG 10 – our food system appears to be adding to them. Obesity is growing in developing as well as developed nations – especially among children whose diets are increasingly dominated by processed foods high in fats and carbohydrates, and sugar-laden fizzy drinks. Thus SDG 12 on responsible consumption and production is also comprehensively challenged by the food system.

Many other goals targeting social change – such as SDG one on poverty and SDG 10 on reduced inequalities – depend on biospheric resilience and stability, and on equitable access to abundant natural capital. Indeed the biospheric goals (six, 13, 14, and 15) can be envisaged as the base of a wedding cake. Stability and resilience are essential in achieving them. One level above them are the “social” goals where equitable access is critical, while the final layer is made up of economic goals, driven by productivity and efficiency.

On the positive side, tracing these interlinkages to their logical conclusions reveals system-wide solutions. Agriculture, for example, is the world’s largest employer, with over 1.3bn jobs – around a billion of them in small farms of under two hectares. If policy reforms could be focussed on making small farms better – lowering risks, increasing yield, and achieving fairer prices – that would go a long way to achieving SDGs one, two, 10, and five (on poverty, hunger, reduced inequalities, and gender equality).

Furthermore, a strong case is emerging that shifts towards healthier diets with more plant-based foods, and less meat could cut food-related greenhouse gas emissions by an estimated 29-70% as well as reducing mortality by 6-10% by 2050. If this change could be achieved, it would also go a long way towards achieving several SDGs – especially three, 12, and 13.

In other words, policymakers should not avoid, but rather embrace, the complexity of the SDGs, and seek collaborative and holistic solutions – cutting across ministries, sectors and the whole economy – as they seek to tackle poverty while protecting the global commons. The new world of 2030 awaits!

With special thanks to Johan Röckstrom and the Stockholm Resilience Centre

Our food system is broken: we must repair it