Ethiopia: Partnership Conserves Resources for the next Generation 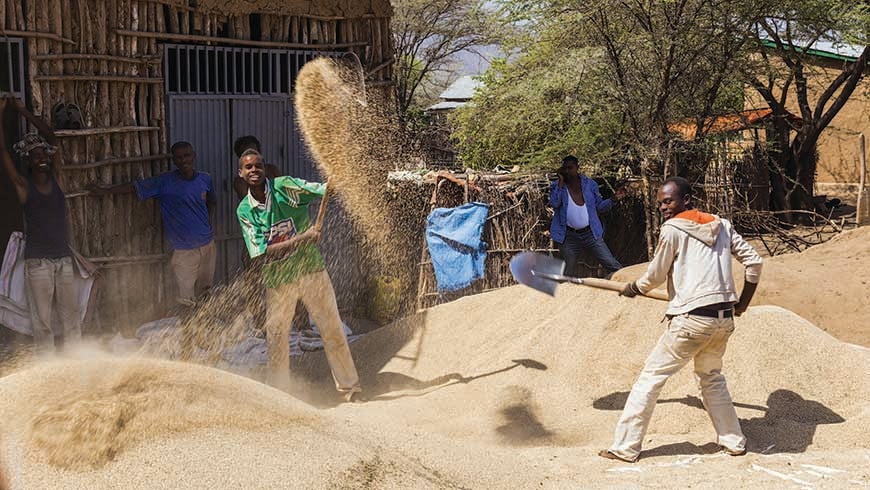 The Global Environment Facility (GEF) has been active in Ethiopia for 25 years. It has invested many millions of dollars, leveraging further millions in co-financing resources from Government, the United Nations Development Programme (UNDP) and other partners to implement over 30 national projects benefiting more than two million farmers, including women and youth.

Over the years, UNDP has increasingly enjoyed opportunities to help Ethiopia enhance its partnership with the GEF on the environment and biodiversity conservation as well as in tackling climate change.

The country is home to important gene pools of wild relatives for over 197 species of crops, some containing wild genetic materials critical for the sustenance of future production both in Ethiopia and globally .On the other hand, over 80% of the country's large population (the second biggest n Africa) predominantly relies on mostly subsistence rain-fed agriculture to make a living. Ethiopia is also highly vulnerable to climate shocks: drought, floods, land degradation and endangered species are key areas of concern. The government has taken a number of policy measures to tackle such challenges including launching the Climate Resilient Green Economy.

The high-level policy support of the Government of Ethiopia has been complemented with climate-smart, participatory, sustainable, gender-sensitive and replicable community programmes. The results have been strongly encouraging, including the gazetting of seven protected areas and the torching of 6.1 tons of illegal stockpiled ivory.

Introducing crop insurance to 3000 farmers across four regions helped them handle the 2015 crop failure and sets an example of a replicable intervention for the rest of the country. A set of interventions - now scaled up to nine regions through financial support from GEF, Norway, Japan and UNDP - has also helped beneficiaries cope with drought, grow crops, and stay out of the country’s food aid beneficiary list following the recent shock caused by El Nino.

As for biodiversity conservation, GEF-supported intervention helped Ethiopia to restore farmers' varieties of teff (Bunge Enat seed) which had been lost from fields for over 28 years. The reintroduction has already benefited over 15,000 households. Farmers have also benefited from extension packages and climate change adaption interventions, giving them access to better crop yields than from improved varieties. This is also strengthening Ethiopia’s capacity to research into using gene pools to adapt to climate change though meeting the ever-growing demand for food.