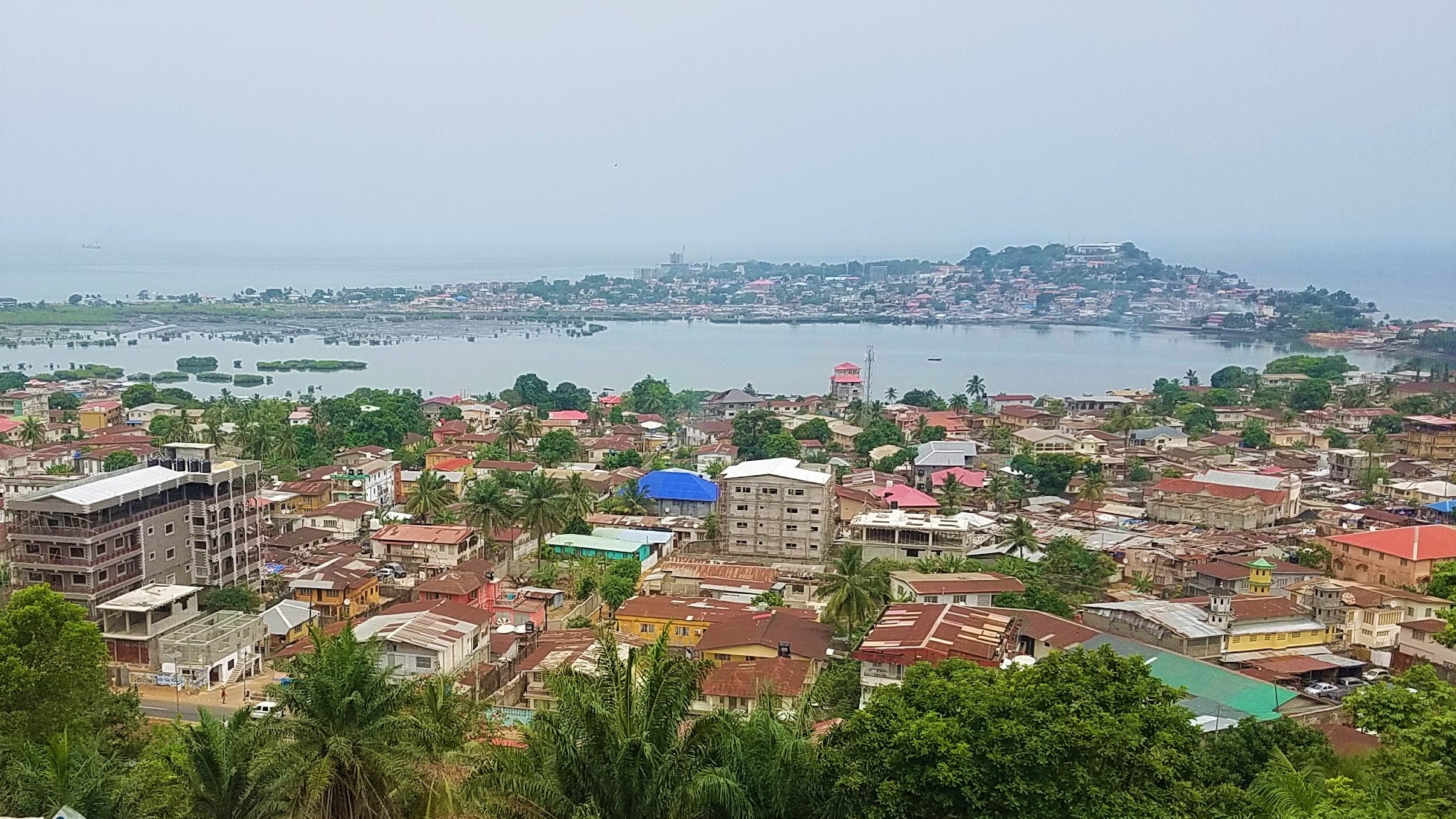 The agenda to transform Freetown has created an opportunity for the country to tackle the many challenges of urbanization. National Dialogue in Sierra Leone explored the possibility of the country’s participation in the Sustainable Cities Impact Program in GEF-7. Photo: Mohamed Bakarr/GEF.

Inclusive dialogue with stakeholders is increasing country ownership and helping to enhance the impact of programming in GEF’s new four-year funding cycle, known as GEF-7.

Over the last six months in more than 20 countries, government ministries, GEF implementing agencies, and other stakeholders including academics, the private sector and NGOs have gathered with representatives from the GEF Secretariat for country-driven consultations called National Dialogues. The dialogues are an opportunity for GEF recipient countries to reach a consensus with a vast array of stakeholders on the course forward in addressing pressing environmental issues.

During a typically two-day workshop, participants hear from the GEF about the funding priorities of the new GEF-7 strategy and key operational policies, as well as participate in engaging discussions on potential projects to be launched under the new allocations.

The workshops are wide-ranging and include sessions to inform and validate national objectives, policies, and strategies; to provide insights on how to mainstream environment in national decision-making; and to incorporate the idea of natural capital accounting – or attributing value to environmental assets within a country and factoring that value into decisions related to the national economy.

“We have seen a very enthusiastic participation by the governments,” said Mohamed Bakarr, GEF’s Lead Environmental Specialist. In Togo, for example, the Government held a one-day workshop to prepare for the National Dialogue prior to the event. As an outcome of this internal consultation, the Government of Togo produced a document intended to facilitate the discussions at the upcoming National Dialogue.

“This enthusiasm”, he continues, “sometimes results in very ambitious proposals. But when we sit down to discuss, our goal is to come up with a promising and doable list of interventions based on countries’ national priorities through an inclusive process.” This inclusive process sometimes means an opportunity for local communities to voice concerns to national and sub-national governments, or for NGOs to speak to private sector firms looking to invest in sustainable projects in their area.

Though National Dialogues can be conducted at any time during the lifecycle of a funding period, early discussions are beneficial in establishing transparency and efficiency in the program design and implementation. These early planning sessions allow countries to refine their national priorities into well-informed strategies, and to hone ambitious ideas into a concrete list of results-oriented projects.

National Dialogues cover country priorities in all of the GEF focal areas - biodiversity, climate change, international waters, chemicals & waste, and land degradation. This time around, however, countries’ potential interest in the recently launched Impact Programs (IPs) was also on the agenda. In fact, with the deadline for formal submission of Expressions of Interest approaching, getting countries up to speed to apply for the GEF’s Impact Programs (IPs) on Food Systems, Land Use, and Restoration (FOLUR), Sustainable Cities, or Sustainable Forest Management has driven the majority of the dialogues to take place this early in the funding period.

While all recipient countries are eligible to apply for participation in the IPs, not all will meet the criteria. For the countries that have clear interest in joining the programs, adding this topic to the agendas means broadening the circle of people and groups invited to participate in the dialogues.

For example, with Sustainable Cities, the participating country would invite city mayors and representatives of the private sector to be involved in discussions. For FOLUR, institutions involved in agricultural production would be invited to attend. This enriches the conversations and adds new perspectives to the country program design.

Participation of countries like Sierra Leone and Cote d’Ivoire presents high potential benefits for the work of the Impact Programs.

In Sierra Leone, where the urban transformation agenda has recently gained momentum through an energetic and passionate mayor in the capital city of Freetown, the National Dialogue was used to establish how the Sustainable Cities IP could support this effort. “The agenda to transform Freetown has created an opportunity for the country to tackle the many challenges of urbanization,” says Mohamed Bakarr, “so it was important for the dialogue to explore the possibility of prioritizing Sierra Leone’s participation in the IP in GEF-7.”

Similar inspiration to tackle tough issues through the IPs was seen in the case of Cote D’Ivoire.

Cote d’Ivoire together with Ghana are the biggest producers of cocoa in the world. While cocoa production is the main contributor to these countries’ economies, it is also the biggest driver of tropical deforestation in the Upper Guinea ecosystem of West Africa.

Without a decrease in the expansion of cocoa to preserve existing forest land, and increased efforts to reforest degraded areas in these two countries, the world could lose a large portion of this ecosystem forever.

Through the FOLUR IP, which promotes a holistic and system-wide approach to reconcile competing social, economic, and environmental objectives of land management and move away from unsustainable approaches, GEF support could help Cote d’Ivoire meet the need for increased crop production, while reducing or eliminating further destruction of forests and their globally important biodiversity.

“We welcomed a request for an early National Dialogue from Cote D’Ivoire. This country is an important potential candidate for the new and innovative FOLUR Impact Program, and for us it meant having an efficient and timely opportunity to help this country submit a strong expression of interest for the program,” says Pascal Martinez, GEF’s Senior Environmental Specialist.

Since last September, 24 National Dialogues took place across Africa, Asia, Eurasia, and the Caribbean, with seven still in the planning phases for this year.