The GEF and Samoa: A Genuine Partnership. 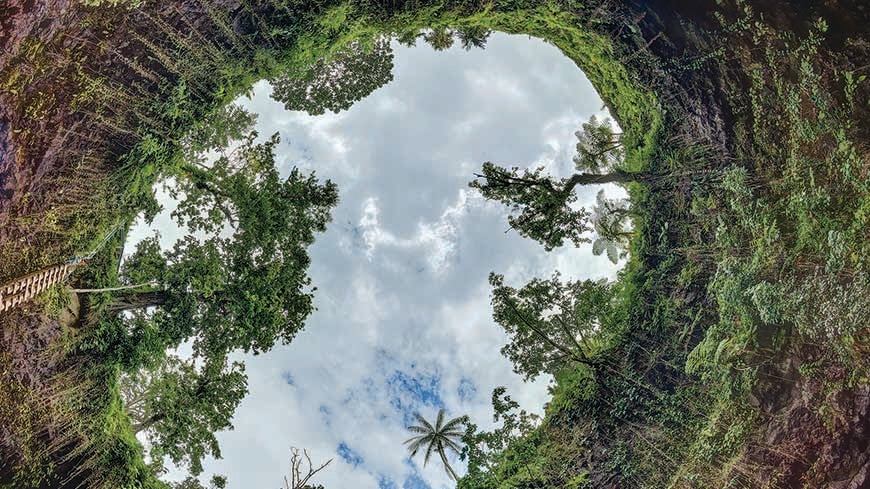 This year's 25th anniversary of the Global Environment Facility is an equally significant milestone in the Samoa/GEF partnership. For a quarter of a century, ever since the Facility’s pilot phase, Samoa has been - and continues to be - a grateful recipient of its financial support and assistance.

Such a partnership was natural and to be expected. The GEF was set up to provide the means to assist Small Island Developing States like Samoa to enhance their resilience and adaptive capacity to help cushion against the impacts of climate change. Samoa knows well from real-life experience the physical and mental scars that climate change entails, including the loss of life and property and infrastructure and the ease with which a small economy can be crippled. The expected increase in the number and severity of extreme weather events pose a threat to all development sectors of the country such as infrastructure, water, agriculture and fisheries, health and livelihoods, and make the role and contribution of the GEF all the more important, critical and vital.

The GEF has partnered with Samoa and some of its bilateral, regional and international partners to address these challenges, through interventions implemented with the prioritized profiles identified in Samoa’s National Adaptation Programme of Action. These are in the form of Mitigation and Adaptation Actions providing soft and hard solutions to help achieve the goal to “increase the resilience and reduce the vulnerability of Samoa”.

The following is a snapshot of some of the recent GEF-funded projects and programmes, capturing the breadth and scope of its involvement in Samoa. The majority of projects implemented have enjoyed success in various ways. Importantly, some have resulted in tangible tools and outcomes which have been refined, adopted and used nationally, and to some extent regionally in one or two neighboring island countries.

One such tool is the Climate Early Warning System (CLEWS) used in our Agriculture and Health Sector for a project on Integrating Climate Change Risks primarily to identify long term food securities and diversified resilient cropping and farming techniques as well as the connection between the patterns and dynamics of specific disease prevalence and climate-related trends. The result was that the capability to better prepare and respond when needed was greatly enhanced, as was mobilising adequate resources.

The need to climate-proof infrastructure became apparent in the aftermath of Cyclone Evans in 2012 with reconstruction costs amounting to US$204 million. The experience prompted Samoa to construct climate proof infrastructure such as roads, bridges, a sea wall and the upcoming Vaisigano River Revetment Wall including an update of the current 1992 National Building Code.

Active engagement and participation by local communities is an integral part of the Government’s approach for ownership and buy-in: they are the people feeling the onslaught and physical effects of climate change on the ground and at the frontline. The use of Participatory 3 Dimensional Modelling (P3DM) has proved to be an effective tool in engaging and instilling a sense of community ownership of projects and programmes This has contributed to the widespread use of the P3DM nationally and regionally such as in the Ridge to Reef Project in Niue and the project on Strengthening Resilience of our Islands & Communities to Climate Change in the Cook Islands

There is a close correlation with establishing and adopting lessons from Agroforestry Practices and Community Nurseries lessons encouraged through the ICCRIFS Project, and since adopted by similar Projects such as the Project on Forestry Conservation and Protected Area Management in Samoa, Fiji, Vanuatu, Niue funded by the GEF through the Food and Agriculture Organization.

Samoa has invested heavily in such renewable energy technologies such as solar, wind and biomass gasification systems. This makes good sense all three use resources that Samoa has in plentiful supply - sunlight, wind and invasive (?) weeds.

Now the priority is to mainstream climate change with disaster risk management and reduction across all sectors so that climate change is viewed holistically as a cross-cutting issue and not seen as a silo.

The timing is ideal as Samoa is working to finalise its “Strategy for the Development of Samoa, 2016-2020”. This and the resultant sector-level plans will help Samoa implement the 2030 Agenda, the Paris Agreement, the Addis Ababa Action Agenda, the Sendai Framework for Disaster Risk Reduction, the SDGs and the SAMOA Pathway.

The GEF has been a reliable, understanding and faithful partner to Samoa during the last 25 years. Samoa is at critical juncture following its graduation from the Least Developed Country category on 1 January 2014, making it ineligible to receive resources under the GEF's Least Developed Country Fund. It hopes that it can continue to benefit from other financial support from GEF. For its part, Samoa will continue to contribute optimally to the global effort to address climate change within the constraints of its resources because it is the right and morally correct thing to do. And with GEF’s assistance and support, nothing is impossible.