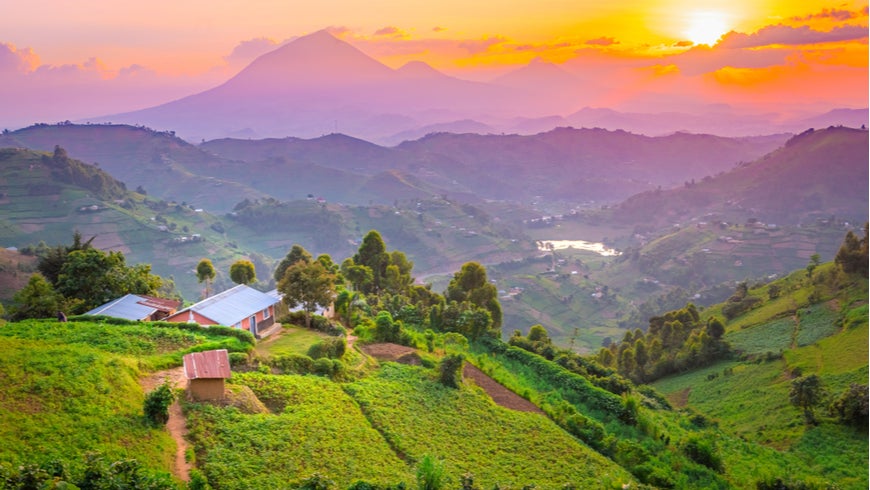 In all, the landmark work program represents new priorities for the GEF to address the need for systems change as the challenges of safeguarding the global commons - the shared resources that ensure a habitable planet upon which we can all thrive - get ever greater. Photo: mbrand85/Shutterstock.

Governments from around the world have agreed a record programme of action aimed at bringing about transformational change around the world to address an unprecedented attack on the Earth's life-support systems.

Attending the Council meeting of the Global Environment Facility (GEF) - one of the premier public funders of action to protect and conserve the global environment - the governments approved a $865.9 million work program, the biggest in its history. This will benefit 91 nations, including 30 Least Developed Countries and 32 Small Island Developing States (SIDS).

At the heart of it are four pioneering “Impact Programs” that set out to tackle the cause, and drivers, of environmental destruction in an integrated way, rather than just deal with its symptoms, as many projects have in the past. It also includes increased financial support to combat the illegal wildlife trade, and new projects to rapidly increase the use of electric vehicles in low- and middle-income countries and to manage toxic chemicals in SIDS.

In all, the landmark work program represents new priorities for the GEF to address the need for systems change as the challenges of safeguarding the global commons - the shared resources that ensure a habitable planet upon which we can all thrive - get ever greater. These priorities were first endorsed by the Council in 2014, in the GEF 2020 strategy, and are at the core of its new $4.1 billion funding cycle, GEF-7, which started in July 2018.

Since then the need for the new approach has become ever clearer. Last fall the Intergovernmental Panel on Climate Change (IPCC) showed that rapid and far reaching changes would be needed if global warming is to be kept to the necessary 1.5 degrees Celsius above pre-industrial times.

Naoko Ishii, the CEO and Chairperson of the GEF, told the Council: “This is a great opportunity to prioritize our investments in response to the huge challenges we are facing and what we can do to address them. This set of projects and programs reflect the findings of recent scientific reports calling for transformational change in key economic systems.”

The four Impact Programs together account for $495.5 million – or over 57 per cent - of the work program approved by the Council. Deeply collaborative, they bring together countries to work collectively and comprehensively, with direct effects on ecology, economics and societies regionally and globally. They will robustly involve both business and government ministries beyond the environment ones that have traditionally carried out projects.

The biggest of them ($232 million), The Food Systems, Land Use and Restoration (FOLUR) Impact Program, sets out to transform food production and land use systems, which are major causes of global environmental degradation. Initially focussing on 18 countries in Asia, Africa, Latin America, and the Pacific - which include major producers of palm oil, rice, cocoa, coffee, wheat, and cattle - it will help them increase production while resisting further expansion of farmland, erosion of genetic diversity, overexploitation of land and water, overuse of chemical fertilizers and pesticides, and the inefficient practices that lead to deforestation, land degradation, loss of biodiversity, and greenhouse gas emissions.

The three other Impact Programs focus on sustainable forest management (SFM). The first, the SFM Amazon Sustainable Landscapes Impact Program ($96 million), seeks to maintain the integrity of the Amazon Basin ecosystem because of its global importance for biodiversity, climate, water, and other environmental services it provides. It will be carried out in seven countries - Bolivia, Brazil, Colombia, Ecuador, Guyana, Peru, and Suriname – covering some 92 per cent of the Amazon basin. It sets out to increase the area under effective conservation, reduce deforestation, promote sustainable use and restoration of native vegetation and management of freshwater ecosystems, and ensure the conservation of species, habitats, ecosystem services, and cultural values.

Similarly, the SFM Congo Basin Sustainable Landscapes Impact Program ($62 million) addresses the world's second largest rainforest, one that is still in relatively good health but is under threat, including from mining, industrial agriculture, oil exploration and logging. The program aims to prepare the region to deal with these threats by empowering local communities and pioneering an alternative pathway to development.

Finally, the SFM Impact Program on Dryland Sustainable Landscapes ($104 million) focusses on some of the most important areas on Earth, which face some of the most urgent environmental and development challenges of all but have generally been passed over for coordinated investment. Concentrating on southern and western Africa and Central Asia, it aims to avoid, reduce and reverse further deforestation, degradation, and desertification in the drylands, envisaging their sustainable management on a global scale.

Meanwhile, the wildlife program aims to provide local communities with both sustainable revenue streams and healthy wildlife populations. It will develop local economies in Africa, Asia, and Latin America to provide alternative sources of income and thus counter the illegal wildlife trade which is having devastating effects on impacts on the populations of many species.  It will focus on turning local habitats and wildlife into “engines of economic growth and inclusive development” instead of their being trashed for short term gain through the trade.

The GEF financed the Global Wildlife Program to tackle the trade under its last funding cycle, GEF-6. The new cycle, (with $82 million in new financing) will build on this, investing in 13 countries in Africa, Asia, and Latin America.

The Global Programme to Support Countries with the Shift to Electric Mobility ($33 million) will be the first global inter-agency program of its kind to focus primarily on developing countries, where the International Energy Agency (IEA) expects most of the doubling of the world car fleet expected by 2050 to take place. Working closely with the IEA and the private sector, it will set out to take the risk out of investment in electric vehicles and raise awareness of their many benefits.

The Implementing Sustainable and Low and Non-Chemical Development in SIDS (ISLANDS) program ($61 million) will work in 27 such island states around the globe to prevent the build-up of materials and chemicals in the environment that contain Persistent Organic Pollutants (POPs), mercury and other harmful chemicals – and to manage and dispose of existing stockpiles of them.

The work program also includes other specific projects on biodiversity, climate change, land degradation, chemicals and waste, international waters as well as ones that cover more than one of these focal areas, small grants program projects, and multi-trust fund projects. And the Council will also continue to strengthen the GEF's institutional framework.

The newly approved projects and programs are expected to bring in a total of some $6.6 billion in indicative co-financing. Refer to the work program document for details.