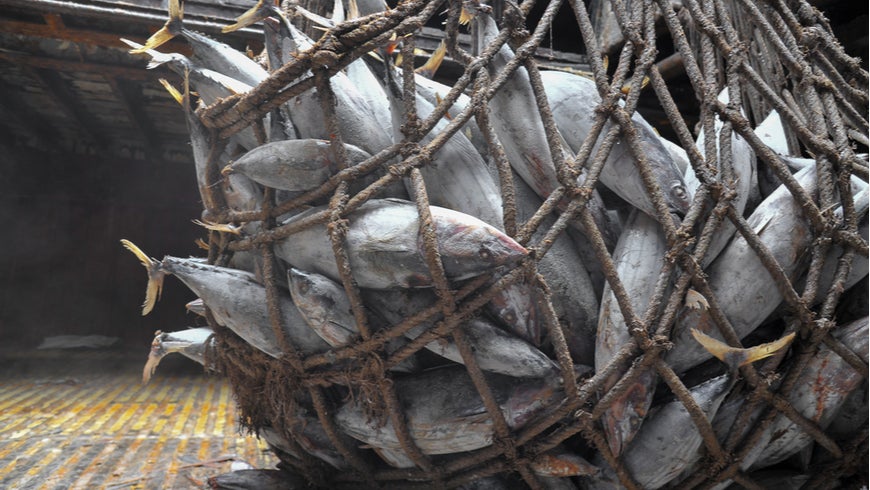 A five-year, $50 million Global Environment Facility-funded program rolled out by the Food and Agriculture Organization of the UN (FAO) and partners has made remarkable progress in protecting international waters' biodiversity by rendering fishing in these waters less harmful to several marine species, including sea turtles and tuna.

The Common Oceans ABNJ Program focused on areas beyond national jurisdiction (ABNJ) - also called international waters - that cover 40 percent of the earth and comprise nearly 95 percent of the oceans' volume.

"Keeping international waters healthy and preserving their rich biodiversity have long been a challenge for these marine areas that do not fall under the responsibility of any one country," said Maria Helena Semedo, FAO's Deputy Director-General, Climate and Natural Resources.

"The Program has brought together a broad and unique partnership to tackle this challenge by promoting the sustainable management of fishery resources and ecosystem-based practices, with some outstanding results. We hope to expand this initiative to continue safeguarding our marine biodiversity and contributing to the global goals and aspirations of the 2030 Agenda for Sustainable Development and the post-2020 Global Biodiversity Framework," added Semedo.

The GEF-FAO Program's achievements at a glance:

Between 2014 to 2019, the number of major tuna stocks experiencing overfishing went down from 13 to five. This means eight fish stocks are now being rebuilt to reach a healthy level.

To make this happen, the Common Oceans ABNJ Program brought together scientists and fishery managers to develop sustainable and transparent tuna harvest strategies and processes based on computer simulation exercises. This then helped them set and apply more sustainable tuna catch limits.

Every year, nearly 6 million metric tons of tuna species are fished worldwide. The annual value of the business is almost $12 billion. The strong demand, combined with the excessive number of fishing vessels, meant that tuna stocks were under immense pressure.

Adjustments to fishing gear - such as placing the gillnets two meters deeper - as well as training in how to protect threatened species have helped save marine mammals, mainly dolphins and sea turtles.

Bycatch reduction was also made possible thanks to an uptake in non-entangling and ocean-friendly fish aggregating devices - so-called FADs - that are used to attract fish.

Prior to the Program, there were no FAD-guidelines in place for the Atlantic, Indian, eastern, western and central Pacific Oceans. In 2019, all of them had FAD-guidelines.

The Program developed and tested non-entangling and ocean-friendly FAD-designs, and carried out workshops with over 2,500 fishers from 22 countries about bycatch mitigation techniques.

To bring down further plastic pollution at sea, studies are ongoing on the use of biodegradable materials for FADs.

Between 2014 and 2019, the Program helped to establish and protect vulnerable marine ecosystems in 18 new areas - home to deep-sea species such as corals and sponges. This means these areas have been closed to fishing.

Sharing experiences, showcasing innovative solutions and gaining a deeper understanding of the complex issues at stake in international waters, the Program also established a group of ABNJ Regional Leaders.

Connecting representatives and decision-makers from 34 countries and across various sectors strengthened their ability to participate in the ongoing negotiations for a new international legally-binding instrument under the United Nations Convention on the Law of the Sea on the conservation and sustainable use of marine biological diversity of areas beyond national jurisdiction (BBNJ).

The partnership behind the Program

To address the critical nexus between environment and sustainable food systems, GEF is an increasingly important partner for FAO with an emphasis on innovation, private sector, and integrated systems-based solutions. Today, FAO manages a GEF portfolio worth nearly $900 million, representing over 190 projects in more than 130 countries.

Discussions are underway at the ABNJ Global Steering Committee Meeting (29-30 January) in Rome to extend the Program - all with the aim of continuing to strengthen governance in international waters and reinforce measures to combat illegal, unregulated and unreported fishing (IUU), and improve coordination amongst all those who have an interest in the sustainable use of the international waters.

This piece was originally posted by the Food and Agriculture Organization of the United Nations.