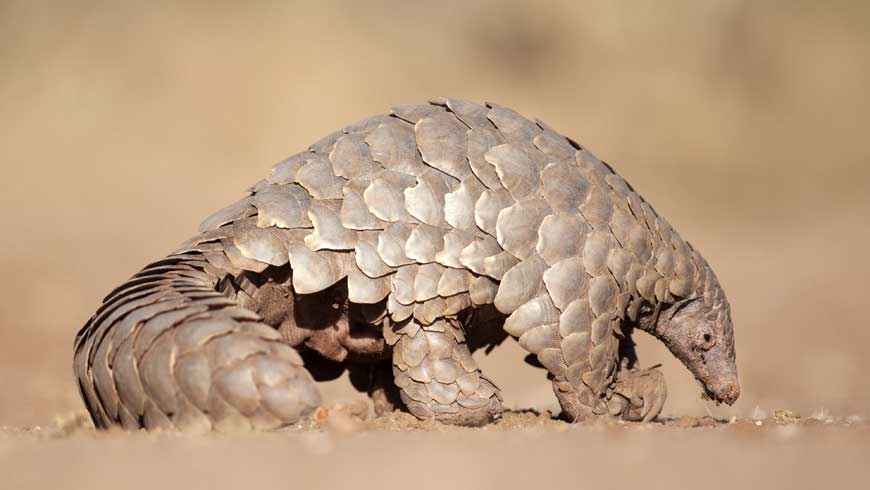 UK government is hosting an international conference on illegal wildlife trade in London from 11 to 12 October 2018. In the picture above a pangolin. All eight species of pangolin are facing obliteration. No less than a million of them have been poached since the turn of the millennium; their meat is regarded as a delicacy and their scales and blood are believed to have healing properties.

Tens of millions more dollars are to be devoted to the worldwide battle to beat the illegal wildlife trade, which is reaching unparalleled levels, endangering iconic species and human livelihoods alike.

The Global Environment Facility (GEF) will increase its funding to combat the trafficking by $37 million over the next four years, a rise of close to 29 per cent.

The funds will go to nations that decide to join in efforts to end the multi-billion dollar trade, whether by preventing poaching in wildlife areas or reducing demand for species and their products in countries to which they are illegally traded.

“The GEF has redesigned its funding strategy for the next four years to step up its support to help stamp out illegal wildlifetrade,

said Naoko Ishii, GEF CEO and Chairperson.  “We will make funds available to support countries efforts to stop poaching and illegal wildlife trade , and we will also work on reducing consumer demand.”

The initiative comes at a time when both the illegal trade and international attempts to tackle it are reaching unprecedented heights. This week a special event, hosted by the UK government – the Illegal Wildlife Trade Conference – will take place in London. It aims at tackling the trade as a serious organised crime, close markets for it, and build sustainable, long-term coalitions to deliver change.

It could hardly be more timely, or urgent. The numbers of black rhino and African elephant are plummeting, and all eight species of pangolin are facing obliteration.

No less than a million of them have been poached since the turn of the millennium; their meat is regarded as a delicacy and their scales and blood are believed to have healing properties.

And these are not alone. The leopard is now extinct in 23 of the 89 countries in Africa and Asia where it originally lived.

Only some 4,000 – 6,500 snow leopards still survive. Just 4 per cent of the tigers at large in the last century still remain in the wild.

A third of Latin America's parrot species are facing extinction, largely because of the illegal pet trade.

Primates, turtles, sharks and birds of paradise are all under severe pressure.

Of course, loss of habitat is playing a greater or lesser part in such declines. But, halting the illegal trade is becoming ever more urgent, not least because it is destroying human societies as well as biodiversity.

Spurred both by poverty and political instability in wildlife countries and by rising demand in increasingly prosperous consuming ones, the illegal trade is now believed to be worth $7 to $23 billion a year

(source UN Environment 2016). It is now one of the most lucrative illegal businesses in the world.

It is far from being victimless crime. It fuels corruption and conflicts and deprives local communities of one of their greatest resources, not least because it robs them of natural capital and denies them opportunities to gain from nature-based tourism, thus deepening poverty and inequality. Crimes affecting natural resources are reckoned to cost societies more than $70 billion a year.

Fortunately, the world is increasingly recognising the scale and urgency of the crisis – and beginning to address it. The United Kingdom, the host of this week's event, has taken an important lead. Back in 2014 it held a big Illegal Wildlife Trade Conference, at which governments agreed to recognise poaching and illicit trafficking as “serious crimes” in national legislation, and, committed to a combined attack on its driving forces - including by reducing market demand, strengthening law enforcement and promoting sustainable development. Some countries took action to halt the flow of illegal products into their markets.

The US – where the issue enjoys bipartisan Congressional support – has integrated it into the national security agenda, among other measures. The UK has enacted a ban on sales of domestic ivory. And, so has China - an initiative which, in itself, is having an effect on reducing poaching of elephants in Africa, though demand is now shifting to neighbouring countries.

That first London conference was followed by ones in Kasane, Botswana, in 2015 and Hanoi in 2016, before returning to where it started this week. Some 18 declarations and pledges have so far been made at such conferences. And, between 2010 and June 2016 over $1.3 billion was committed by 24 international donors to tackling the illigal wildlife trade in Africa and Asia.

The issue has long been a high priority for the GEF, and in 2015 it launched the $131 million Global Wildlife Programme (GWP). This “global partnership on wildlife conservation and crime prevention for sustainable development” works in 19 African and Asian countries, serving as a platform for exchanging knowledge and coordination and supporting action on the ground.

The programme is funded by the GEF and led by the World Bank, and its implementing agencies also include the Asian Development Bank, the United Nations Development Programme, and UN Environment. It has helped mobilise an additional $704 million in co-financing from a wide range of partners, including governments, GEF agencies, bilateral and multilateral donors, foundations, the private sector and civil society.

The GEF's increased funding will enable this to be taken further, helping countries to take their own measures to tackle the issue. It will, for example, increase efforts to prevent extinctions and to help establish and manage protected areas, and make them financially sustainable. It will be particularly sensitive to local communities, whose livelihoods are at stake, and promote their participation, and that of indigenous communities and women.

And it will aim to develop and enhance wildlife-based economies in places where wild species can become an economic engine for sustainable development. Growing evidence shows that such an approach, which includes eco-tourism, can provide greater economic, social and environmental benefits than livestock farming in isolated semi-arid areas. Indeed, it could provide stable jobs for over a million people and generate over $10 billion in revenue.

But, encouraging as the increasing international commitment may be, it is still a long way from getting on top of the illegal wildlife trade, and reducing its devastating toll on wild species. The 2018 London conference is an opportunity to build on previous efforts and scale up action - and the GEF is ready to play a part in it. 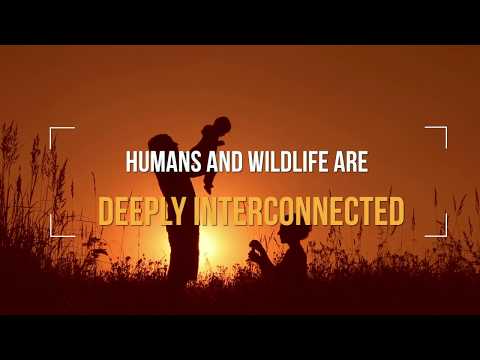