GEF welcomes new support to the most vulnerable countries 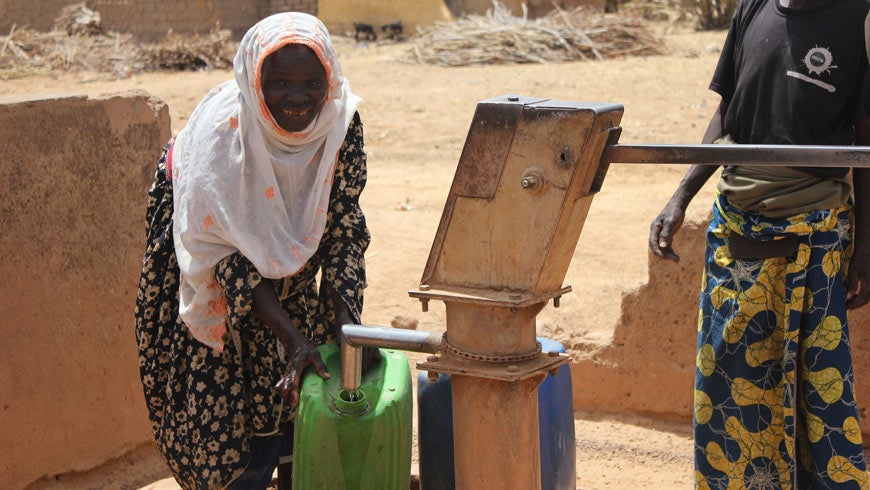 Regarding the announcement of new funding for the GEF Least Developed Countries Fund, GEF CEO and Chairperson Naoko Ishii said, “It’s the poorest and most vulnerable countries and communities that suffer the most. I want to thank the governments of Germany, Sweden, Italy, Ireland, Belgium and the region of Wallonia, for their support and commitment to help those most impacted build resilience.”

Today, the Government of Sweden announced it would provide additional funds of SEK 185 million each to the Adaptation Fund (AF) and the GEF Least Developed Countries Fund (LDCF). Also, Belgium has decided to make available an additional grant of 7 million EUR to the LDCF, while the Wallonia region of southern Belgium announced 3.25 million EUR to the fund.

On the opening day of COP23, the German government announced EUR 100 million to support developing countries in climate change adaptation, including 50 million each to the LDCF and AF. Italy and Ireland also announced financial contributions to the Adaptation Fund.

Welcoming the new financial support for the most vulnerable countries announced here at the UN Climate Conference in Bonn (COP23), the Global Environment Facility (GEF) CEO and Chairperson Naoko Ishii, said “It’s the poorest and most vulnerable countries and communities that suffer the most. I want to thank the governments of Germany, Sweden, Italy, Ireland, Belgium and the region of Wallonia, for their support and commitment to help those most impacted build resilience.”

Least developed countries (LDCs) are the most vulnerable to climate change, yet the least able to adapt.  In many cases, they lack the technical, financial and institutional capacity to identify the best ways to build resilience. That’s why the UNFCCC decided to establish the LDCF in 2001.  To date, the LDCF has supported more than 250 projects in 51 countries.

Naoko Ishii was speaking at the 10th anniversary of the Adaptation Fund being celebrated in Bonn today.

Since it was established, the Adaptation Fund has grown to commit USD 462 million to 70 concrete, localized projects that help the most vulnerable communities in developing countries adapt to climate change, while serving nearly 5.5 million direct beneficiaries around the world.

During COP23, the GEF has been profiling a number of issues including the Capacity-Building Initiative for Transparency (CBIT)  which also received a pledge of more financial support from the Government of Japan. At an event on the CBIT yesterday, Naoko Ishii expressed her “thanks and appreciation” for Japan’s contribution that now amounts to USD 5 million.

On Monday, the GEF announced USD 1 million in support of a first of its kind climate resilience investment fund. The fund will boost adaptation efforts in some of the world’s most vulnerable countries.  And, for the first time, private investors will have the opportunity to get their return by investing in a fund that exclusively focuses on resilience-related companies

For more information on GEF support to adaptation, please see the new publication prepared for COP23.