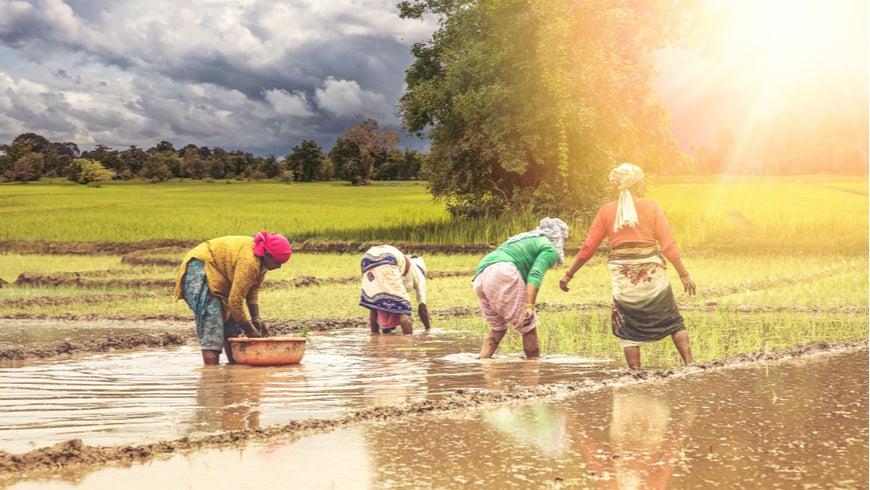 The Global Commission on Adaptation finds that adaptation can produce significant economic returns: the overall rate of return on investments in improved resilience is high, with benefit-cost ratios ranging from 2:1 to 10:1, and in some cases even higher. Photo: greenaperture/Shutterstock.

Global Commission on Adaptation report finds that investing $1.8 trillion globally from 2020 to 2030 in five areas of climate adaptation could yield up to $7.1 trillion in net benefits.

Leaders from the Global Commission on Adaptation call on governments and businesses to take urgent action to innovate and advance climate adaptation solutions in light of new research findings. The Commission is led by Ban Ki-moon, 8th Secretary General of the United Nations, Bill Gates, Co-chair of the Bill and Melinda Gates Foundation, and Kristalina Georgieva, CEO of the World Bank.

The report is being released as climate impacts – such as super-charged dust storms, floods and wildfires – are becoming an increasingly urgent reality. As recent events have shown, climate change affects people everywhere. Furthermore, without action, millions of people will be pushed further into poverty, leading to increased conflict and instability.

The report puts forward a bold vision for how to transform key economics systems to be more resilient and productive. The Commission finds that adaptation can produce significant economic returns: the overall rate of return on investments in improved resilience is high, with benefit-cost ratios ranging from 2:1 to 10:1, and in some cases even higher.

Specifically, the analysis finds that investing $1.8 trillion globally in five areas from 2020 to 2030 could generate $7.1 trillion in total net benefits. The five areas the report considers are early warning systems, climate-resilient infrastructure, improved dryland agriculture, mangrove protection, and investments in making water resources more resilient. These areas represent only a portion of the total investments needed and total benefits available.

The report calls for adaptation that addresses underlying inequalities in society and brings more people, especially people most vulnerable to climate impacts, into decision making. The reality is that those most affected by climate change did the least to cause the problem – making adaptation a human imperative.

Dr. OP Agarwal, CEO, WRI India, spoke at the launch: “Climate change poses a worldwide threat, and in India, more than 250 million people who live below the poverty line, will face its impacts. Unavailability of resources, financial insecurities and the inability to cope with changing weather systems will put added pressure on the poorest communities. Building climate resilience by developing a strong adaptation plan based on sustainable development is the need of the hour. It will benefit governments, businesses and the communities to prosper, thereby contributing to a healthy and flourishing economy.”

“The huge challenge inherent to adaptation is ‘uncertainty’ of future climate scenarios. Will we manage to keep global temperature rise below 1.5 degree or we will end up in a much warmer world? Our response will be totally different, but we must take actions now without knowing the final scenario,” said Naoko Ishii, CEO and Chairperson, Global Environment Facility. “One way to handle this uncertainty is for national and local governments, local academics, business and communities to collaborate more on planning and investment decisions. Only by working together will we find solutions which will leverage private sector investment at the pace and scale needed to address the climate crisis.”

Ban Ki-moon, 8th Secretary General of the United Nations, and Chair of the Global Commission on Adaptation, commenting on the report’s findings said on Monday, before the release, “Climate change doesn’t respect borders: it’s an international problem that can only be solved with co-operation and collaboration, across borders and worldwide. It is becoming increasingly clear that in many parts of the world, our climate has already changed and we need to adapt with it. Mitigation and adaptation go hand-in-hand as two equally important building blocks of the Paris Climate Change Agreement. Adaptation is not only the right thing to do, it is also the smart thing to do to boost economic growth and create a climate resilient world.”

The report is being launched simultaneously in New Delhi and in over 10 capitals and cities around the world, including Majuro, Marshall Islands; Beijing, China; Geneva, Switzerland; Mexico City, Mexico; Ottawa, Canada; Wainibuka, Fiji; Washington DC, United States; and more. These events, and a new social media campaign -- #AdaptOurWorld – are aimed to demonstrate the strong demand for adaptation around the world.

The Commission’s report highlights many economic, social and environmental benefits of adaptation. For example:

The report calls for revolutions in three areas—understanding, planning and finance—in order to ensure that climate impacts, risks and solutions are factoring into decision making at all levels. The report explores how these major system changes can be applied across seven interlocking systems: food, natural environment, water, cities, infrastructures, disaster risk management, and finance.

The Commission will make several announcements and unveil additional actions at the UN Climate Summit in September. These “Action Tracks,” which are outlined in the report, cover areas such as food security, resilience, disaster risk management, and finance.

The Commission will also announce the start of the Year of Action, at an event hosted by the Dutch Government, at the UN Headquarters, on September 24. The Year of Action will build on the report’s recommendations to mobilize action on climate change, which will be featured at the Climate Adaptation Summit in October 2020 in The Netherlands.

About the Global Commission on Adaptation

The Global Commission on Adaptation aims to inspire heads of state, government officials, community leaders, business executives, investors and other international actors to prepare for and respond to the disruptive effects of climate change with urgency, determination and foresight. By accelerating climate adaptation, we can ensure that people benefit from cost-effective options, reduce risks, and come out stronger. Composed of 34 Commissioners and convened by 20 countries, the Global Commission on Adaptation brings together leaders from political, business, multilateral, and scientific worlds to identify solutions and drive action. The Commission is led by Ban Ki-moon, Bill Gates and Kristalina Georgieva. It is co-managed by the Global Center on Adaptation and World Resources Institute.