How to share out the world’s resource pie sustainably 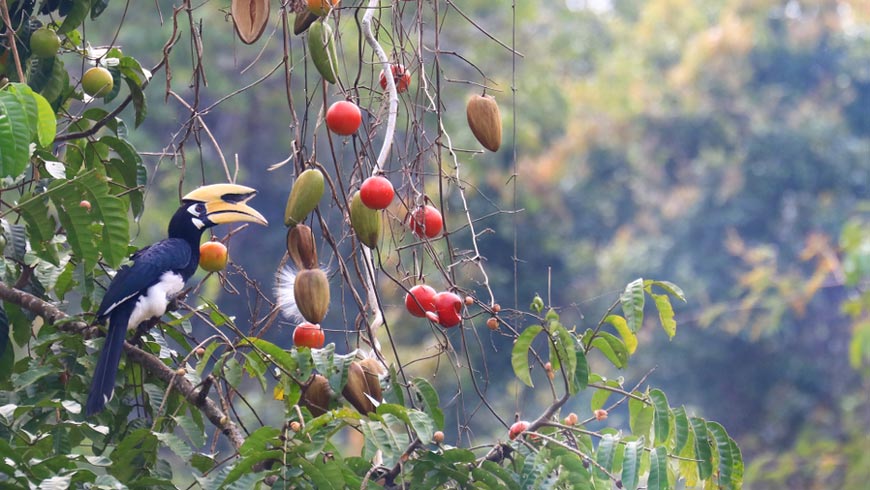 Ways of determining thresholds and allocations are emerging in some areas – a testament to how a new global consciousness is developing. Photo: Shutterstock.com

The invisible hand needs an invisible “band”, constraining it for the common good. So suggested Garrett Hardin in his seminal 1968 essay, The Tragedy of the Commons. In it, he exposes the achilles heel in Adam Smith’s 1776 notion of the “invisible hand” – the assumption that “decisions reached individually will, in fact, be the best decisions for an entire society” – and links it to William Forster Lloyd’s lesser-known coining of the idea of the “commons”. In an obscure pamphlet in 1833, Lloyd described “a pasture open to all” supporting many herds, with natural forces keeping impacts “well below the carrying capacity of the land” – until the “day of reckoning” when:

... the rational herdsman [sic] concludes that the only sensible course for him to pursue is to add another animal to his herd. And another; and another ... But this is the conclusion reached by each and every rational herdsman sharing a commons. Therein is the tragedy. Each man is locked into a system that compels him to increase his herd without limit – in a world that is limited.

Replace “herdsman” with “company” and “animal” with “growth” and we have the 21st century dilemma.

The solution is to attune ourselves to thresholds and allocations. What does this mean? In simple terms:

The concept of thresholds and allocations, applied to companies, was established in 2002 with the second iteration of the Global Reporting Initiative (GRI)’s Sustainability Reporting Guidelines. These use the principle of sustainability context, which calls for measuring and reporting on the performance of an organisation in the context of the limits and demands placed on economic, environmental, or social resources at a macro-level.

Unfortunately, a recent Danish study shows that only 5% of sustainability reports have ever applied this principle – and a mere 0.3% have done so to strategy and operations. This has created a significant context gap – a failure to present performance in the wider context of sustainability. This, in turn, served as an original inspiration for the founding of the initiative, Reporting 3.0 in 2013. Over the past half-decade, Reporting 3.0 has stressed the interlinkages between impacts at the micro level (company), meso level (sector, portfolio, and habitat) and macro level (ecological, social, and economic systems) and on managing resources within their carrying capacities. Now, as a next logical step, it is establishing a Global Thresholds & Allocations Council (GTAC) to close the context gap and scale up the necessary measurement, management, and reporting.

The original inspiration for GTAC came from GRI co-founder Allen White who says it “seeks to close this context gap by validating and, where necessary, developing thresholds and allocation methodologies”. Thus, he adds, it will enable companies to implement the sustainability context principle “in concert with an independent, trusted and authoritative expert source”.

Ways of determining thresholds and allocations are emerging in some areas – a testament to how a new global consciousness is developing. Take climate change and greenhouse gas emissions. The Science Based Targets initiative provides tools for aligning corporate carbon footprints with the global carbon budget determined by the Intergovernmental Panel on Climate Change, and for distributing allowable emissions proportionately among companies. Similarly, on the social side, the United Nations Guiding Principles on Business and Human Rights (UNGP) – developed under UN Special Representative for Business and Human Rights John Ruggie – represent widely acknowledged norms that function like thresholds.

Other examples include the Future Fit Business Benchmark, which sets “break even” thresholds (though it refrains from setting allocations), and some initial thinking by the Stockholm Resilience Centre, World Resources Institute, Global Environment Facility, International Union for the Conservation of Nature (IUCN) and others – which seek to apply science-based targets across the global commons. Indeed, the One Planet Approaches report from WWF, IUCN, and the Swiss Federal Office of the Environment, catalogues 60 approaches that apply thresholds and allocations, and distills them into a generic eight-step framework that can be applied broadly.

GTAC operates at a level above all these initiatives and provides guidance to companies on the validity, strengths and weaknesses of different approaches. It can also spur necessary development for areas that lack sufficiently rigorous thresholds and allocations. To set it in motion, Reporting 3.0 is convening a kick-off meeting on January 31 at the Dutch Federation of Accountants in Amsterdam with many distinguished contributors.

The ultimate goal is to create and strengthen the “invisible band” that’s needed for the invisible hand to work. Without it, it is not possible to close the sustainability context gap and state how sustainable an organisation truly is.