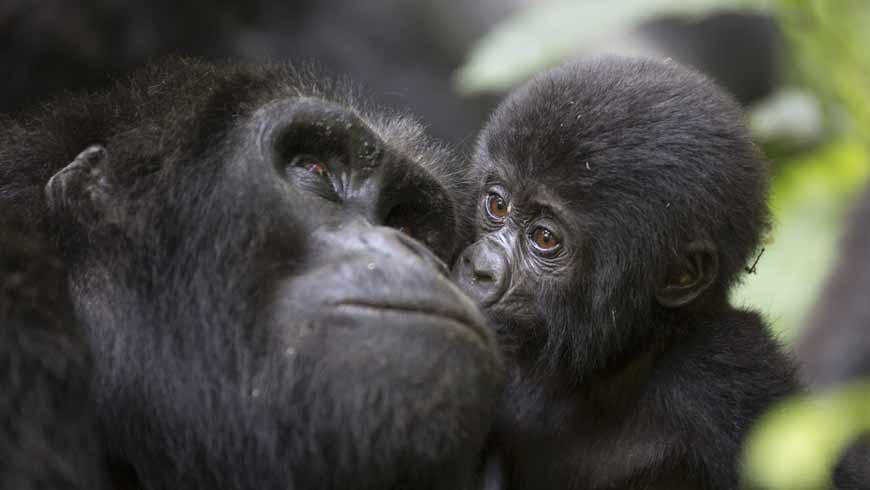 From combatting illegal wildlife trade to the promotion of ecotourism and inspiring nature protection through poetry, the GEF is working with a wide range of partners to highlight the importance of biodiversity today.

The International Day for Biological Diversity (IDB) 2017, celebrated each year on May 22, is an opportunity for the international community to reflect on the importance of conserving biodiversity for our planet’s health and for future generations, and think of the challenges ahead.

The new publication, “Inspired by nature: Celebrating biodiversity with Haikus”, has been prepared to help celebrate this year’s theme of Biodiversity and Sustainable Tourism.

“By expressing our affinity for nature through the haiku and images of this publication, we hope to contribute to broader efforts to conserve our natural gems and shared heritage,” they continue.

Poetry, like literature, philosophy, music, design and all the creative arts, is often inspired by nature – landscapes, wildlife, and the natural world we live in. Haiku is a traditional form of Japanese poetry that also takes nature as its focus.

Biodiversity provides the essential foundations for our very existence, livelihoods, and prosperity. It provides us with clean water, air, soil, food, medicine, and resources for jobs and growth.

The GEF has supported a number of ecotourism and carbon neutral tourism projects, as well as projects that aim to mitigate the effects that tourism as an economic activity has on land, water and biodiversity.

A new story published today, describes how a GEF community-based ecotourism protects biodiversity in the Yucatan Peninsula. Through the GEF Small Grants Programme, an alliance of sustainable ecotourism cooperatives has been developed in the Sian Ka’an Biosphere Reserve, the largest marine protected area in Mexico.

More biodiversity projects are up for approval at the GEF Council meeting in Washington DC this week, which runs from May 23-25.  They include efforts to reduce the threat from invasive species in the Pacific, and a project in Nicaragua focused on integrating land use, agriculture reform, and protected area management to ensure the long-term sustainability of biodiversity conservation.

Another GEF partner highlighting IBD is the World Bank. Here they look at biodiversity and sustainable tourism, describing the economic benefit from wildlife, and the important role it plays in growing economies, sustainable development, and poverty alleviation.

Within the GEF’s biodiversity work, the issue of combatting illegal wildlife trade has gained particular importance in recent years. Poaching and illegal wildlife trafficking are reaching unprecedented levels, threatening the long-term survival of populations of numerous keystone species, including the African elephant, rhinos, tigers and pangolins.

In response to this crisis, the GEF and the World Bank launched the Global Wildlife Program (GWP) in 2015. With a US$131 million grant from the GEF and an additional US$513 million from a wide range of partners, the program aims at stopping poaching, trafficking and demand for wildlife and wildlife products illegally traded between Africa and Asia. It is a comprehensive effort to protect threatened species and their habitats, with a suite of investments to address the problems and look for short- and long-term solutions in the source, transit and demand countries.

In April 2017, the World Bank and the GWP organized a conference co-hosted by the Government of Gabon on reducing human wildlife conflict, given the importance of the issue for the future of Gabon’s elephants and rural economy. The Reducing Human Wildlife Conflict and Enhancing Coexistence conference looked at what can be done to avoid the increasing conflict between humans and wildlife.

With sharply increasing population growth rates, and increased competition over land and resources, humans and wildlife are coming into conflict more than ever before. In a blog post and video from the World Bank, GWP experts, conservationists, and beneficiaries of the GWP explain ways to prevent human-wildlife conflict, such as landscape planning and generating a wildlife-based economy; and ways in which its impacts can be mitigated.

Around the world, there are many other examples of individuals and organizations using IBD to share opinions and advance ideas.

A joint article by Mohamed Bakarr, GEF Lead Environmental Specialist and Kevin Pixley, Director of the Genetic Resources program at the International Maize and Wheat Improvement Center (CIMMYT), describes why biodiversity is one of our most important allies in ending hunger and securing food for this and future generations.

Biodiversity Mainstreaming In Practice: A Review of GEF Experience