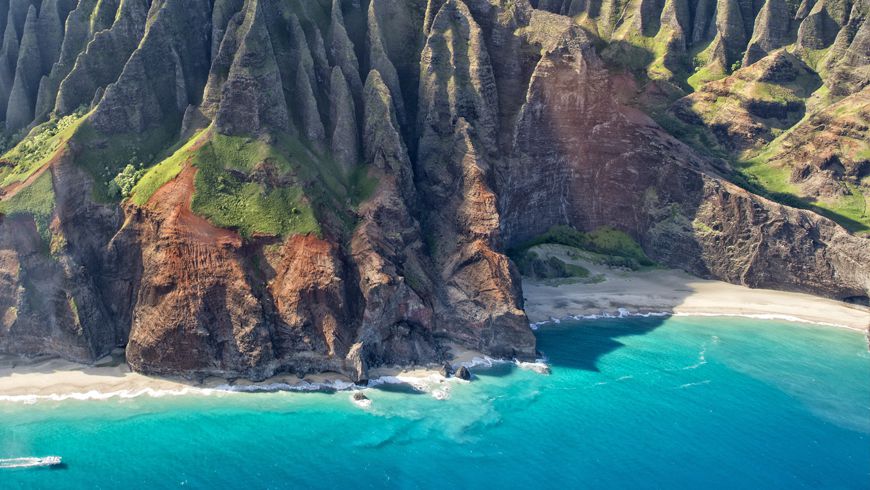 Hawaii, the host of the IUCN World Conservation Congress 2016, is also the home to a newly announced marine reserve, the world’s largest.

Promoting ways to support and enhance our planet’s natural assets

The IUCN World Conservation Congress is taking place in Hawaii from 1 to 10 September, 2016.  With the theme, “Planet at the Crossroads”, the event is sending the message that nature conservation and human progress are not mutually exclusive.

According to IUCN, we live in a time of tremendous change, the nature and extent of which is the subject of intense debate around the world.  At the heart of this debate is the clash of immediate human needs with their long-term impacts on the planet’s capacity to support life.

With a timeframe of 15 years, the world has committed to deliver the Sustainable Development Goals – an ambitious agenda for improving human living conditions for all. There is a real sense of urgency in this call to action, as many believe there is a closing window of opportunity to effect meaningful change in humanity’s trajectory. Our future will be decided by the choices we make now.

“No IUCN Congress before has come at a more pivotal time for humanity’s relationship with the environment,” said Inger Andersen, IUCN Director General.

Recognizing this, the Global Environment Facility (GEF) is actively participating in the Congress on issues ranging from conservation finance and nature based solutions to biodiversity protection, investments in marine planning and exploring new ways to safeguard the global commons.

“The tragedy of our global commons, our natural assets, is playing out before our eyes. We can address it if we work together and the IUCN Congress is a great place to engage in this critical priority for people and the planet,” said Naoko Ishii, GEF CEO and Chairperson.  “The SDGs and the Paris Climate Agreement hold the promise of a fresh start for our planet.  But, time is not on our side.”

The global commons and transformation is central to the conservation agenda that is being discussed at the Congress.

Writing for the GEF supported Guardian 2030 campaign, Inger Andersen wrote, “Despite such tremendous forces of transformation as climate change and dramatic socioeconomic inequality, there are credible and accessible political, economic, cultural and technological choices that can promote general welfare in ways that support and even enhance our planet’s natural assets.”

The IUCN World Conservation Congress, held every four years, brings together government officials, business leaders, representatives from indigenous groups and leading civil society organisations, along with scientists, academics, influencers and educators from all over the world.

See more about the GEF events during at the World Conservation Congress.

From Ridge to Reef; Water, Environment and Community Security