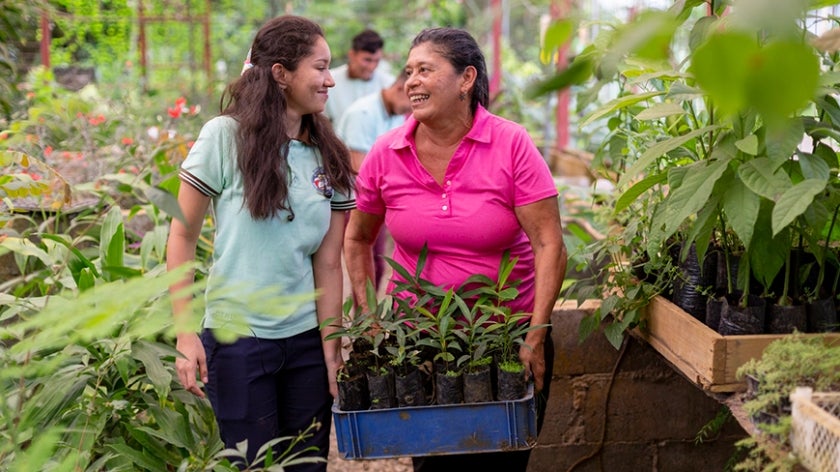 Mayra Monge has dedicated much of her life to researching and planting native trees in the verdant biodiverse powerhouse of Costa Rica. Through her work, she has cultivated a love and awareness of nature for hundreds of students to take a stand against the challenges of the climate crisis and loss of biodiversity in her native land.

With rubber boots on her feet, a firm step, serene look and warm smile, Mayra Monge travels through the Colegio Técnico Profesional (CTP; Professional Technical School) of Upala, Costa Rica as if she were walking through the yard of her very own house.

She is the lead instructor on agro-ecological studies at the school, where hundreds of students passing back generations have learned about nurseries, soil management, native tree species, animal husbandry, and much more. Perhaps most importantly: following Mayra’s lead, they have learned to love, protect, and respect nature.

The agronomist’s extended family is immense to say the least.

“All those trees right there are Mrs. Mayra’s children. She planted them in 1992, they are already 28 years old,” says her husband Anibal, referring to a wooded area of the school grounds where they both began reforestation efforts about 30 years ago when they started working there.

What used to be pastures and areas where native camibar and canfin trees were removed for fuelwood are now protected areas that have become biological corridors.

Mrs. Mayra is in charge of the CTP nursery, an educational center that has become famous for the production, sale, donation, and reforestation of native Costa Rican species.

"We have become a provider of native species that did not exist before, opting to bring them back as an alternative to reforest protected areas," she says while supervising a group of students on the nuances of planting and nursery care.

Here, teenage boys and girls wield pickaxes, shovels, hoes, soil, and fertilizer with extreme grace and ease, as other students might work with pencil, paper, or a keyboard. They have learned from an expert that doesn’t just sow life lessons, but also the seeds of resilience.

Her work has not been easy. When she started her documentation on native species, the level of knowledge and research was minimal. Things that seemed as simple as finding the best spots to plant seeds so they wouldn’t be damaged took days, months, and even years to research.

According to Mayra it has taken "informal research, trial, and error” to restore and catalogue these native species.

“Mayra is like a squirrel, every seed she sees she picks it up, she is a collector,” says Anibal. 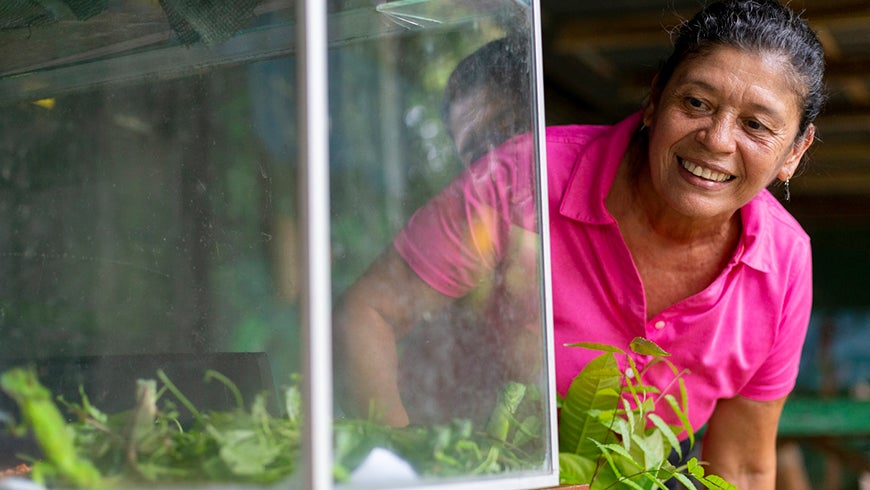 When reforesting becomes a passion

The nursery trees planted by Mayra, staff and students of the CTP are acquired by schools, colleges, community projects, national parks, government institutions, private companies, communal aqueducts, and individuals who wants native species for their properties.

"Our goal has been to rescue the native species as an alternative to reforest, improve the landscape of Upala, generate income, and protect the water resource against climate change," she explains.

It is through this reforestry work where Mayra has become a key player in the “Strengthening Capacities of Rural Aqueduct Associations' (ASADAS) to Address Climate Change Risks in Water Stressed Communities of Northern Costa Rica” project, which is led by the Costa Rican Institute of Aqueducts and Sewers (AyA) and the United Nations Development Programme (UNDP), with the financial support of the Global Environment Facility (GEF).

By 2080 annual rainfall is forecast to drop by as much as 65 percent in the Northern Pacific Region of Costa Rica. These extreme conditions will exacerbate climate and water stress in some areas. The ASADAS project aims to improve water supply and promote sustainable water practices for end users and productive sectors by advancing community- and ecosystem-based measures in rural aqueduct associations.

“We came to Mayra seeking to implement ecosystem-based adaptation measures that allow rural aqueduct associations to be more robust in the face of climate change. We gain little by having gray tanks and infrastructure if, in the medium term, we will not have enough water to fill them,” says Jairo Serna Bonilla, a specialist in ecosystem services and sustainable production at UNDP. 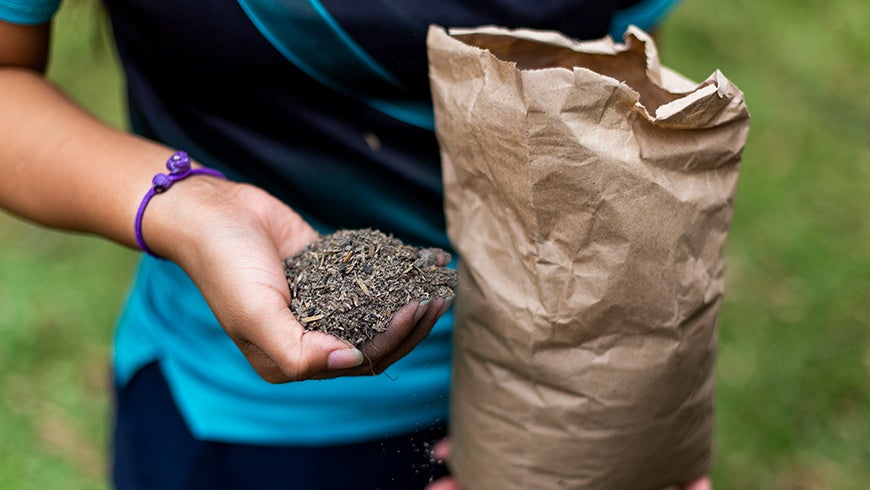 Mayra and her team share their trees with the aqueduct associations along with their knowledge about which ones are most appropriate for that particular area, which largely depend on the terrain and observations and projections on climate change.

“Not only do they sell you a tree, they sell you years of knowledge and care along with additional contributions: Each tree we plant carries a stake, fertilizer, maintenance and support for two years. The deal is that they not only take care of these living beings, but also provide young people with expertise in agroecology for their maintenance,” says Serna, who considers himself a great admirer of Mayra's work.

Cedar and other native species such as camibar and espavel, are just a few of the almost 30 species of native trees that grow in all directions with the careful and loving work of the students and the expert guidance of instructors like Mayra.

“These efforts have been a tremendous support for the project and the expectation is that it will continue to be so for the rural aqueducts in the area. Because knowing what to sow, and where and how to care for these plants, is key to green and climate-resilient infrastructure, without which there will be no water to fill the pipes,” says Serna. 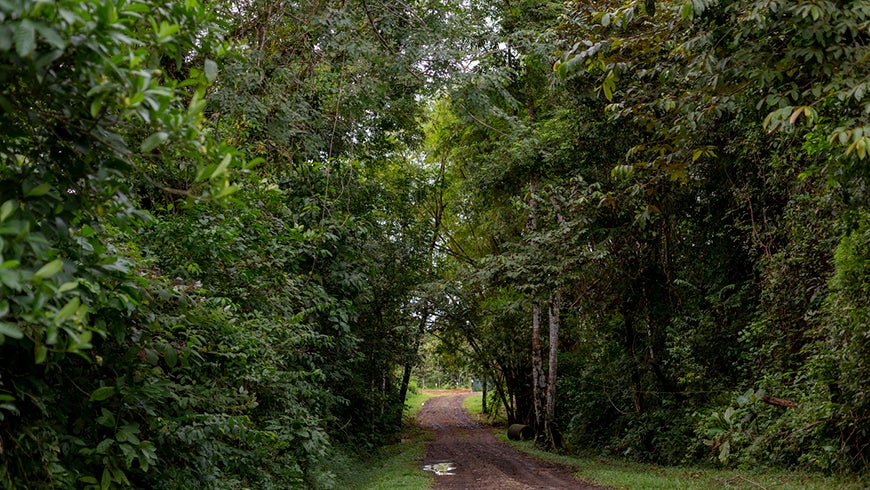 Road through trees in Costa Rica

The value of nature-based solutions for the climate crisis

When Mayra and Anibal graduated from agronomy school people did not talk about climate change, however, both were clear that deforestation, carbon emissions, and the indiscriminate use of natural resources would have serious consequences.

Forty years have passed since then, and although many people still do not use the term, they are aware of the extreme changes in the climate – both during the dry and rainy seasons – that are impacting Costa Rica’s ecosystems, economy, and way of life.

“All the rivers have lower flow levels. Before there was a lot of water throughout the year, now we have too much after heavy rains. Rice and bean producers have many losses because the seasons are changing,” says Mayra.

In November 2016, Hurricane Otto directly impacted 11,000 people, much of whom live in Upala, illustrating the dangerous impacts environmental degradation and climate change can have on local populations.

“Many years before Otto, the trees on the mountains were cut down by more than 50%,” says Anibal. “When the hurricane arrived, the natural “sponge” of these forests that used to absorb the waters was gone and the devastation was worse.”

"The whole mountain was devastated, the river breached its banks and overflowed into places where we had never seen floods before," says Mayra.

"People have awareness but do not act,” says Mayra.

As a good educator, she has made great efforts to inform local producers, who are slowly learning that their actions have consequences. With this new information, producers are no longer extending their crops to the edge of the riverbeds, or they are asking for help to reforest portions of their land.

A new generation of Costa Ricans have completely new ways of thinking. These seeds have not only been planted in the soil but in the consciousness of boys and girls who have passed through Mayra’s classrooms, extending their way into local communities. 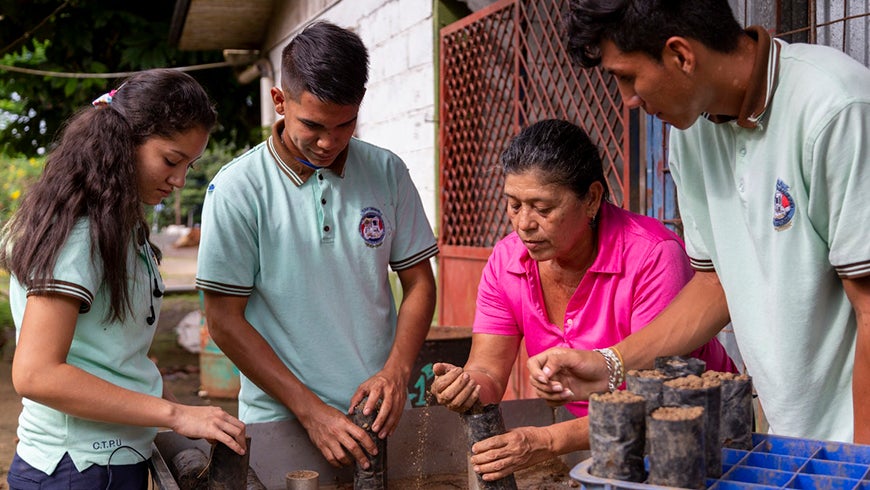 “She is an excellent teacher… she guides us to prepare us for the future,” says Karen, a sixth-level student. Another student Erika, adds, “We have made good impressions in our internships because of the discipline she taught us.”

Both of the young women are about to graduate as middle-level agroecology technicians and have recently completed professional internships to put their knowledge to practice in the field.

UNDP’s Jairo Serna says Mayra is a world-class teacher, and her compassion makes her an inspirational and empowering figure for other girls, teenage girls, and women.

“She has dedicated her work, her energy and her love for trees to teaching girls, boys, and young people,” says Serna.

"I always tell the kids: people have to be taught to be people because that is not taught by the internet," says Mayra. “The last 30 years as a teacher at the CTP in Upala have been very rewarding.”

Undoubtedly, the work of Mayra and her students will be key in the disaster risk reduction plans at local and national levels in Costa Rica, and support the country in defining its path for zero-carbon, climate-resilient development, and the achievement of the Sustainable Development Goals.

This piece was originally posted by UNDP Climate on Exposure. 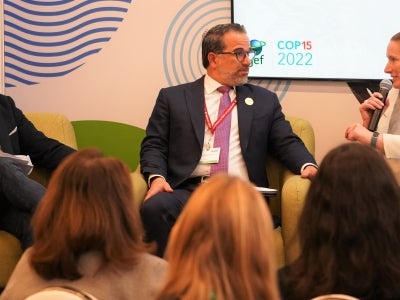 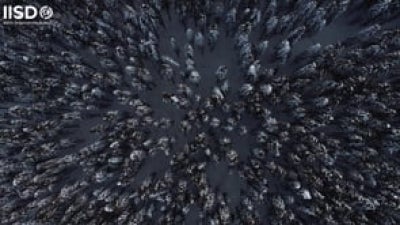