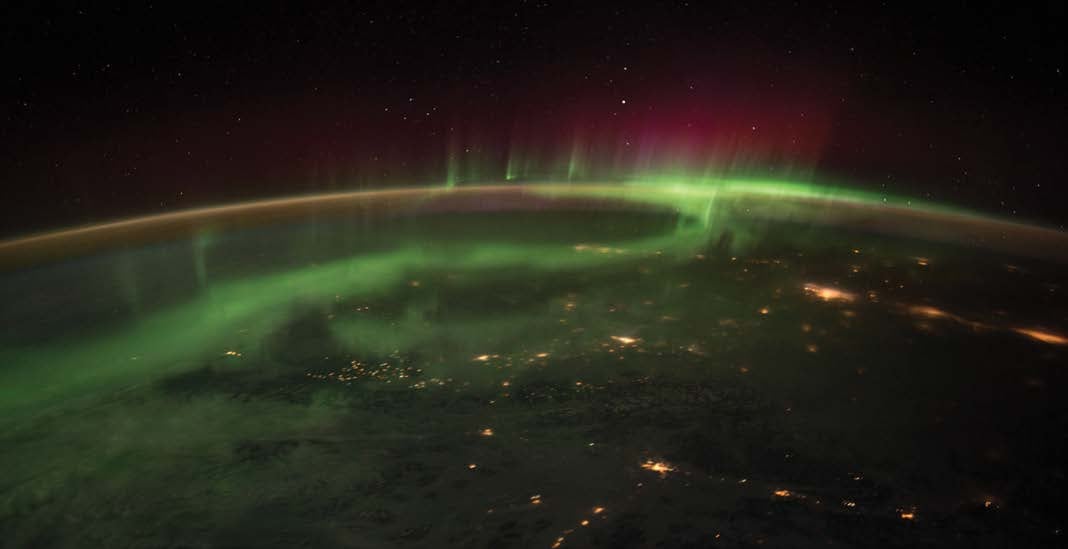 Here’s a prediction: planetary intelligence could emerge on Earth by 2050. “Hold on,” you might say, “that has emerged already, right? Homo Sapiens.” No. What we have is a technologically advanced civilization. There is a subtle difference.

Astrobiologist David Grinspoon argues in his book, "Earth in Human Hands", that planetary intelligence emerges when a species develops the knowledge and power to control a planet's biosphere. At the moment we are conducting a reckless experiment on Earth's one. The rate of change of its life support system has been accelerating out of control for over four decades. Industrialized societies have pushed it into a new geological epoch, the Anthropocene. This is an unprecedented moment in the 4.5-billion year history of our planet and certainly not conducive to the long-term survival of a global civilization. Not intelligent, to put it mildly.

For planetary intelligence to emerge on Earth within three decades we need to change our worldview, our goals and our rules. In significant ways, our worldview has not changed much since mitochondrial Eve first stepped out on the high plains of the Rift Valley 200,000 years back. We perceive Earth as an infinite resource with endless horizons. The solution to any pollution has largely been dilution, pushing problems downwind or downstream. The solution to scarcity? Search beyond the horizon. We still see ourselves as a small world on a large planet. Until 1950, this view was reasonable. Earth was so resilient and abundant it could take anything we threw at it. Not any longer.

In the 1950s we entered what has become known as the Great Acceleration. Economic growth, which has brought billions out of poverty and improved the well-being of many more, has exploded exponentially, colliding with Earth’s natural systems, the atmosphere, oceans, ice sheets, water- ways and life itself – our global commons. Our civilization emerged during an 11,000-year window of remarkable stability – a “Goldilocks” era, known to geologists as the Holocene. Now that we have left it, the Anthopocene provides an altogether less certain world.

Science provides overwhelming evidence that our modern world depends on a stable Holocene-like state. From the ice sheets to the rainforests, all major parts of the Earth system work together, just like the organs in a human body. We depend on the biosphere with all its ecosystems, animals and plants. We depend on a stable climate system, functioning cycles of nitrogen and phosphorus, water and carbon. The high seas, the atmosphere, the big ice sheets of the Arctic and Antarctica, and the stratosphere – traditionally seen as the Earth's global commons – are now under suffocating pressure. Yet we all depend on them for our wellbeing.

Recently my colleagues and I produced a report for the Global Environment Facility that concluded that, in the Anthropocene, we must redefine the global commons. In these new circumstances we can now define them as a resilient and stable planet. That is every child’s birthright, and our common heritage; but it is now at risk. The Anthropocene and the new global commons represent a new worldview – a paradigm shift – as fundamental as Darwin’s theory of evolution or Copernicus’s heliocentricity.

The second change we need to make relates to our goals. One goal dominates all discourses in society: economic growth. It is not questioned, yet it comes at a high cost. People are not happier. It is not improving the lives of those living in the wealthiest countries. It is driving unrest and division. And it is driving Earth towards dangerous tipping points.

The Sustainable Development Goals are the first serious attempt to reset the goals of the system. They are universal, applying to all nations, and thus redefine development as truly global in scope. They form, for the first time, a global roadmap for equitable prosperity for all on a healthy planet: World2.0. But they remain embedded in ministries dealing with development aid. This has to change, and quickly. They must become universal goals for all domains in society, including finance to industry. And we have reason for optimism, since business is acting. The Global Goals are already shaping decisions made by major companies like Unilever.

Finally, the rules of the system – the shape of the economic playing field – need to change. We desperately need an effective global system of governance. New rules are beginning to emerge. In 2009, my colleagues and I published the planetary boundaries framework identifying nine that ensure Holocene-like stability. In 2015, we assessed that industrialized societies had pushed Earth beyond four of the boundaries – relating to climate, biodiversity, land use and fertilizer use. That year, 193 nations committed to the Paris Agreement to keep global temperatures within 2°C of pre-industrial levels, as recommended by the scientific community. Perhaps these developments will contribute to the proto-rules of a new economic system.

These rules urgently need to be translated into meaningful science-based targets for governments, cities, consumers and producers. We need a consortium of scientists,

funders, businesses and policymakers to develop them, so as to shape this new playing field.

Thus, worldviews, goals and rules are shifting. But progress often appears lethargic. Given the scale of transformation required, pessimism is forgivable. But it is ungrounded. In the last three years, the growth of global carbon dioxide emissions appears to have stalled. The ozone hole is recovering faster than expected. And we have reached “Peak Child”. Population is now growing not because of increased births but due to greater longevity.

The narrative is changing. “Sustainability” has moved from being a marginalized moral question of how much we are willing to sacrifice to “save” nature, to the entry point for innovation, modernity, health and success. We will not primarily leave fossil-fuels behind to avoid climate collapse, but because clean energy technologies are more socially and economically attractive.

The challenge is for the pace of transformation to accelerate. Our recent assessment shows that we need to halve global greenhouse gas emissions every decade. We need economic growth that stores carbon not emits it, enhances biodiversity not reduces it, and purifies soils and waters not pollutes them. In short, we need a biosphere-positive economy.

Such a transformation is not only feasible, but desirable. Colleagues recently calculated, for example, that moving to a healthy low-meat or vegetarian diet could prevent deforestation (and so biodiversity loss), reduce emissions significantly and improve the health of 9 billion people.

If we take the biosphere positive pathway, then the signs are good that we’ll find intelligent life on Earth by 2050.