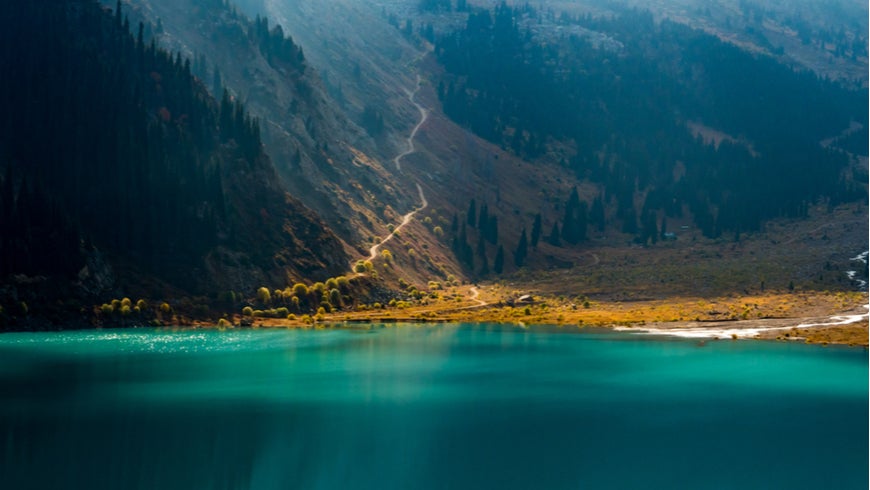 Time is running out to find ways of making progress that both safeguard and reinforce the natural world that sustains us. Our future will be decided by the choices we make now. Photo: Aureliy/Shutterstock

Two competing narratives frame the debate of the future of the global commons, of the earth’s operating system, on which all life depends. One pessimistically claims that it is already too late to avoid catastrophe and that we must therefore now focus on survival and recovery. The other is a stubborn optimism, which argues that humanity has faced and overcome many great challenges in the past and will continue to do so. The first leaves people in despair, the second risks indifference and denial.

There is, however, an emerging viable alternative – one that embraces the reality that we live in a world of complex, interdependent systems and acknowledges that changes to them can either enhance resilience or result in greater instability and uncertainty. It stresses that nature conservation and human progress are not mutually exclusive. Despite such tremendous forces of transformation as climate change and dramatic socioeconomic inequality, there are credible and accessible political, economic, cultural and technological choices that can promote general welfare in ways that support and even enhance our planet’s natural assets.

This alternative future has long been given expression by the international community through such declarations as The World Charter for Nature, Agenda 21, The Earth Charter, and the UN General Assembly resolutions on harmony with nature, which point to the need for profound transformations in our patterns of production and consumption, and recognise that every form of life has value regardless of its worth to human beings.

Now it has climaxed in the world’s commitment to deliver the ambitious sustainable development goals, within a 15 year timeframe. There is a real sense of urgency in this call to action, since we live in a time of tremendous change when the imperative of meeting immediate human needs clashes with its long-term impact on the planet’s capacity to support life. Many believe that current trends are not sustainable and that there is a closing window of opportunity to effect meaningful change in humanity’s trajectory. Time is running out to find ways of making progress that both safeguard and reinforce the natural world that sustains us. Our future will be decided by the choices we make now.

Certainly there are grounds for concern. We are now some 7.3 billion people on Earth and the UN estimates that, under a medium growth scenario, we will be more than 8.5 billion by 2030. Over half the world’s population is already living in urban areas, increasingly disconnected from the complex systems of nature and biodiversity that keep us all alive.

Shifting patterns of global wealth and economic growth over the past 15 years have led to important increases in economic wellbeing, lifting hundreds of millions of people from poverty, and improving other such important indicators as maternal health. But other problems persist or grow steadily worse. The benefits of development are not shared equitably, the gap between rich and poor is widening, and economic growth is occurring at the expense of ecological integrity. Scientists have reported that the “planetary boundaries” to the biophysical processes on which the earth depends are being pushed to the limit: some, such as the climate and the integrity of the biosphere, have already been exceeded.

We can expect more of this to happen over the next 15 years, in ways that simultaneously bring hope yet further strain the planet’s biodiversity and its capacity to support human needs and expectations. Yet a steady increase in global wellbeing can only be achieved through an enhanced understanding of the planet’s complex life support systems and the predominant global trends that act upon them – urbanisation, economic growth, burgeoning consumption, disappearing biodiversity, wealth inequality, climate change, population growth, and so on. Nature will most likely go on, whatever happens, so the relevant questions are: to what extent will healthy, prosperous and secure societies continue to be a part of the story, and how much of the greater community of life will persist?

IUCN has been aligning conservation efforts all over the world around three solid lines of work: valuing and conserving nature’s diversity; advancing effective and equitable governance of its use; and deploying nature-based solutions to climate, food and development challenges. The approach emerging from our collective efforts demonstrates that nature is not an obstacle to human aspirations, but an essential partner, offering valuable contributions towards all our endeavours.

For the alternative path to be credible and viable, we need new partnerships across the planet, between governments, NGOs, conservationists, scientists, consumers, producers, urban planners, entrepreneurs, grassroots and indigenous organisations and financial backers. Each partner holds a vital piece of the puzzle, in knowledge, tools and resources. We need to bring these pieces together, and collectively complete the greatest puzzle ever attempted, to secure nature’s support systems so that humanity and the greater community of life may continue to prosper on earth. This is our collective challenge for the next 15 years.