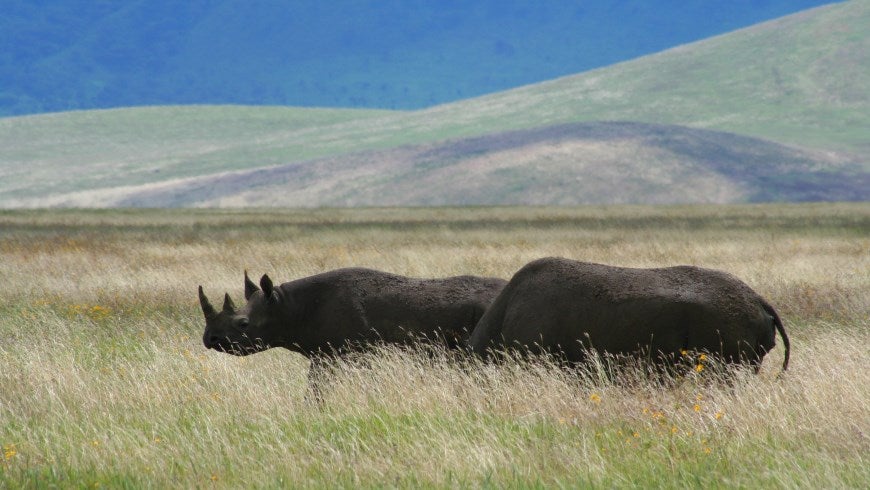 A pair of black rhinos in Ngorongoro crater in Tanzania.