On September 20th, 2010 at the event "Biodiversity, Climate Change and MDG Achievement – Scaling Up Local Solutions” held at the American Museum of Natural History in New York, UNDP announced the winners of the Equator Prize 2010.

The event was organized on the occasion of the 2010 Millennium Development Goals (MDG) Review Summit of the United Nations General Assembly.

Nine out of these 25 projects are also grantees of the GEF Small Grants Programme, a demonstration that supporting communities achieve their environmental goals is having an important impact on biodiversity conservation. 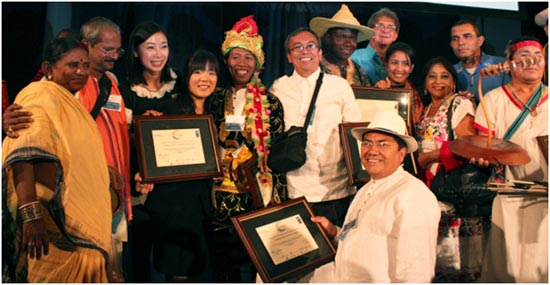 These are the SGP Grantees that won the Equator Prize 2010: