Only green growth can bring prosperity 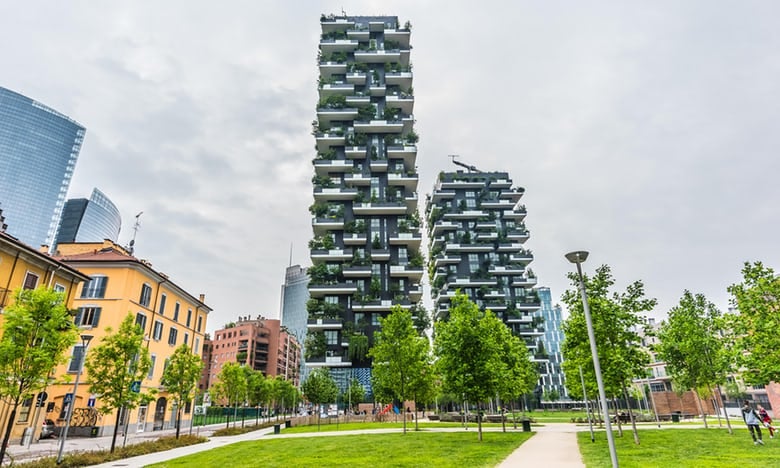 We are making the world a more hostile and difficult place for ourselves and for future generations. Photo: Shutterstock.com

by Nicholas Stern and Naoko Ishii

Our global commons – the land, seas and atmosphere we share, and the ecosystems they host – are under severe threat from human activities.

We are at risk of irreversibly damaging the natural assets of the planet that allow human communities to thrive and prosper.

Our world is being depleted of plant and animal species at an alarming rate, our natural landscapes and productive agricultural land are becoming progressively degraded, and our cities are choking from air pollution and congestion. In addition to this, our atmosphere is filling up with greenhouse gases that are pushing us towards the potentially catastrophic impacts of climate change.

We are making the world a more hostile and difficult place for ourselves and for future generations. But we have the opportunity to save and preserve our global commons by implementing the global agenda created by the international agreements in 2015 on sustainable development, finance and climate change.

This agenda is based on the recognition that living standards can be raised and poverty can be overcome around the world only if economic growth and development is accompanied by action to protect the environment.

The agenda that preserves our global commons is also the only sustainable route to growth and poverty reduction. But action with real pace and scale is urgent: the window of opportunity is narrow.

The decisions we make over the next 15 years will determine what kind of world we will have for the rest of the century. Between now and 2030, we will build cities, energy systems and transport networks on a scale never before seen (pdf), bigger than the amount of infrastructure that already exists in the world.

If we build it badly, our global commons is likely to buckle under the strain, but if we make sure our new infrastructure is modern, smart, clean, efficient and resilient, we can ensure that our children and grandchildren have the opportunity to enjoy healthy and productive lives, and tackle poverty in our generation.

Much of the new infrastructure will be developed in what are currently classified as emerging markets and developing countries. Thus, it is the six billion who live outside today’s rich countries who will in large measure determine the future.

More than half of the world’s people are currently found in towns and cities and, by the middle of the century, it is likely that two-thirds or more of the population will be urban dwellers. The population of cities is likely to rise from about 4 billion today to 6.5 billion or more in the next three or four decades.

If we manage this extraordinary expansion well, we can have cities that are attractive and productive, where we can move and breathe, and where communities flourish.

If we fail, our cities could be profoundly unhealthy, damaging and unproductive places to be, particularly for poor people. And any chance of attaining the Paris Agreement’s target of holding global warming to well below 2C would be gone.

Indeed, it would become very difficult to hold warming to less than 3C, leading to global temperatures that are likely to be highly dangerous and unseen on Earth for millions of years. So we must design policies that tackle congestion, air pollution and climate change together by, for instance, promoting better public transport and autonomous electric vehicles.

Our ability to feed and clothe both growing urban and rural populations depends crucially on protecting and conserving our oceans, forests, grasslands and soils.

The UN’s Food and Agriculture Organisation estimates (pdf) that annual food production will have to increase from 8.4bn tonnes today to 13.5bn tonnes to provide for a projected population of 9.7 billion in 2050.

Yet a third of the agricultural land around the world is already moderately to highly degraded due to soil erosion, salinisation, compaction, acidification and chemical pollution.

It is for this reason that the Global Commission on the Economy and Climate has called for the restoration of at least 500m hectares of degraded land (pdf) by 2030, and an end to the deforestation that has such devastating consequences for biodiversity and efforts to limit the rise of carbon dioxide levels in the atmosphere.

For instance, in September, the Global Environment Facility will launch its new global programme, ‘Taking deforestation out of commodity supply chains’, led by the United Nations Development Programme, to increase the supply of, and demand for, sustainable beef, palm oil and soy in collaboration with national and regional governments in Brazil, Indonesia, Liberia and Paraguay.

The programme will work with existing platforms, such as the Tropical Forest Alliance 2020. The alliance already has 94 partners from the private sector, civil society and governments committed to reducing tropical deforestation related to key global commodities, including paper and pulp, by 2020.

It is developing better business models based on the understanding that sustainable land use and local economic prosperity can go hand in hand and generate significant opportunities for investment.

Meanwhile, the Global Agri-business Alliance is a groundbreaking initiative bringing together growers and traders, fertiliser and agro-chemical manufacturers, seed suppliers, primary processors and agri-tech suppliers to promote sustainable practices and to improve the resilience of farmers across the world.

Its membership already includes the chief executives of 40 companies across the world, all of whom are committed to helping the achievement of the sustainable development goals.

Beyond this, we need to find ways to mobilise global business to help finance action to protect our global commons. These are the kinds of partnerships that can deliver a more attractive form of economic growth and development, and preserve our global commons. They can deliver the sustainable development goals and the Paris Agreement on climate change, thereby bringing down poverty in our generation and creating an environment for sustainable growth and rising living standards for those who follow.