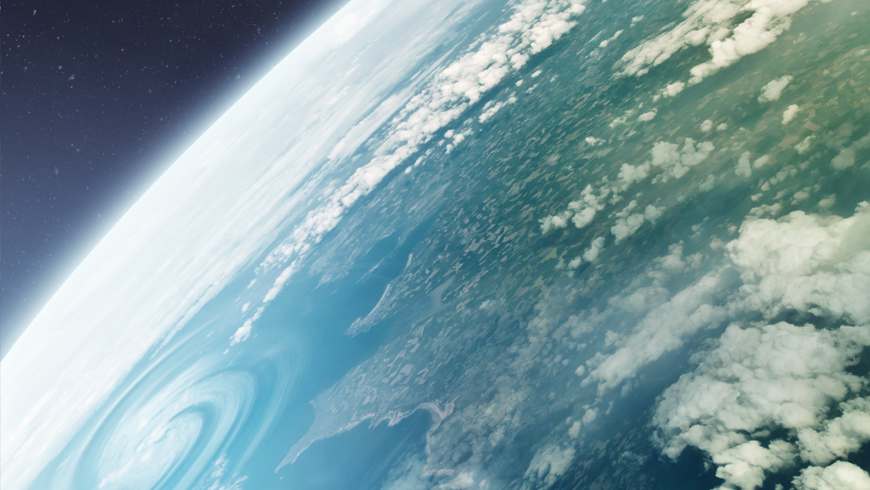 The GEF works to safeguard the health of the global commons by tackling the drivers of environmental degradation.

The GEF works to safeguard the planetary operating systems which make civilisation possible.

All human civilisation owes its existence to a combination of natural circumstances entirely unique over the vast expanse of geological time. For the past 11,700 years the Earth's operating systems have been unprecedentedly, even freakishly, stable and benign, allowing our distant ancestors – fully modern humans who until then had been roaming the land for over a hundred millennia – to settle down and develop first agriculture, then towns and cities and, finally, the modern world. But now evidence is increasing that we are, ourselves, bringing these conditions to an end. Yet this state of the global commons is the only one that we can be certain can support the present, increasing human population of 7.4 million.

So great is the shift that it is literally epoch-making. Scientists have announced that the Holocene - as they call this miraculously favourable period – has now come to an end, elbowed aside by what they have dubbed the Anthropocene, because it is essentially human-made. The new age is bringing about the sixth great dying in the Earth's history, the first ever caused by one species, with extinction rates 10 to over 100 times their natural level. It is already changing the climate, thanks to the highest level of greenhouse gases in the atmosphere in at least 800,000 years.

The chemical composition of the oceans is being transformed more - and more quickly - than at any time in perhaps the last 300 million years, as the carbon dioxide emissions that largely drive global warming also acidify seawater. Even more remarkably, changes to the planet's key nitrogen cycle the greatest and fastest that have taken place in no less than 2.5 billion years.

All these pressures are pushing the global commons that sustain us to – and past – their limits. Studies have determined that several of the “planetary boundaries” that enclose these commons, creating a safe space in which humanity has flourished, have already been breached – including an equable climate and the integrity of the biosphere. And the pressures are due to get even more intense as the world's population rises to nine billion by mid-century, and its consumption increases even faster: by 2030 the global middle class is likely to reach five billion people.

Up to now, this transition – momentous though it is – has been largely ignored, figuring little in public policy or private discourse. Fortunately there are signs that this is beginning to change. The Sustainable Development Goals, adopted by the world's governments in the autumn of 2015, are designed to set development and growth on a new track, ending poverty and increasing prosperity, while safeguarding the global commons. So is the Paris climate agreement, struck the following December, which aims to bring net emissions of greenhouse gases down to zero in the second half of the century. But incremental steps will not suffice. The only hope lies in transformational – and permanent – change.

The Global Environment Facility works to safeguard the health of the global commons and has adopted a long term strategy to shift the focus of its operations to tackling the drivers of environmental degradation, rather than just its effects, to causes rather than consequences.

It has also set out to increase public and political discussion on the state of the global commons – and on what can be done to improve it. On October 12-13 it is holding an International Dialogue on Our Global Commons at the National Academy of Sciences in Washington DC. Convened with the International Union for the Conservation of Nature (IUCN) – in partnership with the International Institute for Applied Systems Analysis, the Stockholm Resilience Centre, the World Resources Institute and the World Economic Forum Environmental Systems Initiative – and preceded by a day concentrating on the state of the science – it will “assess the latest evidence as to the pressures our global commons face” and “discuss how best to disrupt the systems that drive these pressures”.

Meanwhile, it has already started a series of articles in the online Guardian newspaper, where senior figures are exploring the state of the commons and how to address it. Featured in a special zone as part of the paper's Development 2030 Campaign – for which the GEF is one of the sponsors – it has already attracted nearly twice as much traffic as usual for similar enterprises.

Early articles include one by Inger Anderssen, Director-General of the IUCN, arguing that “a steady increase in the planet's well-being can only be achieved through an enhanced understanding of the planet's complex life-support systems, and the predominant global trends that act upon them”. In another, Mark Malloch-Brown – Chair of the Business and Sustainable Development Commission, and former Deputy Secretary-General of the United Nations – explains that the Sustainable Development Goals are the “greatest economic opportunity any generation has had”, while – in a third - Naoko Ishii, CEO and Chairperson of the Global Environment Facility, shows that “safeguarding and enhancing the global commons is the wisest investment we can possibly make” since “operating within the planetary boundaries is not just the only way to ensure healthy economies, but has the potential to provide much greater and better shared growth than sticking to business as usual.”

Prof Thomas Lovejoy, Professor of Environmental Science and Policy at George Mason University warns that “flushed with our apparent success, we are perilously close to losing a significant proportion of the global commons which, in many senses, made the success possible in the first place”. And Dominic Waughray, Head of Public Private Cooperation at the World Economic Forum reminds us that unless they are managed properly “it is likely to be the poorest people who lose out.”

This is just the beginning of what promises to be a vigorous, authoritative – yet constructive debate. As it proceeds, it will draw out what needs to be done to safeguard not just the global commons – but civilisation itself.