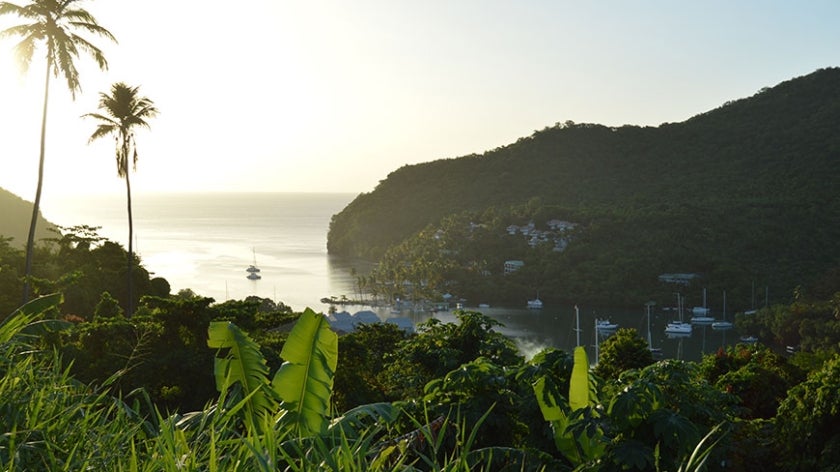 If ever an island justified the label “paradise” that tourist brochures liberally apply to destinations, it is Saint Lucia.

Shaped like a teardrop, this tiny Caribbean nation has everything. Crescent moon beaches of white sand. Jagged volcanic mountains jutting up from the azure waters. Eclectic biodiversity that manifests in a riot of colour, no more so than in the Saint Lucia Amazon, a spectacular parrot found only on the island.

Unfortunately, as is the case in so many places, human activity is endangering this beauty and the benefits it brings to humanity. The threats are many, including extreme weather events exacerbated by climate change, forest habitat loss from land-use change and over-exploitation of marine resources.

We can deal with these challenges, as the return of the Saint Lucia Amazon, or Amazona versicolor, shows. In the 1970s, only around 100 of these birds remained. Thanks to a conservation programme, the species is now on an upward trend. While still classed as “vulnerable” on the International Union for Conservation of Nature’s Red List, the last census of the bird, carried out between 2007 and 2009, found a stable and viable population of 2,258 individuals.

The Government of Saint Lucia, with the support of UN Environment, is determined to repeat this success for all the island’s natural resources while ensuring a better future for its estimated 180,000 residents.

In order to meet its obligations and to design and implement meaningful interventions, the government needs to have a clear picture of where it stands in terms of data and required policies.

“While we pursue on-the-ground initiatives that guarantee our survival, it is equally important to pursue the soft initiatives that will allow us to make sound decisions on the strategic interventions needed,” said Annette Rattigan-Leo, Saint Lucia’s Chief Sustainable Development and Environment Officer.

In August 2018, the island took a big step forward. Working with UN Environment on a Global Environment Facility-funded project, the Saint Lucian government launched its first national environmental information system. Information on the three big treaties is available to ministries, the private sector, academia, multilateral environmental treaty focal points and the public. For each convention, indicators related to broader policy goals and objectives are being integrated to support reporting and translate data into useful and actionable information.

“This is certainly an encouraging endeavour, as it will allow Saint Lucia to work closely with UN Environment,” said Gale Rigobert, Minister for Education, Innovation, Gender Relations and Sustainable Development. “We acknowledge the crucial role environmental information continues to play in helping us meet our national and multilateral environmental agreement obligations.”

As part of the project, 17 major environmental data providers signed an agreement to cooperate on the development and use of the system, ensuring that the bigger picture will be as complete as possible. Meanwhile, the project developed a set of core sustainable development and environmental indicators for the Rio conventions, which all derive directly from the 1992 Earth Summit. According to Teshia Jn Baptiste, who managed the project, the system and associated common data storage facility have “significantly improved collaboration among the public and private sectors”.

Those who work on the ground are hopeful that the new system will help Saint Lucia meet its commitments and so improve the health of its ecosystems.

“If we reach our targets, the livelihoods of fishermen and others depending on marine resources will be protected in the face of climate change impacts,” said Allena Joseph, Fisheries Biologist in Saint Lucia’s Department of Fisheries. “We can do this through better-informed decisions in areas relating to biodiversity conservation and resilience building.”

The government has previously called for an end to illegal logging, which has led to habitat loss and landslides. Karl Augustine, a research officer in the Forestry Department, believes that the new system will help claw back some of the damage.

“We see a positive impact on human and wildlife cohabitation and a transition to forest in areas historically affected by land degradation,” he said.

For species such as the Amazona versicolor and the people of Saint Lucia, this can only be good news.

Learn more about our work on environment under review.

This article is part of a series of stories highlighting UN Environment’s work and published in the 2018 Annual Report.