The Philippines: Protecting the pearl 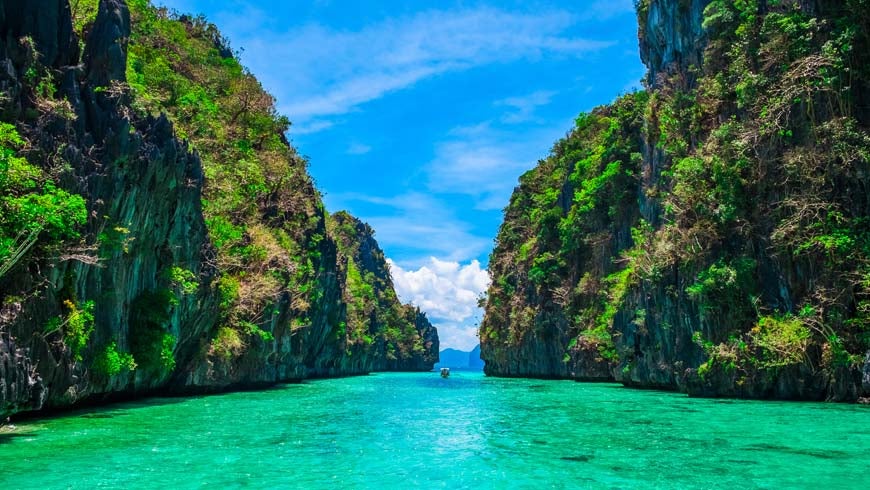 The GEF makes possible the protection of biologically-diverse areas in the country through establishing and strengthening the management of at least 50 protected areas and key biodiversity areas, including the Samar Island Natural Park, the Tubbataha Protected Seascape, the Malampaya Sound Protected Landscape and Seascape, and the Quirino Protected Landscapes.

By Analiza Rebuelta-The, Undersecretary and Chief of Staff, Department of the Environment and Natural Resources, and GEF Operational Focal Point for the Philippines

The Philippines – often dubbed “Pearl of the Orient” – is generously gifted with natural resources and biological diversity, enough for many Filipinos to rely on for their livelihoods. It is also humbled by its lack of financial resources, as well as its vulnerability to natural disasters – but the GEF extended its hand and helped the Philippines with its responsibilities at home. Indeed the GEF has been serving since 1992 as a protective and nurturing shell to the natural resources pearl that is the Philippines.

The GEF financed-projects being implemented across the country have significantly contributed not just to conserving and protecting the environment but to empowering and improving the lives of Filipinos through capacity building activities and providing proper sustainable livelihoods. The GEF makes possible the protection of biologically-diverse areas in the country through establishing and strengthening the management of at least 50 protected areas and key biodiversity areas, including the Samar Island Natural Park, the Tubbataha Protected Seascape, the Malampaya Sound Protected Landscape and Seascape, and the Quirino Protected Landscapes. The GEF has also been instrumental in the documentation and recognition of at least seven Indigenous Community Conserved Areas, covering around 200,000 key biodiversity areas, and has supported the country in improving and strengthening its policies on energy and the environment.

Through the GEF’s assistance, such policies, plans and protocols were reviewed, formulated or drafted as: the Indigenous Peoples’ and Community Conserved Areas Bill; an amendment to the Integrated Protected Areas Fund; mainstreaming biodiversity conservation in local development planning processes; the draft policy framework on Access and Benefit-Sharing from using genetic resources, that would implement the Philippines's commitments to the Nagoya Protocol; protocols for in-situ conservation of crops on farms, on climate information-sharing, and on Geographic Insurance Units development; strategic action plans for coastal and marine resources management; an amendment to the Chemical Control Order for Mercury and Mercury Compounds; and passage of the Renewable Energy Act, among others.

Rural infrastructures have been constructed and improved all over the country. The Mindanao Rural Development Project Phase II alone, included around 1,300 km of farm-to-market roads, 688 linear meter bridges, and 1,800 community water points or sources. Efforts to preserve and protect natural resources - from establishing at least 1,750 marine fish sanctuaries to rehabilitating 1,150 mangrove forests - were also successfully carried out in the same project. Another GEF supported project reported the abatement of emissions equivalent to 122,760 tons of carbon dioxide from energy savings and recovered refrigerants.

GEF-funded projects in the Philippines also serve as effective mediums in imparting valuable knowledge and experience through awareness-raising activities, hands-on training, and interactive seminars and workshops. These capacity building activities not only help the projects to progress but enable a diverse range of people to become more empowered in developing and implementing at least 70 micro biodiversity-friendly enterprises. These efforts have also heightened popular appreciation of the projects' importance and benefits.

The GEF in the Philippines continues to engage multi-stakeholders from national and local governments, private sector and civil society organizations (CSOs), including academia, in achieving local and global environmental benefits. CSOs, in particular, have participated in all stages of GEF projects - planning, execution, decision-making monitoring and evaluation-, and are also beneficiaries of GEF interventions: more than 40 CSOs/NGOs/People’s Organizations have been supported.

The Philippines, as a beneficiary, will continue to experience and harvest the ripple effects of the GEF’s efforts to establish the Sustainable Development Goals, such as through poverty reduction and an improved environment. It also hopes that the GEF's resilience in the face of future challenges will be as great as that of the Filipinos when they confront storms.