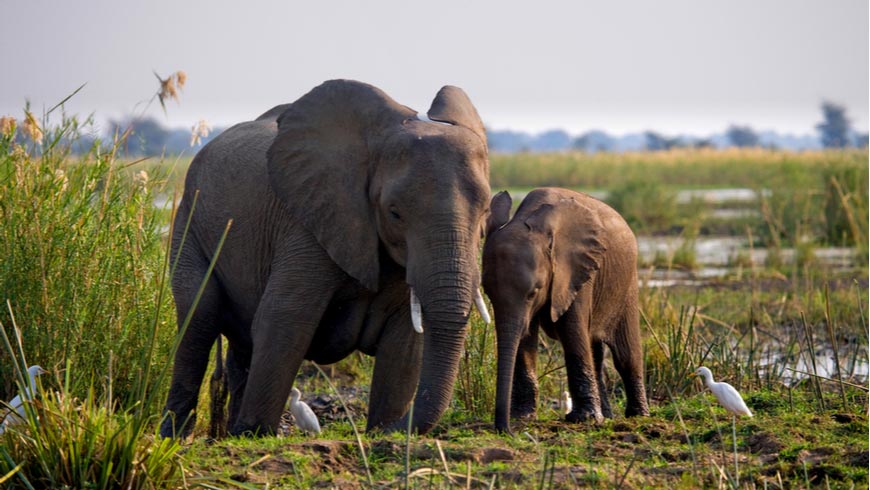 For more than two decades, Steward Siapalala was known for poaching wild animals in the Kafue National Park, one of Zambia’s embattled reserves and the fifth largest National Park in the world.

"I had a killer instinct... I could shoot down a buffalo with just one bullet,” he says, pointing at a mock target with an imaginary rifle.

Farming had been Siapalala’s main livelihood, but poor yields due to unsustainable agricultural practices and climate change pushed him into poaching.

For rural communities residing near National Parks and Game Management Areas in Zambia, poaching has long been a part of their livelihood so has been charcoal burning, a practice that depletes forests.

Like many other ex-poachers in his village in Itezhitezhi District in Central Zambia, the 50 years-old wasn’t growing enough food to sustain his wife and 9 children and was not only poaching to supplement their diets, but also to trading bush-meat for other food stuff or cash.

But today, all of that is changing for Siapalala and hundreds of ex-poachers thanks to a United Nations Development Programme (UNDP)-supported project funded by the Global Environment Facility (GEF) which began teaching local rural communities sustainable agricultural practices also called climate-smart agriculture techniques or Conservation Farming locally known in the Ila language as “Bulimi bukalilila butanyonyauni zhilengwa leza” - the farming system which does not destroy nature.

The project’s support for innovations in farming techniques has resulted in hundreds of poachers putting down their weapons and are supporting efforts to protect endangered species. The scheme is part of efforts addressing rural poverty and creating economic opportunities for sustainable livelihoods in a bid to tackle wildlife poaching and trafficking at higher level.

“To meet the challenges posed by poaching and wildlife trafficking, individuals and communities faced with the option of engaging in these acts must not only be given viable alternatives, but be encouraged to get involved in the fight against wildlife crime,” says Mandisa Mashologu, the UNDP Country Director in Zambia.

After being trained in conservation farming, Steward Siapalala and his family decided to try it on their land. They divided their maize farming area into two equal plots, and used the conservation farming techniques on one plot and conventional farming practices on the other. Despite their initial scepticism, the results erased all doubts: The conservation plot produced twice as much maize yield.

Siapalala says practising conservation farming on part of his land has increased his yields and income. “I have realized that I was harming my environment by hunting animals and destroying their habitat. I have now found conservation farming as a better way of life than poaching,” he admits. Asked whether he’s ever tempted to go back, Siapalala was adamant: “I don’t have the desire or the zeal of being a poacher again,” he said.

Charles Kayembo, 58, is another reformed poacher in Nkeyema District in the Western Province who is practising conservation farming. He said income from his farm now has surpassed his income from poaching - a practice which made him live with constant fear of being arrested at any time.

“Everyone in my village now has the same feeling of wanting to protect the animals because they too have the right to life,” he said via an interpreter. “I’m making far more money now than I did as a poacher,” says a beaming Kayembo.

Besides increasing food security for Kayembo and his family of 10, conservation farming has also helped them raise their standard of living. With the money from selling the surplus maize, soya beans and groundnuts he produces, Kayembo has bought goats, built a new hut which his wife uses as a kitchen, and is able to pay for his children’s education.

“Many small-scale farmers in this area are now getting hooked to this new farming technique that has shown very positive results for the past two farming seasons,” said Evans Simengolwa, Field Officer for Conservation Farming Unit Zambia, a local Non-Governmental Organisation (NGO) working in tandem with the project to provide farmers with training and extension support in Nkeyema District.

Farmers who adopted the new farming techniques in recent years have been able to boost their harvests, which has attracted more farmers and created more jobs in providing services to them, Simengolwa said. The new farming techniques have also been promoted on a community radio station programme that teaches listeners about climate-smart agricultural practices and encourages farmers to reduce their impact on nature by using enviro/wildlife-friendly farming methods.

Back in Itezhitezhi and Nkeyema Districts, Siapalala and Kayembo are actively involved with awareness raising activities of their Village Action Groups(VAGs), the community-based structures helping and working to conserve natural resources thus protect wildlife and conserve forests.

As two of the 500 former poachers working with the project, Siapalala and Kayembo are part of an exciting new trend in Zambian conservation – working with rural communities to collectively manage natural assets as a shared resource and responsibility. These reformed poachers are tasked with identifying poachers in their districts, convincing them to abandon poaching in favour of conservation farming and other environmentally-friendly activities, ranging from honey production (bee keeping) to the regeneration of community forests and fish farming.

The impact of the project, especially the former poachers’ successes in conservation farming have encouraged a growing number of their neighbours to follow suit, resulting in improved community food security and ultimately a reduction in poaching.

“Poaching is showing a sign of decline on this side of the park owing to a sense of individual and collective community action towards wildlife and environmental stewardship,” said Elliot Kasempa, Area Wildlife Warden at the Ngoma Area Management Unit covering the Kafue National Park in Itezhitezhi District. 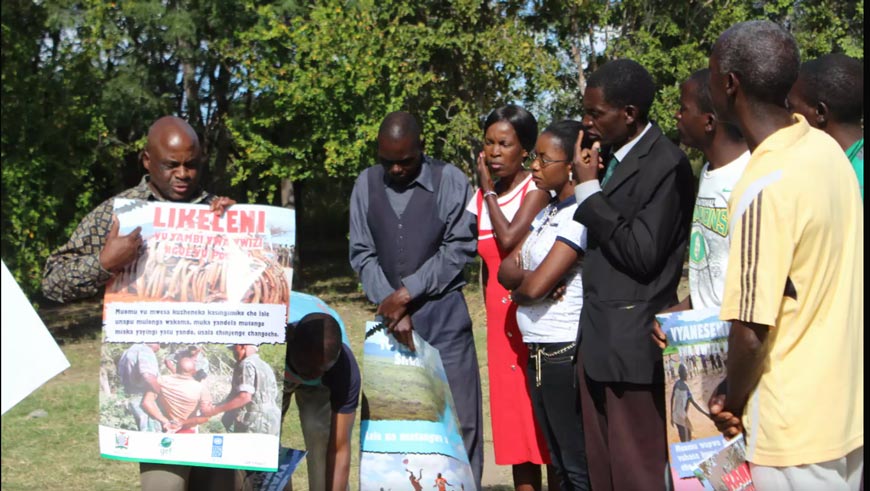 To shift to an anti-poaching approach that emphasizes food security, the project sought buy-in from traditional leaders who govern in their chiefdoms. This approach is helping the project to gain the trust of poachers and villagers alike.

“Their traditional attitudes toward the National Park are shifting, as communities are becoming increasingly aware of new benefits from protecting wildlife and their habitats,” said Chieftainess Kabulwebulwe who called for strong community action against illegal hunting and announced a total ban on charcoal production in her chiefdom.

Since 2015, the GEF 5 project, with funding from the Global Environment Facility, has been teaching 20,000 households in 100 villages climate-smart agriculture or conservation farming methods, along with finding ways to end poaching and deforestation while boosting farmers' incomes at the same time. And conservation farming is one of the mechanisms communities across the project areas in three of Zambia’s 10 Provinces – Norther-western, Western and Central - have embraced, seeking to improve the sustainable management of natural resources such as land, water, forests and wildlife.

The Government’s initiative as seen through the implementation of this project also promotes sustainable land management in which rural communities prepare and implement landuse plans that guide the management of both land and natural resources. Such communities prepare for themselves by-laws that are enforced by themselves to regulate use of the resources under their charge. This way, local communities are assured to derive optimum benefits from natural resources for many millennia to come at minimum cost to the environment.

With their newly acquired skills and techniques, these ex-poachers will no longer need to take serious risks of poaching to provide for their families.