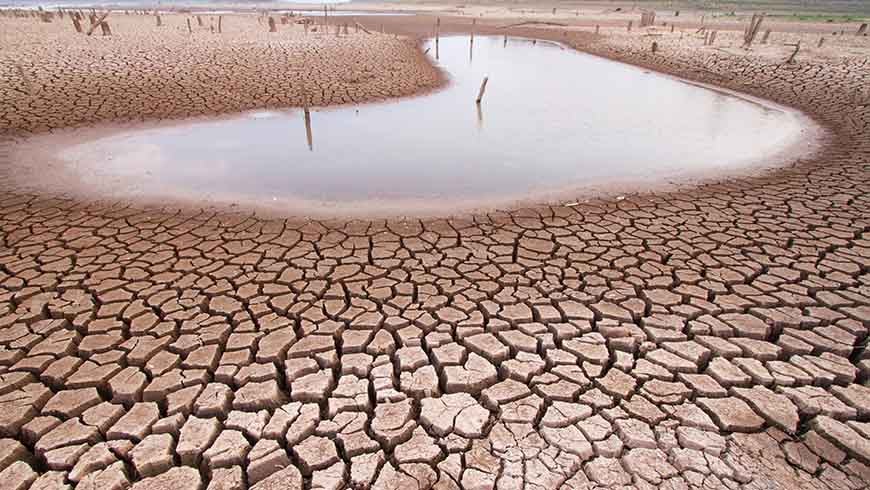 Countries have strong backing for rapid climate action, given that public awareness and demand for solutions have increased due to clear evidence that our climate is changing. Photo: Shutterstock.

UN Climate Change News, Katowice, 2 December 2018 – Following a year of devastating climate disasters around the globe, from California to Kerala, and Tonga to Japan, the annual UN Climate Change Conference (COP24) opens today with the goal of finalising the implementation guidelines for the Paris Climate Change Agreement. The guidelines will provide clarity on how to implement the landmark agreement fairly and transparently for all.

Specifically, they will strengthen international cooperation by ensuring that national contributions to the global effort are transparent, responsibility is shared fairly and progress on reducing emissions and building resilience can be accurately measured.

Patricia Espinosa, the UN’s Climate Chief, said: “This year is likely to be one of the four hottest years on record. Greenhouses gas concentrations in the atmosphere are at record levels and emissions continue to rise. Climate change impacts have never been worse. This reality is telling us that we need to do much more – COP24 needs to make that happen”.

A finalized set of implementation guidelines will unleash practical climate actions with respect to all the targets and goals of the Paris Agreement, including adapting to climate change impacts, reducing greenhouse gas emissions and providing financial and other support to developing countries.

Six months after the 2015 Paris Summit, the negotiations on the implementation guidelines were launched and COP24 was set as the deadline. While governments are committed to finalizing the guidelines in order to unleash the full potential of the agreement, a great deal of work still remains to be completed in Katowice.

“The 2015 Paris Agreement entered into force faster than any other agreement of its kind. I now call on all countries to come together, to build upon this success and to make the agreement fully functional”, said in-coming COP President, Mr. Michal Kurtyka.

“We are ready to work with all nations to ensure that we leave Katowice with a full set of implementation guidelines and with the knowledge that we have served the world and its people”, he added.

Ms. Espinosa noted that countries have strong backing for rapid climate action, given that public awareness and demand for solutions have increased due to clear evidence that our climate is changing.

“We simply cannot tell millions of people around the globe who are already suffering from the effects of climate change that we did not deliver”, she said.

The conference is being held hot on the heels of the Global Warming of 1.5C report by the Intergovernmental Panel on Climate Change, as well as a cascade of UN and other reports on increasing greenhouse gas concentrations and emissions and on health and other serious impacts.

“All of these findings confirm the need to maintain the strongest commitment to the Paris Agreement’s aims of limiting global warming to well below 2ºC and pursuing efforts towards 1.5ºC”, Ms. Espinosa stressed.

“All our focus should be on reaching this aim and on building up ambition towards it”, she added.

COP24 will also conclude the year-long, Fiji-led Talanoa Dialogue, the first-ever international conversation of its kind to assess progress towards the goals of the Paris Agreement, including the goal of limiting global temperature increases.

One of the dialogue’s aims is to find practical and local solutions for how countries can increase their ambition in the next round of Nationally Determined Contributions (NDCs), which describe their individual efforts to reduce national emissions.

During the high-level event that will conclude the Talanoa Dialogue, Ministers will consider the IPCC’s 1.5ºC report and its relevance in the context of future actions.

“It is my hope that this will give Ministers the opportunity to provide a political signal for enhanced ambition”, Ms. Espinosa said.

Following a procedural opening on Sunday, 2 December, to enable work to begin quickly, Monday will be the grand opening ceremony graced by the presence of some 40 Heads of State and Heads of Government.

In a world-first, and supported by the in-coming Polish COP presidency, the UN has launched the “People’s Seat” initiative. During Monday’s opening ceremony, the initiative will open a new window for people to express their views through social media and digital technology.

It will also aim to engage people from all walks of life around the globe in the growing momentum to take climate action in their personal lives.

At the COP, Ministers will have the opportunity to engage in several high-level events, which all highlight the key elements of current climate change efforts.

These high-level events will address some critical aspects of climate action before the year 2020, including:

Together, all events provide Ministers with a space to have frank and open discussions on progress made to date.

Capacity-building for climate action, a critically important element for developing countries now and in the future, will receive a significant boost at COP24.

At a specially created capacity-building hub, some 35 events will cover topics such as implementing NDCs, integrating gender into climate action and utilizing the knowledge of indigenous peoples.

The growing momentum for climate action by non-Party stakeholders such as cities, regions, businesses and investors will be showcased throughout the COP.

This momentum already represents USD 36 trillion in economic activity and is growing steadily.

Showcasing these events at the COP is leading to a new form of inclusive multilateralism that is vital to achieving the goals of the Paris Agreement.

Well over 100 events will highlight action in transport, water, land-use, energy, the fashion industry, to name a few, representing the spectrum of climate action. They will include CEOs, Mayors, Governors and other leaders from civil society at large.