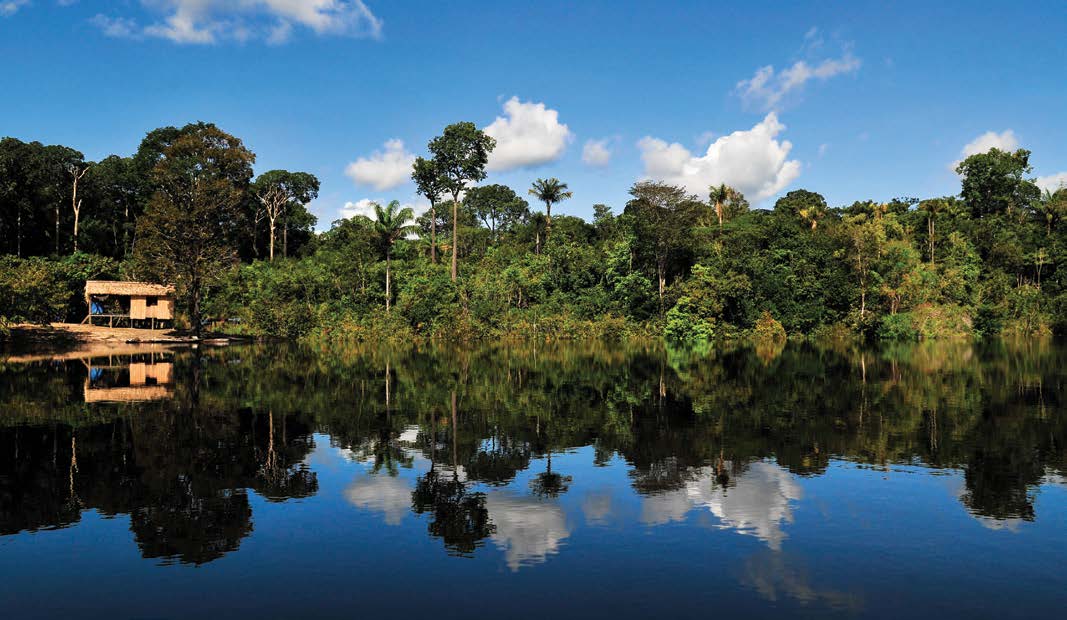 Sixty million hectares of protected areas have been created in the Amazon, helping to halt the rate of deforestation. A protected areas programme of such proportions was unheard of – even inconceivable – until the GEF pledged financial support. Photo: © CC BY NC Neil Palmer/CIAT

Maps of the Brazilian Amazon in 2000 and 2010 show unmistakable signs of dramatic change. Indigenous lands and several categories of protected areas now occupy millions of hectares, forming a consolidated landscape of conservation. But it might not have been so.

A previously predominantly conserved Amazonian forest was vastly altered during the 1980s, devastated by the occupation and development of the territory by Brazil's military government. It saw the Amazon as a “green desert” ready to be exploited. Biodiversity and native peoples were not seen as part of the forest. The intensity of the devastation rose even further in the 1990s – when the country was again a democracy – and would only change significantly at the turn of the century.

The programme – the world's largest tropical forest conservation initiative – made a substantial contribution to the Brazilian Amazon reaching the Convention on Biological Diversity's target of protecting 10 per cent of each of the planet’s ecological regions. Although it is not the only project to help mitigate deforestation in the region, its results are extremely relevant compared to those of other policies that can be easily altered. These results benefit not just Brazil, but the entire Amazon Basin - and have a positive impact on conserving biodiversity and combating climate change worldwide.

A programme of such proportions was unheard of – even inconceivable – until the Global Environment Facility pledged financial support in 1998. The Facility has been a key contributor to conservation in Brazil, helping to develop and implement environmental policies. It is the driving force behind the Programme, and was the first donor to believe in, and commit itself to it.

The importance of its contribution cannot be stressed enough: independent evaluations have proved that the first 15 years of financial support to the programme translated into measurable improvements in protected area management. Combined with other policies, it has halted the rate of deforestation for over a decade.

The programme's main objective is conserving biodiversity: its 114 protected areas house almost 150 endangered species. But its indirect effect of reducing carbon dioxide emissions is extremely relevant, especially since studies suggest that emissions from deforestation are eight times higher than those from automobiles in Brazil. Thus protecting the forest is the country's most important mechanism for tackling climate change.

Contributions from the Facility and other donors have secured resources for the Programme until 2039, giving it a total life of 37 years. Yet after just 15 years of existence, it has already received global recognition, and is considered transformational by the Facility's Independent Evaluation Office. And it is being replicated in Peru and Colombia, with the Facility's continued support.

It has also inspired the Global Environment Facility-funded Marine Protected Areas Programme, which aims to increase the proportion of Brazilian marine ecosystems under protection from 1.5 per cent to five per cent. I expect this initiative to surpass its present goals, as the original programme did, and hope it will get similar long-term-guaranteed financial support from donors beyond its initial five years.

Such support is essential, especially with the present increased tendency to cut funds for conservation and for climate change mitigation. The strides made by the programme demonstrate the possibilities that open up when government, the scientific community, civil society and the private sector align their interests. But menacing political shifts put such progress in danger.

We cannot ignore the extreme threat the resulting policies pose to future solutions to world issues. So it is imperative that visionary leaders who support a sustainable future join forces and objectives. International donors should now come together to support the Facility just as they have done for the programme over the last 15 years. Governments must receive the message from them that setbacks are unacceptable – that it is not possible to look ahead while stepping backwards.

Maintaining multilateral agreements is key to safeguarding conservation and the sustainable use of resources. This is the time for countries to pledge their contribution and commitment, showing continued support to biodiversity conservation – and to our future.