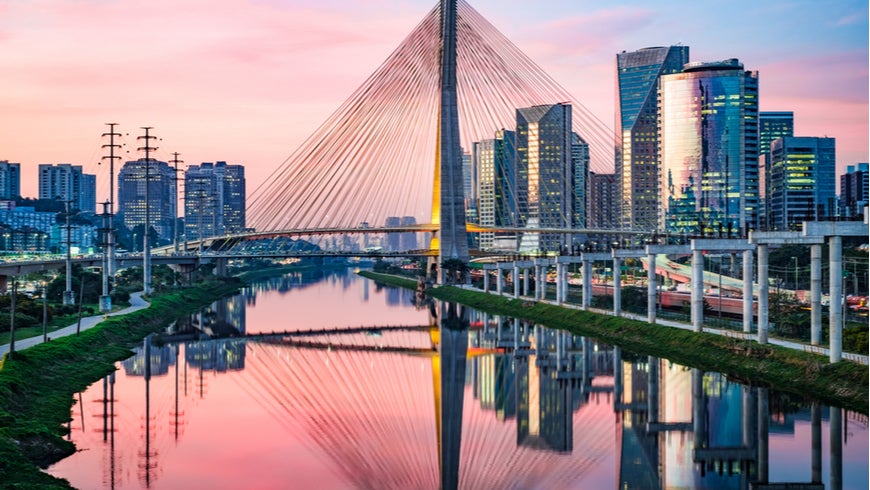 More than 20 cities around the world – including Abidjan, Dakar, Helsinki, Paris, La Paz, Melaka and São Paulo – have endorsed the Sao Paulo Statement on Urban Sustainability, pledging support for city development that incorporates environmental considerations such as low emission targets, local biodiversity action plans, and nature-based solutions focused on expanding green urban infrastructure and increasing urban resilience. The statement was announced at the Catalyzing Sustainable Urban Futures conference, organized by the Global Platform for Sustainable Cities (GPSC) with the support of the Global Environment Facility, Sao Paulo City Hall, and Brazil’s Sustainable Cities Program. Following is the full text of the statement.

São Paulo Statement on Urban Sustainability: A Call to Integrate Our Responses to Climate Change, Biodiversity Loss, and Social Inequality

Cities generate 80% of global GDP, and urbanization is a key driver of economic transformation. As centers of knowledge production and culture, cities play a decisive role in driving national prosperity. However, cities also concentrate resource use, consuming two-thirds of global energy and accounting for more than 70% of greenhouse gas emissions, despite being home to 55% of the world’s population. While compact and connected cities use fewer resources, unplanned growth and urban sprawl can intensify emissions. Inefficient land use is also one of the main drivers for biodiversity loss with around one million animal and plant species threatened with extinction.

At the same time, cities are vulnerable to climate change. Global temperature rise will roll back decades of development gains, pushing 100 million people into poverty by 2030. By 2050, as many as 143 million people could become climate migrants. The impact of this will fall disproportionally on deprived communities.

The extinction of species further threatens the loss of ecosystems essential to human development, eroding the foundation of our shared livelihood, society’s ability for adaptation, quality of life, and nature’s capacity to store carbon.

Integrated solutions to urban development and social inequality that mitigate climate change and avoid biodiversity loss can create opportunities for cities to deliver growth that is green, low carbon and competitive; and to build societies that are resilient, inclusive, and livable.

Cities are recognized as part of the solution to climate change under the Paris Agreement. The post-2020 biodiversity framework proposed for adoption in Kunming will elevate the ambition of cities to respond to biodiversity loss. An integrated response can further support cities and local governments in actively supporting the objectives agreed to by their national governments.

Each city’s challenges are unique; however, many have implemented one or more of the following in their efforts to develop their own integrated solutions:

The GEF is becoming a leading champion for sustainable cities, and that matters