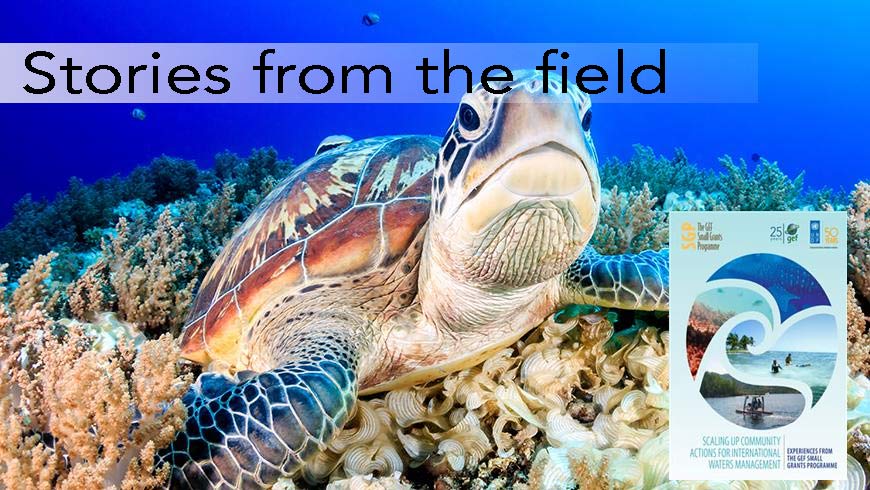 While green turtles are abundant, they face exceptional challenges and the greatest of these is accidental capture in commercial and artisanal fisheries.

In Malaysia, various state and national laws protect marine sea turtles; and four species have been identified for conservation purposes. However, the once abundant leatherback turtle is now functionally extinct. The olive ridley is down to just tens of nests per year. The hawksbill hangs on precariously. Only green turtle numbers remain stable, with several hundred turtles nesting regularly at a few rookeries and some 5,000 nests annually off Sandakan, in Sabah (Borneo).

While green turtles are abundant, they face exceptional challenges and the greatest of these is accidental capture in commercial and artisanal fisheries. Sea turtles share habitats with certain shrimp and fish species and are put at risk by shrimp trawling. As the nets roll along the seabed they indiscriminately catch and drown numerous sea turtles – estimated at some 3,000 to 4,000 each year in Sabah alone.

Until recently, there were limited ecosystem-based fishery management measures in Malaysia, and scant involvement of local fishing communities in fishery management decision-making and policy. Because of this, bycatch remained a serious concern – not only of smaller juvenile and trash fish but also of endangered large marine species such as marine turtles. The lack of protection of turtles (and other marine life) limits Malaysia’s shrimp export due to legal restrictions in importing countries, and turtle populations have continued to decline at alarming rates.

The GEF Small Grants Programme (SGP), implemented by UNDP, supported the Marine Research Foundation (MRF) to develop and implement a long-term national by catch reduction programme in partnership with the Department of Fisheries of Malaysia (DOFM). The programme had an ecosystem-based approach to fisheries to improve the conservation status of sea turtles and their habitats in Malaysia. This was achieved through the use of Turtle Excluder Devices (TEDs), which are oval metal grids affixed in the narrow portion of the net, allowing fish and shrimp to pass through to the cod end while ejecting large objects, such as turtles, through a net webbing ‘trapdoor’.

TEDs improve the quality of the catch, as large objects such as logs and large animals do not crush it, and the reduction of debris in the back of the net saves fuel, which is a benefit to fishers. Although TEDs have many advantages, fishers were wary of using them because of the large exit ‘trapdoor’ in the net that allows turtles and debris to escape, and they were concerned that their target catch would be lost through this opening.

The strategic objective of this project was the conservation of sea turtles by working with local fishing communities and the government to achieve the adoption of TED technology. To this end, the project worked on removing knowledge barriers, promoting national and state mainstreaming activities, and fostering community-based stewardship among fishers. The project worked directly with fishing communities in six key states in the country (Kelantan, Terengganu, Pahang, Johor, Sarawak and Sabah) and with the Department of Fisheries in Malaysia to introduce TEDs in coastal communities using demonstration trials, practical TED construction workshops, knowledge exchange sessions, and at-sea comparison trials, data gathering and sharing.

The project also helped Malaysia to achieve key commitments under international agreements including the Convention of Biological Diversity, the IOSEA Turtle MoU (reduction of bycatch, reduction of direct turtle mortality), the Coral Triangle Initiative (Ecosystem Approaches to Fishery Management and conservation of threatened marine fauna), and the Sulu Sulawesi Seascape programme. The current project builds on several years of project implementation experience in the course of two SGP grants and leveraging co-financing from several other donors.

Furthermore, because of the project there is now a dialogue between the Governments of Malaysia and the Unites States, through which Malaysia intends to seek a Section 609 certification from the US State Department that would allow export of shrimp fishery products to US markets. The first visit of the US State Department officials to meet with Malaysian Fishery Department officials was scheduled for late April 2016.