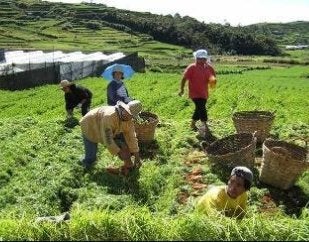 Washington DC, January 21, 2011— A pilot project designed to enable targeted rural communities in the Philippines to cope with the impact of climate change has been launched with the signing of a $4.974 million grant agreement between the Philippine Government and the World Bank on December 21, 2010.

This grant was awarded by the Special Climate Change Fund (SCCF) -managed by the Global Environment Facility (GEF) - to the World Bank who will serve as the project’s implementing agency. The SCCF was established under the UN Framework Convention on Climate Change (UNFCCC) in 2001 to finance activities, programs, and measures relating to climate change.

“This initial grant has served as a catalyst to leverage an additional $50.6 million from the Government of the Republic of the Philippines. We believe that this will create the necessary momentum to develop innovative adaptation strategies that can be scaled up for broader climate resilience in the Philippines”, said Monique Barbut, GEF CEO and Chairperson.

To-date, the SCCF has approved more than $115 million in grants and mobilized $785 million in co-financing for 40 projects in over 40 developing countries. The Philippines Climate Change Adaptation Project is the most recent SCCF-financed project to begin implementation.

This project aims to develop and pilot-test adaptive strategies to promote agriculture development and natural resources management in the Philippines. In particular, the project seeks to increase farmers’ capacity to cope with climate change through measures such as making irrigation and other agricultural infrastructure enhancing delivery and effectiveness of extension services for farm-level climate risk management, pilot-testing of a weather index-based crop insurance, and improving management of watersheds and protected areas.

The Philippines has one of the highest exposures to climate change risks—including typhoons, floods, landslides, and droughts—and is ranked in the top 10 countries worldwide at risk for both climate change and disasters. In September and October 2009, tropical storm Ondoy, followed closely by typhoon Pepeng, caused massive flooding, landslides, damage to infrastructure, loss of crops, and loss of human life in an area reaching from Metropolitan Manila to Northern Luzon. These two weather disturbances—the worst on record in the Philippines—disrupted the lives of an estimated 7 million people, caused hundreds of deaths, and damaged crops and infrastructure. The country is also periodically affected by the El Niño phenomenon, which creates strains on water resources due to low water inflows into major watersheds and reservoirs, causing severe losses in agriculture and more hardships for the rural poor.

Established in 1991, the GEF is today the largest public funder of projects to improve the global environment. The GEF has allocated $9.2 billion, supplemented by more than $40 billion in co-financing, for more than 2,700 projects in more than 165 developing countries and countries with economies in transition. Through its Small Grants Programme (SGP), the GEF has also awarded more than 12,000 small grants directly to nongovernmental and community organizations, totaling $495 million. The GEF also manages the Least Developed Countries Fund (LDCF) and the Special Climate Change Fund (SCCF).