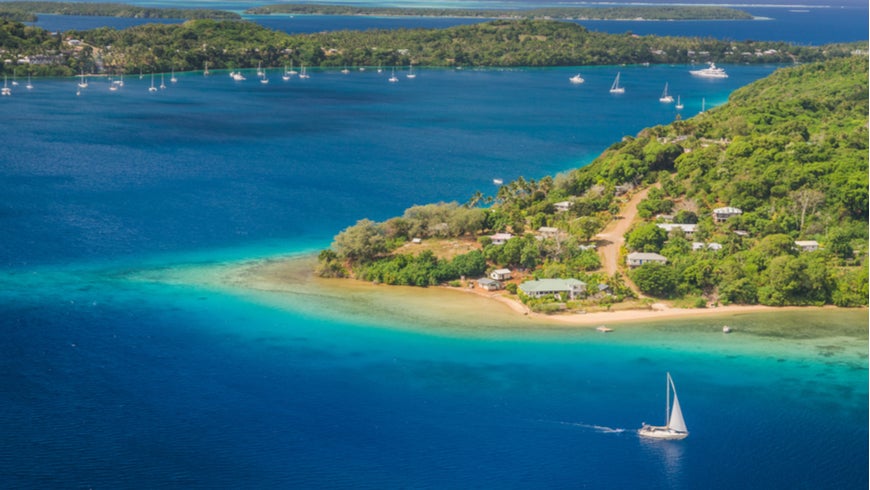 While their small size, relative isolation and unique biodiversity place many SIDS amongst the world’s most sought-after tourist destinations – with the sector representing more than 30 per cent of SIDS' total exports – they are also especially vulnerable to environmental threats. Photo: Michal Durinik/Shutterstock.

Twenty-seven Small Island Developing States (SIDS) have come together in a bid to manage and eliminate toxic chemicals and waste in some of the world’s most vulnerable ecosystems under a new initiative announced today in Washington DC.

Backed by $61 million in funding from the Global Environment Facility (GEF), with partner co-financing of over $389 million, the Implementing Sustainable Low and Non-Chemical Development in Small Island Developing States program – or "ISLANDS" – will support island states across the Caribbean, the Pacific, and the Indian Ocean to manage the growing impacts of chemicals and wastes on their unique environments.

Addressing the 56th GEF Council meeting in Washington DC, GEF CEO and Chairperson Naoko Ishii highlighted the ISLANDS program as “one of the exciting programs to address emerging issues which require immediate action through the creation of effective platforms.”

Ms. Ishii said that while environmental challenges were growing, the world's ability to address them was also becoming stronger, presenting “an historic opportunity to come together to make a difference".

While their small size, relative isolation and unique biodiversity place many SIDS amongst the world’s most sought-after tourist destinations – with the sector representing more than 30 per cent of SIDS' total exports – they are also especially vulnerable to environmental threats.

In the Caribbean for example, the approximately 75 million nights the island is visited by tourists per year are estimated to generate as much as 166 million tons of waste annually. Meanwhile, economic development and growing populations are squeezing many islands’ natural resources, straining waste management infrastructure and putting pressure on the fragile ecosystems – like beaches, reefs, and other coastal resources – that the islands rely on to survive.

“As countries with limited land space it is critical to be able to prevent a build of toxic materials in our environment,” said Jewel Batchasingh, Acting Director of the Basel Convention Regional Centre for Training and Technology Transfer for the Caribbean Region.

“The ISLANDS program will help us to achieve this through creating the enabling policy and legislative environment to manage chemicals and waste responsibly.”

“Small Island Developing States are living each day with the devastating impacts of climate change and pollution. The challenge of protecting these unique and vulnerable ecosystems is a global one and we are all responsible,” said Joyce Msuya UN Environment Acting Executive Director.

“In supporting island nations in better managing the growing threat of toxic chemicals and waste, we can play an important role in strengthening their ability to meet global commitments and become world leaders in sustainability.”

This piece was originally published by UN Environment.