Towards a “Great Food Transformation” 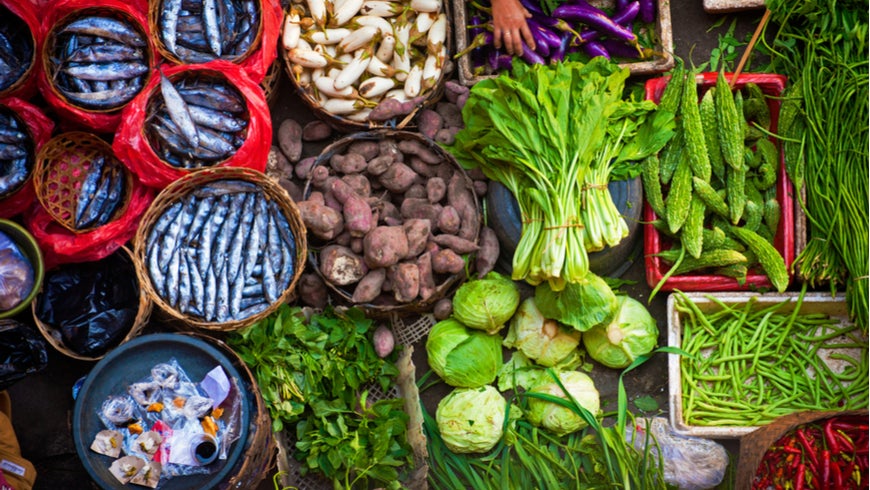 Unsustainable food systems are threatening human health and environmental sustainability. We need to change the way we farm—and our diets.

There are more of us, we’re getting wealthier, and we’re demanding more protein-rich foods, such as meat. In the long run, this is simply not sustainable.

Unhealthy and unsustainably produced food poses a global risk to people and the planet, says a new study by the EAT-Lancet Commission. More than 820 million people are undernourished and many more consume an unhealthy diet that contributes to premature death. Global food production is the largest pressure caused by humans on Earth, threatening local ecosystems and the stability of the Earth system, it says.

Current dietary trends, combined with projected population growth to about 10 billion by 2050, will exacerbate risks to people and planet. The effects of food production on greenhouse gas emissions, nitrogen and phosphorus pollution, biodiversity loss, and water and land are reducing the stability of the Earth’s ecosystems.

One of the biggest drivers of deforestation is the expansion of livestock farming to feed a growing population, whose diet is increasingly meat-rich.

“Of the 250,000 known plant species, only 7,000 have been used for human food since the origins of agriculture. Of these, just 12 crops and five animal species provide 75 per cent of the world’s energy intake. Over the last 50 years, human diets have become 37 per cent more similar.

“Current food production and consumption revolves around only three staple crops. Our reliance on homogenous diets is a major contributor to global malnutrition, poverty and environmental degradation,” says Sakalian.

“We don’t have a silver bullet, but there are plenty of things we can do. We can eat less meat and switch to a plant-rich diet; we can move away from monoculture; we can use fertilizer in a much more targeted way; we can tap into indigenous knowledge of plant and animal species and encourage conservation of wild crop species.”

Thousands of species exist on farms and in the wild. Among these are millions of varieties, many of which are nutrient-rich and well adapted to local ecosystems. This agrobiodiversity is critical in ensuring a sustainable food system. Healthy diets based on sustainable food systems are necessary to achieve the United Nations Sustainable Development Goals and the Paris Agreement, and scientific targets for healthy diets and sustainable food production are needed to guide what the EAT-Lancet Commission calls “a Great Food Transformation”.

The EAT-Lancet Commission came up with a “planetary health diet" that does not completely banish meat and dairy but is plant-rich.

“This is an important study that echoes and supports UN Environment’s recent work,” says Sakalian.

Biodiversity is crucial to better nutrition

UN Environment is leading Biodiversity for Food and Nutrition—a joint programme with Biodiversity International, the Food and Agriculture Organization of the United Nations, and the governments of Brazil, Kenya, Sri Lanka and Turkey. It is the first global initiative of its kind to develop and test a successful comprehensive, multisectoral approach to mainstreaming biodiversity for improved nutrition, linking evidence, policies, markets and awareness.

UN Environment and partners recently published Mainstreaming Biodiversity in Production Landscapes, which summarizes the outcomes, lessons learned, good practices and technical assistance provided to partner countries by UN Environment on mainstreaming conservation and sustainable use of agricultural biodiversity into production systems. This work is carried out through a diverse portfolio of Global Environment Facility-supported projects and programmes in over 36 countries worldwide.

In October 2018, UN Environment won an award for its work on food systems. UN Environment’s TEEBAgriFood report organizes the complexities of three main blocks of the food value chain—food production, distribution and consumption. It provides a new evaluation framework to capture malign and benign impacts of food production, distribution and consumption to make it sustainable, equitable and healthy. In so doing, it provides guidance for the global food sector, which employs 1.3 billion people—more than any other sector.

In January 2019, UN Environment also highlighted the importance of insects for ecosystems and sustainable food production in a brief titled: We are losing the “little things that run the world”.