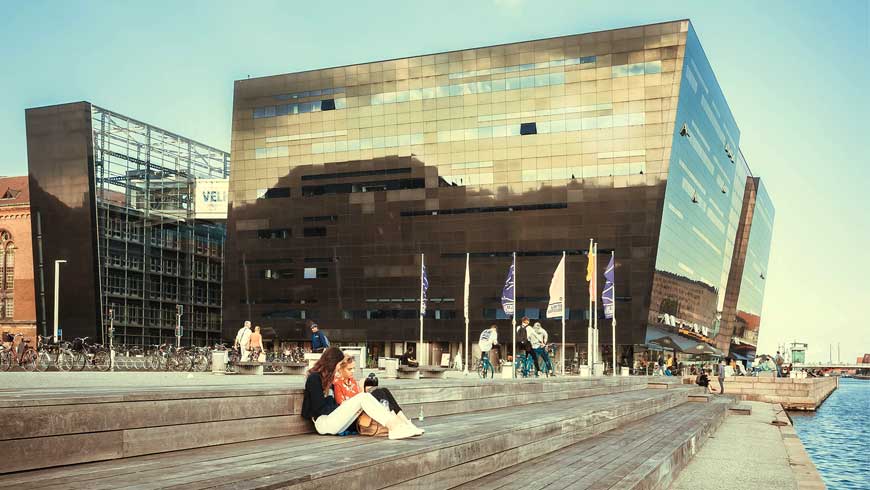 Heating and cooling consume about 30 per cent of global energy, almost all of it from fossil fuels. Rethinking cities' energy use can play a huge role in cutting emissions.

UN Environment’s District Energy in Cities Initiative, which is unlocking private sector finance to cut greenhouse gas emissions from heating and cooling, has been named best State-of-the-Art partnership in the energy sector at a global summit, hosted by the Prime Minister of Denmark.

The initiative beat off competition from initiatives led by major development banks at Copenhagen’s Partnering for Green Growth and the Global Goals 2030 summit, which brings together world leaders, the private sector and civil society to accelerate partnerships that support sustainable development.

“Heating and cooling consume about 30 per cent of global energy, almost all of it from fossil fuels,” said Erik Solheim, Head of UN Environment. “If we are serious about creating a better future, we need to rethink how we heat and cool our homes, businesses and cities. Modern district energy can play a huge role in cutting emissions.”

These new systems have helped some cities halve their primary energy consumption for heating and cooling. Denmark is 64 per cent connected to district energy, which has knocked 20 per cent off CO2 emissions. Meanwhile, the European Union generates enough waste heat to heat all of its buildings. The only way to use this is through district energy.

The Initiative is working with 36 cities across the globe to help plan for and deliver modern district energy projects.

With the help of the Initiative and the European Bank for Reconstruction and Development, for example, the city of Banja Luka in Bosnia and Herzegovina updated its 35-year-old network. These retrofits increased the share of renewables in the system by 75 per cent, slashed CO2 emissions, improved air quality, and saved USD 1 million a year in reduced fuel use.

The Initiative’s model encourages investment by partnering early in market development to prepare financially sound projects. Such investment is crucial to deliver the trillions of dollars in finance needed annually to meet global development goals and stay on a 1.5degree path to avoid the most catastrophic impacts of climate change.

Presenting the award at P4G, GEF CEO and Chairperson Naoko Ishii congratulated UN Environment “This Initiative is a stellar example of the GEF philosophy of public-private partnerships. We are pleased to support such innovative Initiatives that unlock financing solutions for cleaner energy and more sustainable cities.”

In Banja Luka, the Initiative’s approach unlocked USD 22 million in project finance – with 51 per cent private sector investment and the rest a loan from the European Bank for Reconstruction and Development.

The local utility has gone from a negative balance sheet to making USD 1.5 million annually in net revenue. District energy is good for the planet and the pocket.

“The impact of the District Energy in Cities Initiative is truly impressive” said Kim Fausing, President and CEO of Danfoss. “This partnership made it possible to develop new markets for a future-proof technology, creating project pipelines building from awareness raising to project development. Such scale is only achievable through the unique public-private partnership that UN Environment and the GEF have established in this Initiative.”

Overall, district energy can bring returns from 12 to 20 per cent, with a break-even point from 2 to 8 years. This makes it an attractive investment for the private sector.

Backed by partners such as Danfoss, a manufacturer of products used in cooling and heating, and donors such as the Global Environmental Facility, the Danish International Development Agency, and the Italian Ministry of Environment Protection, Land and Sea, the Initiative is accelerating change in countries from Chile to India to Morocco.

For more information on the District Energy in Cities Initiative.