UNFCCC: celebrating 25 years of the GEF 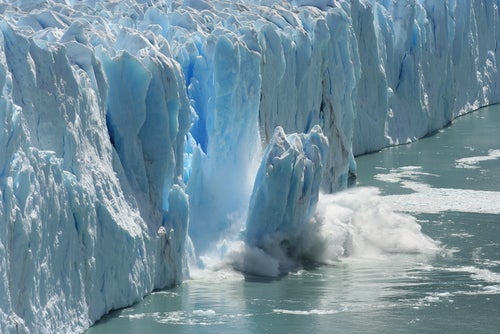 Whenever an organization that does a great deal of good for the world­ reaches a major milestone, it is a cause for celebration. The twenty-fifth anniversary of the establishment of the Global Environmental Facility, or GEF, is no exception. For the past quarter century, the GEF has empowered the developing world and enabled positive progress on our most urgent environmental issues. Today, the GEF stands as a testament of what can be accomplished through collaborative and cooperative action.

As the GEF celebrates its twenty-fifth anniversary, its accomplishments must be recognized. The GEF has invested billions of dollars directly, and leveraged tens of billions more towards a better future.

This work isn’t limited to the 167 countries the almost 4,000 projects are in, but for every country. We all share the oceans and atmosphere and we all benefit from vibrant forests and well-managed land. In a world where environment and economy must move forward together to open opportunity for all, the role of the GEF as the financial mechanism for the Rio Conventions builds crucial bridges.

The GEF deserves recognition in particular for supporting governments negotiating last year’s Paris Agreement. Under the United Nations Framework Convention on Climate Change (UNFCCC), the convention devoted to the stabilization of greenhouse gas concentrations in the atmosphere at a level that prevents dangerous anthropogenic interference with the Earth’s climate system, 195 countries and the European Union adopted the first universal climate change agreement. It could not have happened without the GEF.

The historic Paris Climate Change Agreement adopted in December of 2015 marked a turning point in the global response to climate change. The Paris Agreement is built on a foundation of 190 Intended Nationally Determined Contributions, or national climate change action plans, and supported broadly by investors, businesses, regions and cities. It is a framework for concrete action that outlines a vision of a sustainable future where growth does not come at the expense of the vulnerable or the planet.

Throughout the negotiations that led to the Paris Agreement, the GEF provided crucial support to developing world governments. The GEF provided hundreds of millions of dollars for UNFCCC-related reporting and assessments, including the Intended Nationally Determined Contributions. And the GEF helped integrate the findings of these documents into national policy planning and implementation.

To put it simply, many of the national climate change action plans that underpin the Paris Agreement were made possible by the GEF. And many developing world governments were able to negotiate with confidence because of GEF support in planning an orderly and smooth transition to low-emission and highly resilient growth.

With the Paris Agreement in place alongside a set of aspirational Sustainable Development Goals, we have a framework to transform growth into a model that meets our development needs even as our population swells from 7 to 9 billion people or more.

If Paris was a turning point, the next few years will determine if we truly were able to steer the ship in a new direction towards a healthy economy underpinned by a healthy planet.

From a climate change perspective we know what this new direction will look like. We must bend the emissions curve as quickly as possible and drive emissions down with an aim of limiting temperature rise to less than 2 degrees Celsius, or better still, 1.5 degrees.

If we can do this, we will arrive at the destination of climate neutrality, the point where our greenhouse gas emissions are in balance with the planet’s ability to absorb emissions. This is the long-term goal of the Paris Agreement, and a goal that will serve our sister Rio Conventions by reducing land degradation and improving the outlook for biodiversity.

Helping countries adapt to climate impacts – particularly through the Special Climate Change Fund and the Least Developed Country Fund – improves the lives of millions and creates a portfolio of projects that provide practical knowledge for increasing resilience. With adaptation now elevated to its own goal in the Paris Agreement, this work also contributes to the success of the Paris outcome.

Success of the Paris Agreement also hinges on transparency. The GEF is spearheading the new UNFCCC Capacity-Building Initiative for Transparency, which will help all countries accurately assess and report their progress to ensure we are on course to meet our collective global goals.

With the record-breaking signing of the Paris Agreement at the Secretary-General’s ceremony in April of 2016, there is no question regarding the future direction of global growth or our destination.

To get on course to low-emission and highly resilient growth and arrive at climate neutrality as quickly as possible, the spirit of collaboration that enabled success in Paris must continue and escalate even further. Governments must work together and work with the private sector. Agencies across the United Nations must seek synergies in their work and cooperate across traditional silos. We all must recognize that we have common goals and work together to overcome our economic and environmental challenges.

Under the able guidance of Naoko Ishii, the GEF has long sought synergies between different arms of the UN organization and supporting governments as they seek to improve their economic outlook while safeguarding their environmental resources. When you consider each individual dollar in support of climate action, you can also see that this supports food and water security, energy security, biodiversity and a host of other issues across the sustainable development agenda. Collaboration must come to define our work as it has defined the role of the GEF.

Collaborative action implemented with urgency and purpose towards our climate change and development goals can and must usher in a new era of growth. This new era of growth holds great potential to lift people out of poverty, safeguard the most vulnerable populations and protect the planet’s natural capital that underpins human development.

The GEF, the UNFCCC, our sister Rio Conventions, the UN System and every government in the world must do their part to breathe life into the aspirational vision that the Sustainable Development Goals and Paris Agreement represent. From what I have seen in 2015 and how the momentum for change has carried into 2016, I am optimistic that achieving this vision is in our reach.

We must turn aspiration into achievement. We must turn vision into reality. We must turn incremental good into enduring good. If we follow the lead of the GEF and build on the foundation put in place last year, we can deliver a lasting legacy of climate-safe and sustainable growth to our children and their children.