Waste not, want not 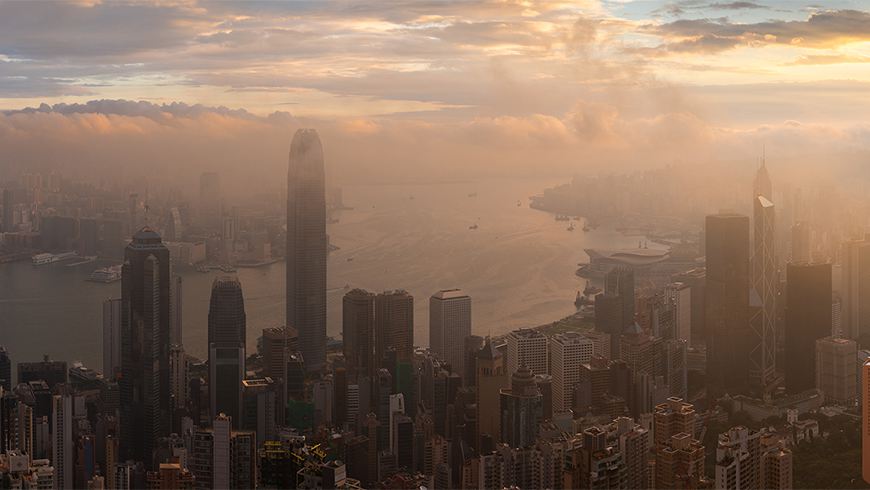 Society benefits from hundreds of thousands of chemical products, but some have undesired effects. We also produce a lot of waste, much of it hazardous, and seem to think it will go away and vanish. Yet - despite being separated by half a century and half a planet - Rachel Carson, and the Beijing anti-smog police are united in clearly demonstrating that chemical products damage not just the environment and human health, but jobs and the economy.

Our planet – and its global commons - do not have the means to detoxify wastes unassisted, so all countries should be concerned about managing and disposing of chemicals and products. The international legal framework for addressing growing air, land and water pollution – and illegal dumping of hazardous wastes across borders - is partly established by three global United Nations conventions: the Basel, Rotterdam and Stockholm Conventions. Any planet-wide solution for managing chemicals, wastes and pollution implies implementing them effectively.

Toxic smogs engulf many mega-cities, up to a reported 12.7m metric tonnes of plastic enters the oceans each year, and a reported 40-50m tonnes of electronic waste illegally crosses borders annually. All are consequences of unsustainable consumption and poor management of polluting products.

After traversing our rivers, oceans and atmosphere, many of those chemicals end up in cities and villages, on our plates, and in our bodies. Most things around us derive from, or are contaminated by, some chemical product. Our children grow up with hundreds of chemicals accumulating in their bodies. Human bodies accumulate more than a thousand man-made chemicals, some of which undoubtedly affect health, including retarding development in young children, prompting dementia in the elderly, and causing cancer. The World Health Organization attributes 12.6 million annual deaths to an unhealthy environment.

International negotiations on controlling and managing dangerous chemicals are often challenging, as they have to balance and trade off economic interests, impacts on markets, jobs, health, livelihoods and the environment. Placed in the right perspective, and subject to rigorous scientific assessment, the business case for managing chemicals and wastes better is strikingly evident. The World Bank estimates that air pollution costs the global economy about $225bn (£182bn) a year.

Lost labour income and increased healthcare costs together justify efforts to reduce pollution and invest in alternatives – and create opportunities to do so - particularly in less-developed regions. There are significant opportunities for safer, non-toxic alternatives, for better design to extend value chains over products’ life cycle, and for recycling: all can be exploited by industry for economic, environmental, and social gain.

Consumers send powerful signals to industry and governments. We have individual and collective responsibilities in how we consume and dispose of products and wastes, since pollutions knows no borders. However all nations must urgently prioritise their management: what individual people or countries can do is limited.

The Stockholm Convention, with 180 national parties, was instrumental in banning the widespread use of DDT, and restricting it to such specific uses as managing malaria epidemics in certain regions. Efforts to find a cure for malaria and research into alternatives have also reduced its use.

So far the Convention has listed 26 persistent organic pollutants (POPs), unfortunately only a small fraction of the chemicals known to be toxic to human health and the environment. With financial support from - inter alia - the Global Environment Facility (GEF), many countries eliminated a large part of them from consumer markets and industrial production. By June 2016 the GEF had committed $1bn, leveraging approximately $3bn in co-financing - for projects targeted at global reductions, for example of: 10,200 tonnes of PCBs used in power transformers; some 100,000 tonnes of PFOS used in carpeting, leather and upholstery; and 6,130 tonnes of obsolete POPs stockpiles.

Impressive progress, but challenges remain as large stockpiles persist in many parts of the world: leakage from them may result in air, water and soil contamination, causing environmental health issues particularly for vulnerable groups.

Industry remains an important partner. It has the know-how, technologies and resources to reduce or eliminate the use of such chemicals and develop better alternatives. Public-private partnerships brokered by the international community - such as the Partnership for Action on Computing Equipment - have made best practices widely available, and have developed guidance for governments and other stakeholders.

Adopting a life-cycle approach is key, as are policies and incentives to encourage and accelerate a shift towards seeing waste as an economic opportunity if managed properly, rather than an environmental, social and economic cost.
Nevertheless, new chemicals and products proliferate and waste increases as do demands for chemicals in food production. These continue to strain meagre resources for sound management. The global chemicals industry earns more than $5tn annually but contributes less than 1% of that to managing chemicals and wastes, through the GEF chemicals and waste portfolio ($2.7bn) and the UN Environment’s Special Programme ($14m).

Sound management of chemicals and wastes must thus be mainstreamed throughout all the sustainable development goals, in which aspects of their use are ubiquitous. Focussing on impacts on the global environment and human health helps solve challenges – whether climate change, biodiversity loss or chemicals and waste management – and promotes wider sustainable development.

The conventions’ Conference of the Parties in April will address some of these challenges and explore a greater role for industry. The conventions create opportunities not barriers. Pollution, in all its forms, undermines economic development, allowing poverty, instability and other crises to persist. The SDGs will surely fail if we cannot halt and reverse the rising tide of contamination, ocean plastics, toxic waste, and poison pumped into our shared planet. But sound management of chemicals and wastes will make it healthier, wealthier and more productive.

BRS and the GEF: working together to rid the world of persistent organic pollutants (POPs)