'We need to do better, and certainly we can' 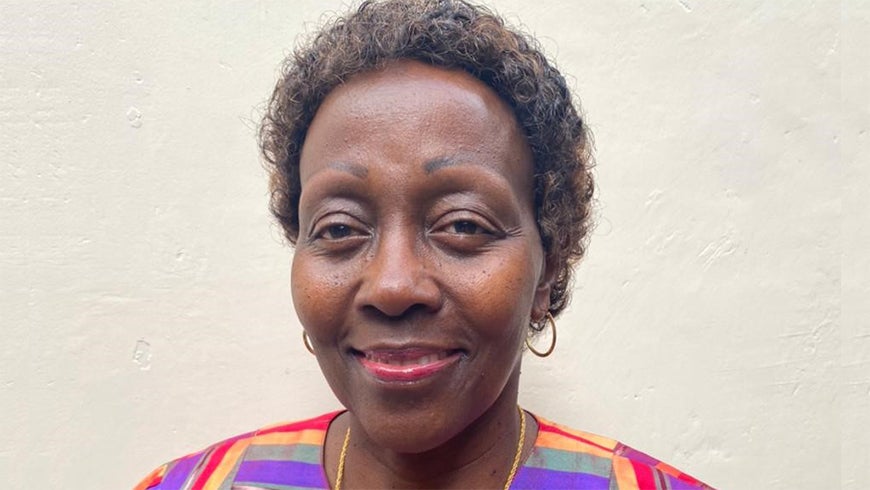 Elizabeth Maruma Mrema is Executive Secretary of the UN Convention on Biological Diversity, a 196-country treaty that aims to conserve the diversity of nature, ensure nature is used sustainably, and ensure that the benefits to people from the use of genetic diversity is shared fairly. In an interview, she shared what gives her hope as countries prepare to set new global biodiversity targets in 2021.

Why is biodiversity important?

Biodiversity is the foundation of life. It provides us with the air we breathe, water we drink, food we eat, it sequesters carbon, and yields many other benefits – all of which are crucial for human survival.

Put another way, biological diversity is a global asset, with tremendous value to both present and future generations. This is not only about plants, animals, micro-organisms, and their ecosystems. Biodiversity is about people and our need for food security, medicines, fresh air and water, shelter, and a clean and healthy environment in which to live.

How has COVID-19 impacted your work?

We’ve seen a level of engagement during the pandemic that is very encouraging, through for example, the UN Summit on Biodiversity and the Leader’s Pledge For Nature, and also at the grassroots level.

Importantly, it has also helped raised the profile and importance of the One Health approach, which calls for managing ecosystems, including agricultural and urban ecosystems, in an integrated way that promotes both healthy ecosystems and healthy people.

We are now working toward our 15th Conference of the Parties meeting, tentatively scheduled for Oct. 11-24 in Kunming, China. Preparatory discussions and negotiations have been held virtually over the past several months, including gatherings of the Subsidiary Body on Scientific, Technical and Technological Advice and the Subsidiary Body on Implementation. We are adapting to the “new normal” and also finding some positive outcomes from video meetings – for instance, developing countries have been able to have more delegates participate than would have been possible in in-person negotiations.

The Global Environment Facility funds the Convention on Biological Diversity’s work on biodiversity, biosafety, and access and benefit-sharing, and the institutions work together on many shared initiatives. Is there a GEF-supported project that is especially close to your heart?

There have been thousands of GEF-supported projects that have connected the dots between diversity and other related areas, including climate change, food and land use, deforestation, ocean health, chemicals and waste, and more. It is meaningful to me that each of these projects embody the theory of change. In many cases, they have triggered transformation that went beyond the scope of the funded activities, with an extended time horizon.

When I was Director of the Law Division at the UN Environment Programme (UNEP), my division developed and executed a global support project for the ratification and entry into force of the Nagoya Protocol on Access and Benefit-sharing. This is an international agreement aimed at ensuring benefits from the use of genetic diversity are shared fairly and equitably – and all signatories of the Convention on Biodiversity are parties to the protocol. With a modest budget, the project worked to enable 20 countries from Africa, Eastern Europe, and Central Asia to develop and enforce legal and regulatory frameworks and administrative procedures related to access to genetic resources and benefit-sharing.

Through this project, the participating countries were able to engage their parliaments with broad stakeholder participation in approving the ratification or accession to the Nagoya Protocol, and amend existing legislation or develop new legislation on access and benefit sharing. My division also organized knowledge sharing workshops and developed an e-booklet on lessons learned and best practices.

I can testify from my own experience that through this one project, changes were made: awareness was raised, stakeholders were engaged, knowledge was shared, national legal and regulatory frameworks and administrative procedures were aligned with the requisites of the Nagoya Protocol, and above all, the membership of the international agreement grew. These are changes with lasting effects.

In its last funding cycle, the GEF allocated more than $1 billion toward biodiversity – it was its largest investment area from 2018 to 2021. I am encouraged to see that biodiversity protection is again prominent in discussions for the trust fund’s next replenishment, and look forward to continuing to work closely together in support of a nature-positive future.

What life lessons has your work taught you?

Something humbling I have learned through my work is that every action or activity I undertake as an individual has a positive or negative impact on biodiversity. Virtually every human action, be it the choice of diet, or the choice of food I buy – be it glittering tomatoes and apples or regular ones direct from farms that may not be as aesthetically pleasing in terms of their size and shape.

Consequently, I know the responsibility is on me as an individual to ensure that I contribute positively to reverse and halt biodiversity loss, which is currently unprecedented in human history. Since action must start with me, it is equally important to encourage those close to me, beginning with my own family, to be aware of the impacts our actions have on nature and thus learn and practice to ‘reuse and recycle’ and to minimize or reduce domestic waste.

The scale of recent biodiversity loss is stark. What gives you hope?

I have great faith that we as humans can come together and solve mutual problems such as this.

When we take action, we make progress. Yes, we failed to fully achieve the Aichi Biodiversity Targets. But over the past decade, we have significantly increased the share of the planet that is protected – 17 percent of the world’s land and 8 percent of the seas are now covered by protected areas and other effective area-based conservation measures. We have also made good progress on identifying and managing invasive species, we have seen a reduction in the rate of deforestation by 30 percent, and without our collective actions, the number of bird and mammal extinctions since the Convention on Biodiversity came into force would likely have been three to four times higher.

Furthermore, while the pandemic has been devastating to millions of people around the world, there is a realization now, by the general public and world leaders alike, that many of the answers to our most pressing concerns lie in biodiversity. Through nature-based climate solutions and as a remedy to food and water insecurity and strained livelihoods, biodiversity could be the basis for a sustainable future.

I think this message is starting to come across, especially among young people. Those campaigning for action on climate change and to stop destruction of the natural world are having an important role in influencing public opinion and government policy in many countries. This gives me great hope.

What are you looking forward to in 2021?

First and foremost, major progress is being made in the development and eventual adoption of a robust, ambitious new global biodiversity framework. The first draft recognizes that urgent action is required – globally, regionally, and nationally – to transform economic, social, and financial models so the trends that have exacerbated biodiversity loss will stabilize by 2030 and allow for the recovery of natural ecosystems, with net improvements by 2050.

The post-2020 framework can play a significant role in attaining the Sustainable Development Goals and building the resilience that the Intergovernmental Science-Policy Platform on Biodiversity and Ecosystem Services (IPBES) has identified as needed. The new framework will comprise well-designed targets formulated in clear, simple language, with measurable indicators to monitor progress.

The pandemic has reminded the world of the health consequences of our destruction of nature and therefore, it has brought new interest and support for halting biodiversity loss. We now have both the tools and the will to re-imagine and transform our relationship with nature while promoting community and global health. We must take advantage of it.