When the levee breaks: A new wall lifts hope and hearts among Afghan farmers 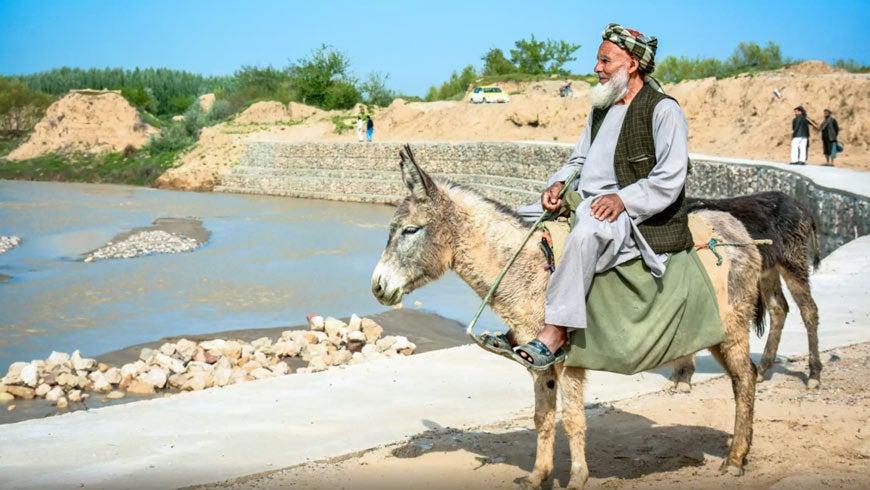 UNDP's Climate Change Adaptation project, with funding from the Global Environment Facility Least Developed Countries Fund, has been undertaking projects in Afghanistan to alleviate flood and drought conditions, which affect 1 in 3 people in the country.

Sami Jan, a 45-year-old villager, remembers the day flash floods erupted near his fields in Balkh district, 25 kilometres northwest of Mazar-e-Sharif city in northern Afghanistan. His crops – his sole livelihood—were washed away and he was trapped in the rising water.

“I had no way to escape,” said Sami. “I would have died that same day if an army helicopter hadn’t rescued me. But my crops were ruined.”

In 2014, the Global Climate Risk Index ranked the Least Developed Country as among the top ten most affected countries in the world.

In a country in which around 80 per cent of people are reliant on rain-fed agriculture and cattle-grazing for their incomes, temperature increases and erratic rainfall - resulting in droughts and floods - are having serious impacts. In addition to loss of lives, climate-driven events have caused extensive damage to assets and property worth millions of dollars.

Disputes over land and water are also a major cause of local insecurity and conflict. 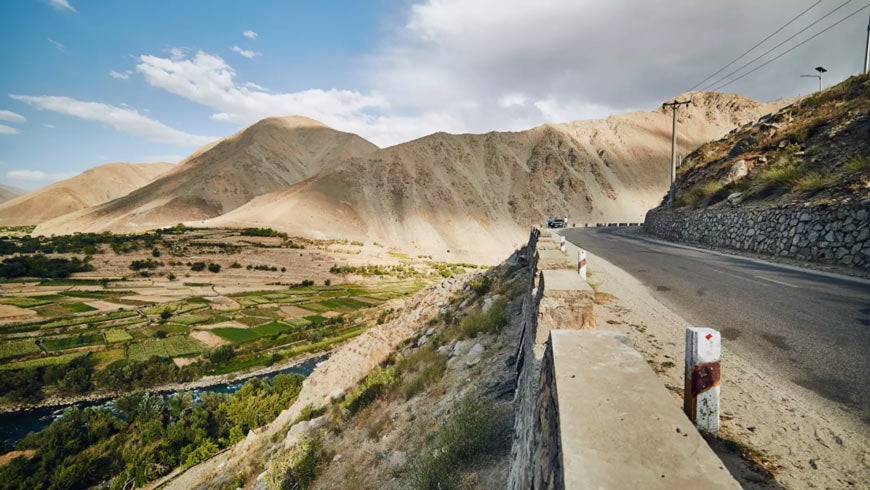 IN THE NORTH, A SWELLING RIVER

The Chimtal River flows through Balkh district, home to 127,000 people, mostly farmers. The river is the main source of irrigation for their farmlands, but over the past decade, flooding from the river has become more frequent and more severe, mainly due to climate change.

By late 2016, floods had affected around 10,000 hectares of farmland in the district. Most of the destruction was recorded around Samarqandian, a village situated where two branches of the Chimtal River merge, where flooding is at its highest.

After years of watching their crops of fruit, cotton and almonds disappear before their eyes, local farmers had given up hope of growing anything, and many no longer even planted crops. “I couldn’t grow anything for two years on my lands,” said Sami.

That is where UNDP and the Government of Afghanistan stepped in to help. 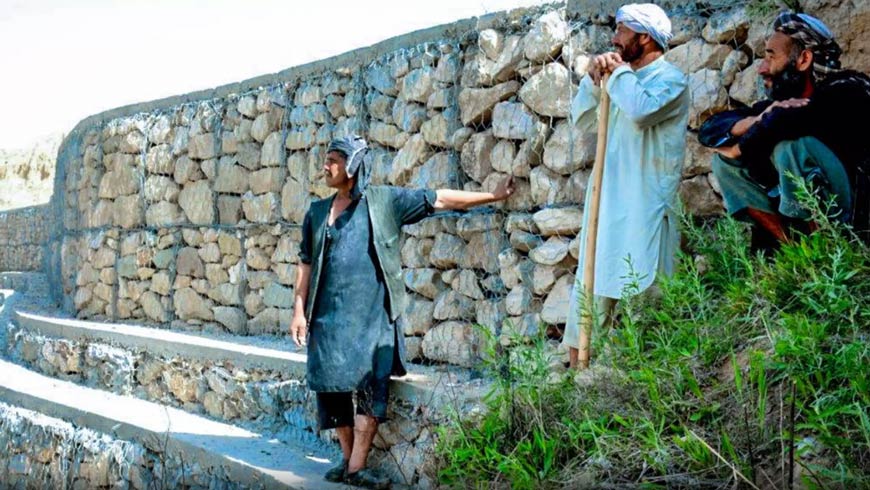 UNDP and the Ministry of Agriculture built a 150-meter-long, 6-meter-tall concrete wall to protect the farmland, and the 30-kilometre-long Dawlatabad canal, which irrigates 10,000 hectares of land. The wall also protects a road that connects farmers from the district to local and provincial markets.

The project has nurtured hope in the hearts of farmers, as their lands will no longer be hit by river flooding. “I can now cultivate my land without fear,” said Qasim, another local farmer and a neighbor of Sami. Sami too is grateful to UNDP for protecting his lands. “My land is safe and my yields have doubled,” said Sami.

Like Sami and Qasim, all farmers in the village can now grow crops over two seasons in a year. In the past, they did not dare grow anything in the summer, because of the risk of flash floods. 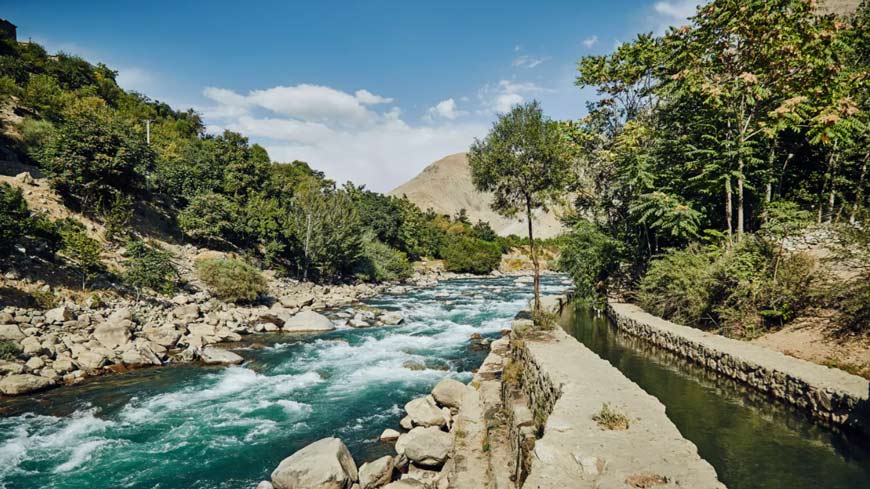 Flood and drought affect 1 in 3 people in Afghanistan.

Additionally, UNDP’s climate change adaptation project has built tens of greenhouses and cold storages in these provinces to enable local communities to adapt to the impending effects of climate change by producing their necessary vegetables and storing products like apples, potatoes and onions for the times these products become scarce and people need them to survive.

Through UNDP’s support, the farmers of Afghanistan can look to the future with feelings of hope, not fear.