When the rain comes: fighting climate change with forecasting in the Comoros 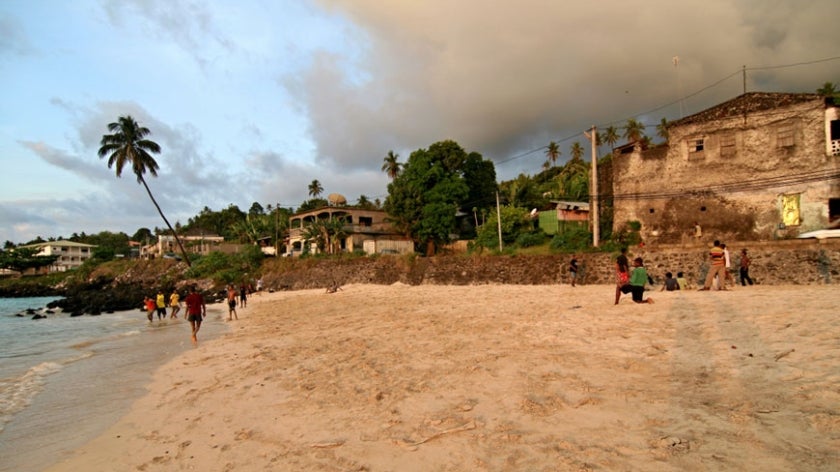 Clouds rolling in over a beach in Comoros.

How improved weather forecasting and observation is helping the Comoros face a changing climate.

The children playing in the school grounds in Diboini, a hilly central area of the Comoros’ main island, pay no attention to the gated area housing unremarkable-looking metal structures.

But in the capital Moroni, staff at the country’s meteorological service are thrilled with what these machines comprising automatic weather stations are doing: generating reliable forecasts to help the country now, and gathering crucial information to predict its future.

“We need data for more than 30 years to try and make reliable forecasts about climate change,” says Mohamed Hamid, the head technician at the agrometeorological service.

Before the Government of the Comoros, UN Environment and partners established five stations across the Comoros’ three islands with the support of the Global Environment Facility (GEF) in 2013, its weather forecasts came from satellites only focused on one point, plus a few outdated stations that were ill-equipped to deal with the islands’ varied topography.

“We only had stations on the coast, and because we live in a country with big mountains, we have real microclimates,” says Hamid. “You can’t study climate change using the data from the coast and extrapolate what’s going on at higher altitudes.”

Having proper climate information is becoming increasingly important in the Comoros, one of the world’s poorest countries with a large rural population that relies on rain-fed agriculture and subsistence farming.

“We used to know exactly when the rain was coming, and there would be six months of rain and a six-month dry season,” says Djuma Mlara, a farmer living in Diboini.

Farmers used to be confident in knowing when the rains would start and stop, and exactly when to plant each crop. “But we no longer have any idea if the rain will continue the next day or if it will turn really sunny,” says Mlara, who has to walk miles to fetch water from storage tanks to stop his harvest of greens, potatoes, manioc and bananas from failing.

“The rain has changed, and it has really reduced. There is not enough water for farming, or even for drinking.”

What little climate data there is on the Comoros shows that this trend is set to continue. “Studies have shown that there is a 0.2 percent increase in temperature per decade, a 10-15 percent drop in rainfall and there is also a problem with rising sea levels,” says Hamid.

Youssouf Elamine Mbechezi, the Director of Forests at the Ministry of Environment in the Comoros, says that unpredictable weather, climate shocks and disasters are hitting the country hard.

“All countries are feeling the effects of climate change, but the world’s islands are a lot more vulnerable than others,” he says. “For example, rising sea levels, very frequent floods, changes in rainfall, cyclones—all these problems affect the population and the country in general. No one escapes climate change.”

Floods have been so severe in recent years that they have destroyed homes or whole neighbourhoods and washed away seeds, crops and soils.

Hamid says that the project is helping the Comoros to improve observation and forecasting of weather patterns to help farmers become more resilient to climate change. “Since most agriculture in this country is rain-fed, we have already gained efficiency and time, because with one click we can receive and process data, and from this we can do more cartography and track rainfall.”

As well as providing more modern equipment that provide a solid database for future reports, the project is also building human capacity for the future. “At this very moment, we have two engineers in Niger being trained in agrometeorology,” says Hamid.

Having more and better information about each island’s different climates at the touch of a button will allow the government to understand climate variability across the Comoros and help more people adapt to the changes around them. “Reliable forecasting comes from having reliable stations,” he says. “This service helps provide reliable information to a variety of users and can play a really important role in progressing the agricultural sector.”

The challenge of climate change in the Comoros